No Federal Taxes for Dozens of Big, Profitable Companies

FedEx and Nike are among those found to have avoided U.S. tax liability for three straight years. 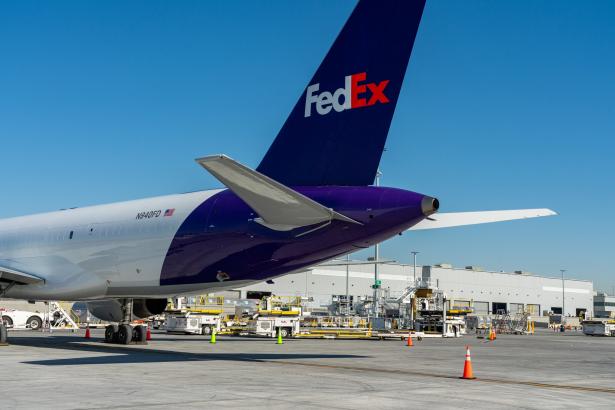 Just as the Biden administration is pushing to raise taxes on corporations, a new study finds that at least 55 of America’s largest paid no taxes last year on billions of dollars in profits.

The sweeping tax bill passed in 2017 by a Republican Congress and signed into law by President Donald J. Trump reduced the corporate tax rate to 21 percent from 35 percent. But dozens of Fortune 500 companies were able to further shrink their tax bill — sometimes to zero — thanks to a range of legal deductions and exemptions that have become staples of the tax code, according to the analysis.

Salesforce, Archer-Daniels-Midland and Consolidated Edison were among those named in the report, which was done by the Institute on Taxation and Economic Policy, a left-leaning research group in Washington.

Twenty-six of the companies listed, including FedEx, Duke Energy and Nike, were able to avoid paying any federal income tax for the last three years even though they reported a combined income of $77 billion. Many also received millions of dollars in tax rebates.

These are Fortune 500 companies with enough public information to show that they were profitable in 2018, 2019 and 2020 and had a total effective federal tax rate of zero or less over those three years, according to data compiled by the Institute on Taxation and Economic Policy.

Companies’ tax returns are private, but publicly traded corporations are required to file financial reports that include federal income tax expense. The institute used that data along with other information supplied by each company on its pretax income.

Catherine Butler, a spokeswoman for Duke Energy, responded in an email that the company “fully complies with federal and state tax laws as part of our efforts to make investments that will benefit our customers and communities.”

She pointed out that the bonus depreciation, intended to encourage investment in areas like renewable energy, “caused Duke’s cash tax obligations to be deferred to future periods, but it did not eliminate them.” According to a filing at the end of 2020, Duke has a deferred federal tax balance of $9 billion that will be paid in the future.

DTE Energy, a Detroit-based utility that was also found to have paid no federal taxes for three years, said major investments in modernizing aging infrastructure and new solar and wind technologies were the primary reasons last year. “For utilities, the benefit of these federal tax savings are passed on to utility customers in the form of lower utility bills,” it said in a statement.

A provision in the 2017 tax bill allowed businesses to immediately write off the cost of any new equipment and machinery.

The $2.2 trillion CARES Act, passed last year to help businesses and families survive the economic devastation wrought by the pandemic, included a provision that temporarily allowed businesses to use losses in 2020 to offset profits earned in previous years, according to the institute.

DTE used that provision to get an accelerated refund of credits representing $220 million of previously paid alternative minimum taxes, the company said.

FedEx, too, took advantage of provisions in the CARES Act, using losses in 2020 to reduce tax bills from previous years when the tax rate was higher. It said those provisions “helped companies like FedEx navigate a rapidly changing economy and marketplace while continuing to invest in capital, hire team members, and fund employee pension plans.”

The report is the latest fodder in a debate over whether and how to revise the tax code. Policymakers, business leaders and tax experts argue that many deductions and credits are there for good reason — to encourage research and development, to promote expansion and to smooth the ups and downs of the business cycle, taking a longer view of profit and loss than can be calculated in a single year.

“The fact that a lot of companies aren’t paying taxes says there are a lot of provisions and preferences out there,” said Alan D. Viard, a resident scholar at the American Enterprise Institute, a conservative research group. “It doesn’t tell you whether they’re good or bad or indifferent. At most it’s a starting point, certainly not an ending point.”

He pointed out that the Biden administration itself supported tax credits for green energy investments.

The Institute on Taxation and Economic Policy has been issuing a form of its report on corporate taxes for decades. During the 2020 presidential campaign, its findings grabbed center stage, with Democratic candidates citing it to argue the tax code was deeply flawed.

Tax avoidance strategies include a mix of old standards and new innovations. Companies, for example, saved billions by allowing top executives to buy discounted stock options in the future and then deducting their value as a loss.

The Biden administration announced this week that it planned to increase the corporate tax rate to 28 percent, and establish a kind of minimum tax that would limit the number of zero-payers. The White House estimated that the revisions would raise $2 trillion over 15 years, which will be used to fund the president’s ambitious infrastructure plan.

Supporters say that in addition to yielding revenue, the rewrite would help make the tax code more equitable, requiring individuals and companies at the top of the income ladder to pay more. But Republicans have signaled that the tax increases in the Biden proposal — which Senator Mitch McConnell of Kentucky, the minority leader, called “massive” — will preclude bipartisan support.

Referring to the proposed revisions, Matt Gardner, a senior fellow at the taxation institute, said, “If I were going to make a list of the things I would want the corporate tax reform to do, this outline tackles all these issues.”

Deductions and exemptions wouldn’t disappear, but other changes like the minimum tax would reduce their value, he said.

Patricia Cohen covers the national economy. Since joining The Times in 1997, she has also written about theater, books and ideas. She is the author of “In Our Prime: The Fascinating History and Promising Future of Middle Age.” @PatcohenNYT • Facebook