Under Dr. Fowler’s leadership, the Maryland Office of the Medical Examiner has been complicit in creating false narratives about what kills Black people in police encounters. 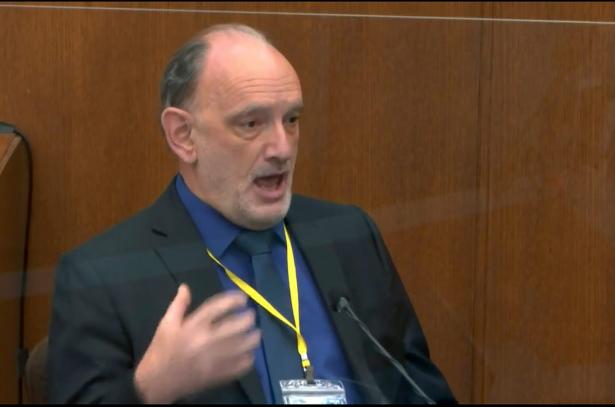 “Under Dr. Fowler’s leadership, the Maryland Office of the Medical Examiner has been complicit in creating false narratives about what kills Black people in police encounters, including Tyrone West, Tawon Boyd, Anton Black, and too many others,” Kumar said in a statement.

Retired, Fowler is a defendant in a wrongful death lawsuit brought by the family of Anton Black, a 19-year-old killed in police custody after being subdued on the ground for six minutes on the Eastern Shore in 2018.

According to an autopsy report published by The Baltimore Sun, Fowler ruled Black’s death an accident, stating that sudden cardiac death with factors contributed by Black’s diagnosis of bipolar disorder was the cause.

“The medical examiner’s office ruled that Anton Black’s death was not a homicide even though video showed police chase him, tase him, and pin him face down to the ground after he was handcuffed and at which point he stopped breathing,” Kumar said. “The medical examiner blamed Anton for his own death — peppering its report with false claims about laced drugs, a heart condition, and even Anton’s bipolar disorder — instead of the police who killed him.”

Chauvin faces murder charges for the death of George Floyd, who died on May 25 in police custody; witness videos showed Chauvin kneeling on Floyd’s neck for nearly 9 minutes.

Floyd’s official cause of death on his death certificate prepared by Dr. Andrew M. Baker, the Hennepin County chief medical examiner, was ruled a homicide. He died of cardiopulmonary arrest caused by “law enforcement subdual, restraint, and neck compression,” according to the report.

Heart conditions, “fentanyl intoxication” and “recent methamphetamine use” were listed as other contributing conditions.

“In my opinion, Mr. Floyd had a sudden cardiac arrhythmia due to his atherosclerotic and hypertensive heart disease — you can write that down multiple different ways — during his restraint and subdual by the police. And then his significant contributory conditions would be … the fentanyl and methamphetamine,” Fowler told the court Wednesday.

“There is exposure to a vehicle exhaust — so potentially carbon monoxide poisoning … and the other natural disease process that he has. So all of those combined to cause Mr. Floyd’s death.”

Medical witnesses called by the prosecution earlier in the trial testified that any potential contributing factors were irrelevant and that Floyd died because of Chauvin’s actions.

Kumar said Fowler downplayed “the role of police actions in causing a death,” in the cases of Floyd and Black.

“Dr. Fowler is again ignoring plain evidence in the killing of a Black man who would be alive but for the actions of other people because those people were police. Medical examiners hugely impact our ability to end police violence,” she said. “When medical examiners and others downplay the role of police actions in causing a death, they are both protecting police and hiding information that could prevent avoidable deaths. That is exactly what happened in the police killing of Anton Black, and other Black people in Maryland. We hope that ends now.”

The appearance of Fowler at Chauvin’s trial comes on the heels of the end of the 2021 legislative session, where lawmakers worked to enact sweeping police reform legislation inspired by national outrage at Floyd’s death.

The General Assembly presented five reform bills to Gov. Lawrence J. Hogan Jr. (R) — two of which he allowed to become law without his signature.

He vetoed the remaining three, including Anton’s Law, named in honor of Black, which will regulate the execution of search warrants and allow officer misconduct records to be disclosed to the public.

“When 19-year-old Anton Black was tragically killed … I was among the first to call for full transparency and answers for his family from law enforcement and the medical examiner’s office. I support updating procedures to executing search warrants and the disclosure of investigatory and personnel records,” Hogan wrote in his veto letter, in which he said the changes proposed by the legislature were too restrictive. “As amended, these provisions place the officers’ safety at risk, erode officers’ relationships with the residents of our most vulnerable communities, and deter witness participation in the prosecution of violent crimes.”

The bill’s sponsors Sen. Jill P. Carter (D-Baltimore City) and Del. Gabriel Acevero (D-Montgomery) have worked with the Black family over the course of several years to enact this legislation. And while they hail its passage as a win, both said more reforms are needed.

“While passage of this legislation won’t bring Anton back nor will it heal the pain of his family and community, with Anton’s Law we’ve moved a step closer to building community trust by ensuring transparency, which is critical to holding law enforcement as well as agencies accountable,” Acevero said in a statement. “As historic as the passage of Anton’s Law is, there’s more work to be done, and don’t plan on resting any time soon.”

Hannah Gaskill received her master’s of journalism degree in December 2019 from the University of Maryland. She previously worked on the print layout design team at The Diamondback, reported on criminal justice in Maryland for Capital News Service and served as a production assistant for The Confluence — the daily news magazine on 90.5 WESA, Pittsburgh’s NPR member station.

Maryland Matters is an independent, nonprofit and nonpartisan news site. We are not the arm of a profit-seeking corporation. Nor do we have a paywall — we want to keep our work open to as many people as possible. So we rely on the generosity of individuals and foundations to fund our work.

Maryland Matters is a nonprofit entity, meaning we can solicit and accept tax-deductible contributions. Our tax ID is 83-0949175. We are members of the Institute for Nonprofit News, and an affiliate of States Newsroom, a consortium of nonprofit state-based news websites.

We welcome news tips, gossip, and all feedback.