Just 12 Megadonors Accounted for 7.5% of Political Giving over past Decade, Says Report

The dozen donors gave a combined $3.4 billion to national candidates and causes. 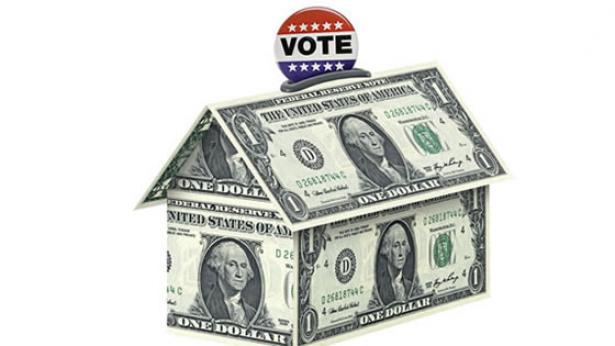 As the cost of federal elections rises almost every year, just 12 megadonors from both sides of the aisle -- at least eight of whom are billionaires -- made up a combined $3.4 billion in contributions to federal candidates and political groups in the past decade, a new report shows.

This means that the top dozen donors -- six of whom largely supported Democrats and six of whom generally supported Republicans -- accounted for 7.5% of the $45 billion donated to federal political causes between January 2009 and December 2020, according to the analysis by Washington-based good-government group Issue One, based on campaign finance data compiled by the nonpartisan research group Center for Responsive Politics.

The analysis offers a sobering account of the level of influence that a handful of wealthy donors have on modern U.S. politics, especially as politicians and political groups increasingly emphasize grassroots support and small-dollar donations.

"Americans are losing faith in our democratic institutions," Issue One Executive Director Meredith McGehee wrote in the report.

"They see political gridlock and a broken campaign finance system that gives undue influence to billionaires and millionaires across the political spectrum, while the vast majority of ordinary citizens lack a seat at the table," McGehee said. "Congress must urgently act to restrain the growing influence of money in our politics and build a system that truly represents all Americans, not just the wealthy few."

The $3.4 billion from the 12 biggest donors amounts to one in every $13 that all federal campaigns and outside groups raised over the past decade, the analysis shows.

Roughly $1.4 billion of that came from the self-funding of the unsuccessful 2020 presidential campaigns of Bloomberg L.P. founder Michael Bloomberg and hedge fund manager Tom Steyer -- with Bloomberg alone dropping more than $1 billion of his own money into his historically expensive presidential bid.

The rest of the $2 billion from the top dozen megadonors -- some of whom are individuals and some of whom are married couples -- was funneled into various federal candidates and political party committees, like the Republican and Democratic National Committees, as well as into super PACs, which, unlike campaigns and regular political committees, are allowed to accept donations of unlimited amounts.

According to the data, the 2020 election cycle saw a record $14 billion in contributions to the presidential election and congressional elections -- more than twice the total amount spent during the 2016 election cycle.

The single biggest Republican donor on the Republican side was Las Vegas casino mogul Sheldon Adelson, who, with his wife Miriam Adelson, gave more than $218 million to Republican campaigns and outside groups during the 2020 cycle.

The GOP megadonor, who passed away in January, funneled a whopping $90 million to a new pro-Trump super PAC that popped up to boost then-President Donald Trump in the final two months of the election, campaign finance reports show.

On the Democratic side, in addition to the unprecedented amounts Bloomberg and Steyer put into their respective presidential campaigns, the two billionaires each put another $300 million into supporting various other Democratic causes.

In its analysis of political contributions by zip code, Issue One found that the top 12 megadonors and their spouses accounted for roughly 25% of the money contributed by all residents of the 100 top-giving zip codes, suggesting that their contributions dwarfed even other affluent donors.

These 100 zip codes are home to approximately 2.5 million people -- less than 1% of the entire population of the United States -- but donors living in those areas accounted for about 20% of the $45 billion that federal candidates and political groups raised between January 2009 and December 2020, according to the analysis.

Soo Rin Kim is a politics and investigations reporter for ABC News.