Human Rights Watch is the latest watchdog to accuse Israel of perpetuating a version of the racist legal system that once governed South Africa. Israel says the charge is baseless. 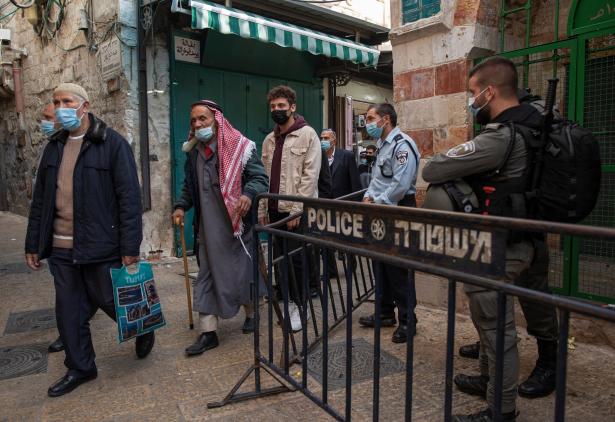 JERUSALEM — When hundreds of rights groups gathering in South Africa in 2001 accused Israel of apartheid, some participants distanced themselves from the accusation.

It was “wrong to equate Zionism with racism,” a senior Human Rights Watch representative, Reed Brody, said at the time.

But two decades later, a small but growing number of Israeli and international watchdogs have come to a conclusion that many Palestinians reached long ago: that Israel is perpetrating a form of apartheid, the racist legal system that governed South Africa until the early 1990s.

On Tuesday, Human Rights Watch released a 213-page report arguing that Israel pursues a policy of ethnic supremacy that favors Israeli Jews over Palestinians in both Israel and the occupied territories.

The main reason for the change, said Kenneth Roth, executive director of Human Rights Watch, was that Israeli policy, once considered temporary, had over time hardened into a permanent condition.

“While much of the world treats Israel’s half-century occupation as a temporary situation that a decades-long ‘peace process’ will soon cure, the oppression of Palestinians there has reached a threshold and a permanence that meets the definitions of the crimes of apartheid and persecution,” he said.

In January, the Israeli rights group B’Tselem made the same charge, joining two other Israeli organizations and echoing claims that Palestinians have made since at least the 1960s and which former President Jimmy Carter famously made in 2006.

The Israeli government condemned the Human Rights Watch report, as it had earlier assessments, as a baseless attack. 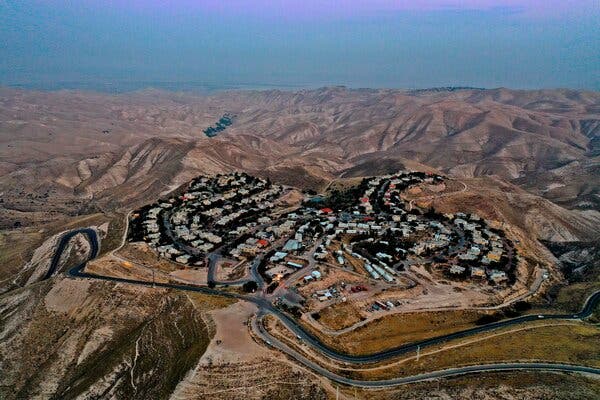 Israelis who live in West Bank settlements like this one, Alon, have the rights of citizens while many of their Palestinian neighbors live under military rule.Credit...Menahem Kahana/Agence France-Presse — Getty Images

“The mendacious apartheid slur is indicative of an organization that has been plagued for years by systemic anti-Israel bias,” said Mark Regev, a senior adviser to Prime Minister Benjamin Netanyahu.

Mr. Regev added: “To allege that Israeli policies are motivated by racism is both baseless and outrageous, and belittles the very real security threats posed by Palestinian terrorists to Israeli civilians — whose fundamental human rights to live in freedom and security are callously ignored by H.R.W.”

“When the authors of the report cynically and falsely use the term apartheid, they nullify the legal and social status of millions of Israeli citizens, including Arab citizens, who are an integral part of the state of Israel,” he said.

Human Rights Watch does not draw a direct comparison with the notorious South African regime that segregated and subjugated people according to their skin color. Instead, it cites international laws that define apartheid as a crime against humanity in which one racial group dominates another through intentional, systematic and inhumane acts of oppression. Race is interpreted broadly to apply to ethnic groups.

While Human Rights Watch argues that these policies persist, to varying degrees, across the West Bank, the Gaza Strip and within the state of Israel itself, it points to the occupied West Bank as exhibit A. There, the group says, Israel has created a two-tier system with some Palestinians living under military rule and Israeli settlers under a civil legal system with greater freedoms, an inequity that H.R.W. said “amounts to the systematic oppression required for apartheid.” 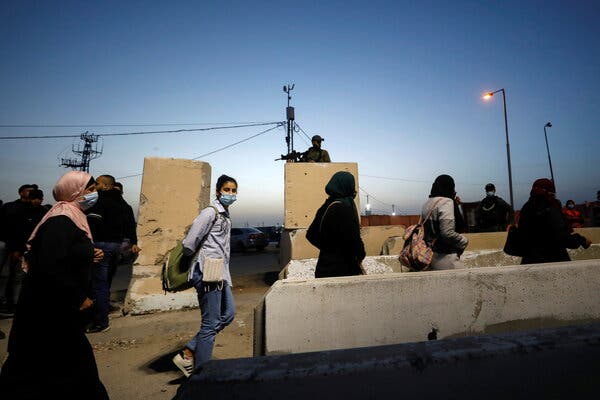 Israel uses a system of permits and checkpoints, like this one near Ramallah, to regulate Palestinian movement. Credit...Mohamad Torokman/Reuters

The charge of apartheid has been floating around Israeli political discourse for years, usually as a threat made by liberals of what Israel would become if it did not allow the creation of a separate Palestinian state. Continued occupation of several million Palestinians, they argued, risked Israel’s losing either its Jewish identity or its democratic values.

But given that Israeli-Palestinian peace talks petered out nearly seven years ago and Israeli leaders are increasingly ambivalent about the idea of Palestinian statehood, some rights groups are saying that future is already here.

Israeli officials argue that if Palestinians do not have their own state they have only themselves to blame, having repeatedly rejected offers of statehood, though Palestinians considered the offers untenable. They blame Palestinian leaders for abandoning peace talks; Palestinians say the reverse is true.

Moreover, Israeli officials say, most of the Palestinian population lives under the jurisdiction of either the Palestinian Authority, a semiautonomous institution that lacks sovereign status but exerts nominal control over parts of the West Bank, or Hamas, the militant Islamist group that controls the Gaza Strip.

Within Israel itself, officials point out, members of the Arab minority are full citizens who often become lawmakers, judges and military officers, and live freer lives than Arabs in many other parts of the Middle East.

All of which makes them feel that Israel is being unfairly singled out.

“Human Rights Watch is known to have a longstanding anti-Israeli agenda, actively seeking for years to promote boycotts against Israel,” the Israeli Foreign Ministry said in a statement. “The fictional claims that H.R.W. concocted are both preposterous and false.” 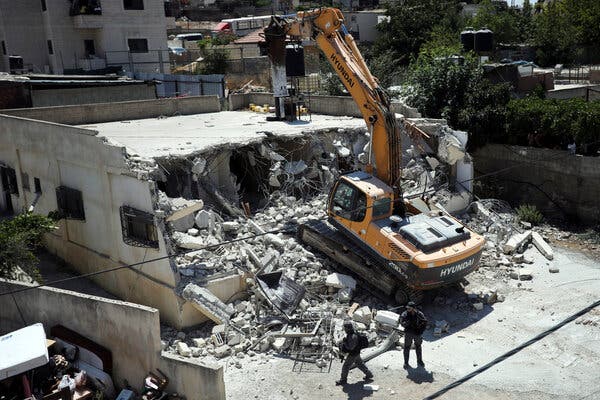 Israeli officials seized on the fact that the report’s main author was Omar Shakir, H.R.W.’s Israel and Palestine director who was expelled from Israel in 2019 for having violated a law barring foreigners who advocate a boycott of Israel and was therefore hardly an impartial judge. Mr. Shakir said at the time that neither he nor Human Rights Watch had called for a wholesale consumer boycott of Israel or its settlements.

Human Rights Watch, however, is not alone in its evaluation. Its report follows a drumbeat of similar allegations by Israeli rights groups.

The assessment remains a minority opinion in Israel, but a handful of Israeli officials have said their views are in flux.

Brig. Gen. Dov Sedaka, a former chief administrator of the West Bank occupation, said he is no longer certain how to characterize Israeli policy.

Twenty years ago, “I believed in the bosom of my heart that what we were doing was to avoid any kind of apartheid,” he said. “But today I am not sure.”

Still, apartheid, with its connotations of forced segregation, police shootings and racist ideology, has a special sting, which is why most rights groups have avoided using it until now, and why H.R.W. in its report takes pains to separate its list of grievances from the horrors of South Africa.

It is also why some Israeli defenders see the charge as a bad-faith attempt to undermine Israel’s right to exist.

“It is an anti-Semitic slander,” said Eugene Kontorovich, director of the international law department at Kohelet, a Jerusalem-based research group. “Once you say ‘apartheid,’ you basically call for the destruction of the regime.”

Critics of apartheid-era South Africa didn’t want the country to reform “a little bit around the edges,” he added. “It was about replacing the regime with a fundamentally different one. So, when you get that into mainstream discourse, you have basically normalized calls for the end of the Israeli state.”

Human Rights Watch officials said their goal is not to delegitimize Israel but to apply pressure on it to end what they see as clear-cut discriminatory practices. They called on foreign countries to predicate arms sales and military assistance on Israel’s taking steps to reform the system, on the International Criminal Court to prosecute Israelis suspected of involvement in the policy, and for foreign countries to sanction individual Israeli officials who are responsible for it. 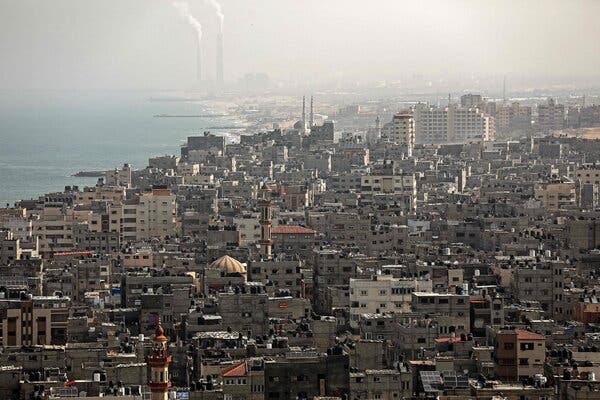 In Gaza, Israel and Egypt control which people and goods can enter and leave, as well as much of the electricity and fuel supply.Credit...Mohammed Abed/Agence France-Presse — Getty Images

Many Palestinians appreciated the outside endorsements as a vindication of the argument they have been making for years, though some were puzzled that the issue that governs their daily reality was still considered a debate.

In East Jerusalem, which Israel annexed in 1967 and Palestinians consider their future capital, Fakhry Abu Diab, a 59-year-old accountant, says he has applied at least eight times for planning permission to expand his home to fit his growing family. And eight times the request was denied.

He finally gave up and built an extension without a permit. Now the Israeli government has served the whole house with a demolition order, one of dozens in the neighborhood.

In the same district, the government has allowed Jewish settlers to take over Palestinian homes and build hundreds of new ones, a ritual bath and a tourist center promoting the city’s Jewish history.

“We understand very clearly what is going on,” Mr. Abu Diab said. “They don’t want me here or my children — and because of that they won’t give us permission. We are living in an apartheid system.”

Patrick Kingsley is the Times Jerusalem bureau chief, covering Israel and the occupied territories. He has reported from more than 40 countries, written two books and previously covered migration and the Middle East for The Guardian. @PatrickKingsley