Rushing to Judgment on Scott Stringer

The facts are too scarce, and the stakes are too high, to jump to conclusions. We cannot flourish as a society if a single accusation out of the blue upends an election overnight and ruins a 30-year career in politics. 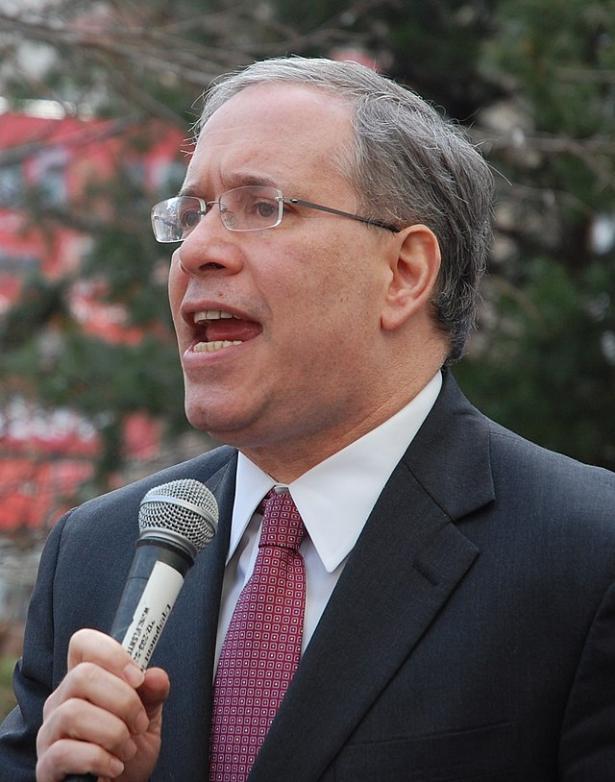 On April 28, Jean Kim, a political lobbyist, accused Scott Stringer, New York City comptroller and the leading progressive candidate in the upcoming mayoral primary, of harassing and sexually assaulting her when she was an intern on his unsuccessful 2001 campaign for public advocate. Stringer vigorously denied her allegations. To no avail: Within two days, he had lost endorsements from the Working Families Party, The Jewish Vote, the Sunrise Movement, and individual progressive allies, including US Representative Jamaal Bowman and state Senators Jessica Ramos, Alessandra Biaggi—the latter both Stringer protégés—Julia Salazar, and Gustavo Rivera. Assembly  members Yu-Line Niou, Catalina Cruz, Representative Adriano Espaillat, state Senator Jose Serrano, and others quickly followed. Maya Wiley and Dianne Morales, Stringer’s rivals on the left, called on him to quit the race.

The Stringer campaign has aggressively—maybe too aggressively—disputed Kim’s claim: She was not an intern, a term which connotes youth, inexperience, and vulnerability; she was a 30-year-old volunteer with a regular job elsewhere. The campaign strongly suggested she was working for Andrew Yang. It publicized donations to Stringer’s campaign that she had made subsequent to the alleged events, as well as an e-mail from Kim seeking a paid position with his 2013 run for comptroller. Although Kim denied being involved with Stringer—he claimed they had been friends and had had a brief “light” relationship—The Intercept quoted unnamed people who remembered seeing them hanging out together.

In response, Kim’s fiancé, Anthony Caifano, told WNYC that she had mentioned the alleged incidents to him in 2014, after an upsetting encounter with Stringer at a political event. One Stringer supporter pointed out to me that Caifano’s words and Kim’s amplifications seemed tailored to answer specific points in the Intercept article. (She only applied for the 2013 job with Stringer, she said, to give him “right of first refusal” so he wouldn’t be angry at her when she went to work for his opponent, Eliot Spitzer. Hmm…)

How is an ordinary person supposed to figure this situation out? I spoke to a number of women Democrats, most of them involved in city politics, to hear their opinions. On the one hand, as many Kim supporters reminded me, most accusations of harassment and sexual assault are true: Women have a lot to lose by coming forward. On the other hand, “most accusations” is not every accusation. Also, usually in #metoo cases, once a woman speaks up, more women come forward. So far, for example, 11 women have accused New York Governor Andrew Cuomo of harassment. No other woman has made such claims about Stringer. Usually, too, the accuser has some kind of contemporaneous corroboration—notes or diary entries, people who say she told them about the incident around the time it happened. Even Tara Reade had people who confirmed that she had told them she was upset about something that happened in then-Senator Joe Biden’s office. In Kim’s case, there is only her fiancé reporting things she said, 13 years after the alleged events. (In the most recent development, Kim’s sister told The New York Times that “she recalled that at some point in 2001, Jean Kim became “withdrawn and stressed” after having previously been “very enthusiastic” about Mr. Stringer’s campaign.”)

I don’t know what happened. But here’s what I do know. We cannot flourish as a society if a single accusation out of the blue upends an election overnight and ruins a 30-year career in politics. More information may clarify matters, but as of now, we don’t have it. Love him or hate him—and I spoke to people who consider Stringer arrogant and bullying, as well as others who think he’s “sweet,” “clumsy,” and “nebbishy”—he’s entitled to a more measured assessment, as are the voters of New York City. It is shocking that so many political figures would abandon him so quickly. Why did they do that?

“There’s a desire to appear pure,” Alaina Gilligo, first deputy comptroller and Stringer enthusiast (and one of the few people willing to speak to me for attribution) told me. “No one wants to say, ‘I need to think.’”

“You would think people would fear the Al Franken phenomenon,” a woman involved in the legal profession said, referring to the regret many Democrats feel over that excellent senator’s swift ousting over claims that he groped women. “But people are really worried about being associated with the wrong person.”

Others felt Stringer and his office were wrong to attack Kim’s credibility. “Defensive” and “blaming the victim” came up a lot. In an appearance on WNYC’s Brian Lehrer Show, Stringer flatly denied everything: “There’s no gray area,” he said. His conclusion: “These allegations are false.” Clearly, Stringer and his campaign did themselves no favors with progressives by aggressively charging against Kim. But if you are actually-factually not guilty of what you are accused of, how can you not appear defensive when you defend yourself? If you are innocent, you are the victim. What should he have said? I asked my City Council member, Helen Rosenthal, who a few days after Kim’s accusation tweeted about her own run-ins with Stringer (“a well-oiled machine” “crude vengeful actions”).

“He should have said, ‘I believe Jean Kim, although I don’t remember it the same way. I want to meet with her, pay for her therapy, have her be part of my sexual assault task force.’ Alternatively,” Rosenthal added, “he could have said, ‘I’ve repressed it, I’m horrified, I’m deeply ashamed.’”

Maybe Jesus would have responded to Kim’s accusation like that, but it’s asking a lot of a New York City politician to accept responsibility for a wrong he genuinely believes he didn’t commit. #Metoo has raised respect for women’s words so high that there seems to be no way for a man to deny culpability, because that would mean claiming that a woman is not telling the truth. And that is even worse than groping her.

Several women suggested that the truth may lie somewhere in the middle. He thought he was making his desire clear; she found his advances boorish. Maybe he genuinely forgot because he behaved like that a lot, and she remembered because of dashed hope that he would become her mentor. “Old white men do stuff like this all the time,” said one young communications consultant. (Stringer was 40 at the time.) “He showed no sense that power, race, gender might change how people experience things,” said Katie Unger, cofounder of The Jewish Vote.

There’s a generational aspect to this, I noticed. Older women, progressive feminists all, emphasized due process and warned against the rush to judgment. Millennials, on the other hand, perhaps because they’ve been brought up to expect equal treatment at work only to find themselves pawed and propositioned by more powerful men, tended to assume an accused man is guilty and didn’t worry much about the finer points of fairness. “When have women and people of color ever gotten due process?” the communications consultant asked. “Women are just so mad they’re kind of freaking out,” a 33-year-old management consultant told me. “I worship at the altar of Barack and Michelle, but Michelle was wrong: When they go low, you have to go low too, because if you go high, you end up exhausted.”

There’s a problem with that strategy: Accusations are a weapon anyone can use. The vast majority of #metoo perpetrators have been men, but women too stand to lose if a mere allegation sends allies running for the hills and mortally wounds a candidate.

Emily Jane Goodman is a retired New York State Supreme Court justice who began her career as a trailblazing feminist lawyer. “This will come back to haunt us,” she told me. “It will be a way of canceling women. Someone says they saw you hit your baby 20 years ago, and that’s the end for you.”

Kim’s accusation has, naturally, hurt Stringer’s campaign, although he still came out third, after Andrew Yang and Eric Adams, in a recent poll. Still, the upcoming primary will be the first time voters will use ranked-choice voting, and the math of having five slots to fill may benefit him: If you tend to believe Kim but value Stringer anyway, you can keep him in the mix. Maybe there are more people than you might think who are quietly horrified that the leading progressive candidate—and in my view, at least, a candidate very well equipped to run the city from, as he puts it, “day one”—has been abandoned so quickly on so little evidence.

“If he hadn’t been my leading candidate,” Emily Goodman told me, “he is now.”