To 'End the Absurdity' of Wasteful Military Spending, Sanders Introduces Bill to Audit the Pentagon

"The Pentagon and the military industrial complex have been plagued by a massive amount of waste, fraud, and financial mismanagement for decades," said Sen. Bernie Sanders. "That is absolutely unacceptable." 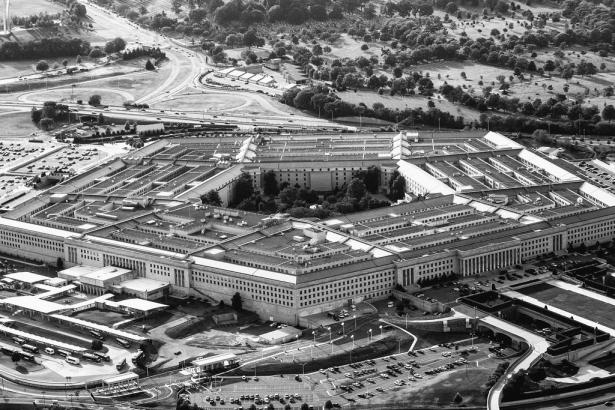 Aerial view of the Pentagon by Thomas Hawk is licensed under CC BY-NC 2.0,

Senate Budget Committee Chairman Bernie Sanders on Wednesday introduced the Audit the Pentagon Act of 2021, which would require the Department of Defense to do starting in 2022 something unprecedented in its history: pass a full independent audit.

"The Pentagon and the military industrial complex have been plagued by a massive amount of waste, fraud, and financial mismanagement for decades. That is absolutely unacceptable," the Vermont Independent said Wednesday in a statement.

"If we are serious about spending taxpayer dollars wisely and effectively, we have got to end the absurdity of the Pentagon being the only agency in the federal government that has not passed an independent audit," he added. "The time is long overdue for Congress to hold the Defense Department to the same level of accountability as the rest of the government. That is the very least we can do."

Federal agencies have been mandated by Congress to comply with annual audits by the Government Accountability Office since 1990.

Under the bill (pdf)—which is co-sponsored by Sens. Chuck Grassley (R-Iowa), Ron Wyden (D-Ore.), and Mike Lee (R-Utah) and comes one week after Sanders led a hearing on waste and fraud at the Pentagon—each branch of the military and office of the DOD that fails an independent audit would return 1% of its annual budget to the Treasury.

That could amount to a substantial sum of money, given that the Pentagon receives hundreds of billions of dollars in funding each year despite ample evidence of its widespread accounting abuses. Last month, President Joe Biden proposed a $715 billion budget for the Pentagon for fiscal year 2021—an increase from the current $704 billion level approved by Congress under former President Donald Trump.

Since then, Biden has faced backlash from progressives who have called for reallocating a portion of those funds in order to better meet social needs rather than further pad defense contractors' bottom lines. 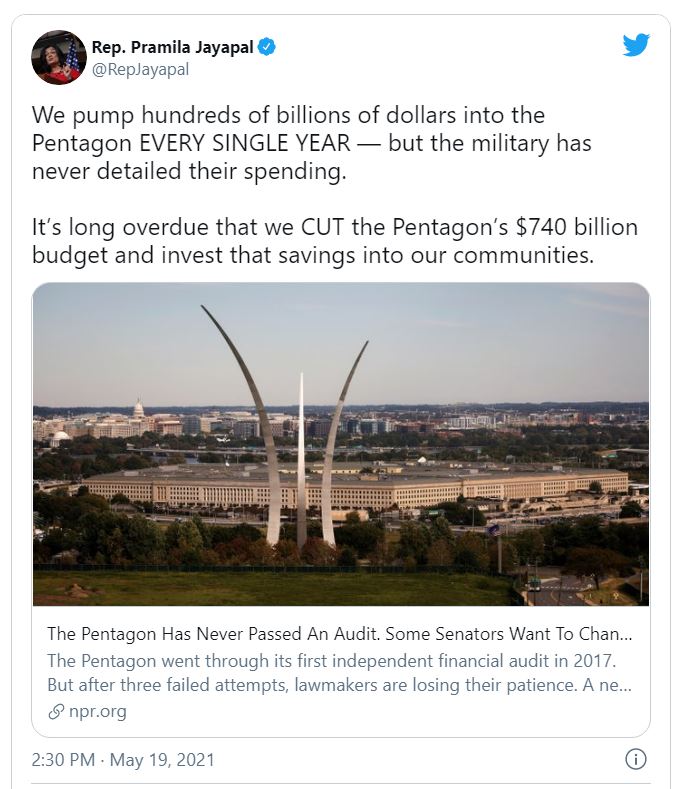 As Sanders' office noted, the Defense Department remains the only federal agency in the U.S. that has been unable to pass an independent audit, despite the fact that the Pentagon gobbles up more than half of the nation's discretionary budget and controls assets in excess of $3.1 trillion, or roughly 78% of the entire federal government.

The Costs of War Project recently estimated that the U.S. has spent $2.26 trillion on military operations in Afghanistan and Pakistan since the 2001 U.S. invasion, which marked the beginning of a two-decade-long war that has killed at least 241,000 people.

Meanwhile, according to Sanders' office:

In 2011, the Commission on Wartime Contracting in Iraq and Afghanistan concluded that $31-60 billion spent in Iraq and Afghanistan had been lost to fraud and waste. In 2015, the Special Inspector General for Afghanistan Reconstruction reported that the Pentagon could not account for $45 billion in funding for reconstruction projects. In 2018, an audit conducted by Ernst & Young for the Defense Logistics Agency found that the Pentagon could not properly account for some $800 million in construction projects

Congress has appropriated so much money for the Defense Department that the Pentagon does not know what to do with it. According to the GAO, between 2013 and 2018 the Pentagon returned more than $80 billion in funding back to the Treasury. And, over the past two decades, virtually every major defense contractor in the U.S. has paid billions of dollars in fines and settlements for misconduct and fraud—all while making huge profits on those government contracts.

The U.S. spends more on its military than the next 12 countries combined, and, according to Sanders' office, "about half of the Pentagon's budget goes directly into the hands of private contractors."

Sanders' office stressed that the nation's massive military spending occurs in a context in which "half of our people are struggling paycheck to paycheck, over 40 million Americans are living in poverty, and over 500,000 Americans are homeless including roughly 40,000 veterans."

In a statement, Wyden said that "taxpayers can't afford to keep writing blank check after blank check for the Pentagon to cash."

"If the Department of Defense cannot pass a clean audit, as required by law, there ought to be tough financial consequences," he added.