Cutting back aid for jobless workers now, while suitable jobs are still not available for many of them, is not just cruel but undermines the objective of the assistance to speed up the economic recovery. 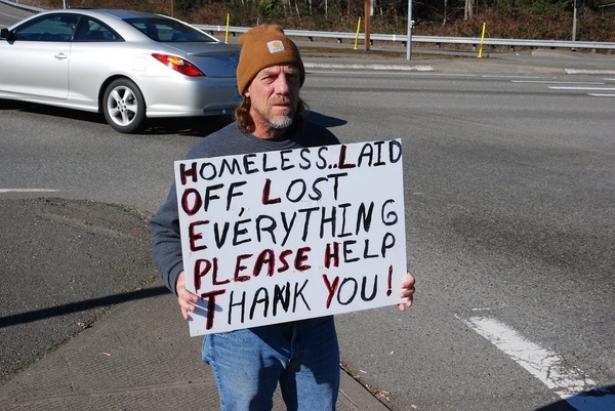 Callous Republican governors pulling out of pandemic unemployment programs argue that the benefits are too cushy and a disincentive for returning. But in most industries, the number of jobseekers still exceeds the number of job openings. ,AR McLin

The decision by Republican governors in 25 states — including Maryland last week — to pull out of federal unemployment insurance (UI) support in their states is dangerously shortsighted. The most recent data show that the economy is improving but still far from healthy. Cutting back aid for jobless workers now, while suitable jobs are still not available for many of them, is not just cruel — it is damaging to these states’ long-term economic health.

A robust unemployment insurance system serves three main purposes. The first is straightforward — providing a financial cushion to workers who lose their job through no fault of their own, so that they can still pay the bills and keep food on the table while they search for new employment. Aside from being the humane thing to do, providing this safety net is also economically prudent. No state economy benefits from workers and families falling behind on mortgages or auto loans, being evicted, having cars and homes repossessed, cutting back on food, or delaying or opting out of needed health care. Yet, these outcomes will become more likely in the states cutting aid for the jobless.

The states cutting UI are also undermining the program’s second goal: to speed recovery by bolstering consumer demand. Unemployment insurance is one of the most powerful economic stimulus measures in a downturn. Unemployed workers tend to quickly spend every dollar they receive, helping businesses by keeping customers coming through the door. Notably, the UI programs that these states are ending are entirely federally funded — meaning they are dollars going into state economies straight from federal coffers. By ending these programs, governors are taking those dollars out of potential spending at businesses in their states.

Lastly, an adequate UI system gives jobless workers time to find suitable work, not just any job that’s available. The long-term health of any economy relies upon making the best use of the available workforce, and that means making sure that people can find jobs that are appropriate for their skills and circumstances. Having highly trained teachers, construction workers, machinists or transit operators taking jobs in restaurants, retail or package delivery — if those are the jobs available — is a waste of those workers’ investment in their craft and likely involves a pay cut. It also takes opportunities  away from other jobseekers who might have been better suited for those roles — both of which represent a drag on workers’ long-run earnings and the state’s productive potential. And if skills-mismatched workers ultimately leave positions when something more appropriate for them becomes available, that’s wasted recruitment and training expenses for employers.

Governors pulling out of the federal pandemic UI programs are arguing that the benefits are too cushy — that the extra $300 a week federal supplement is leading many to turn down available work. The evidence for this is scant. As of May’s jobs report released last Friday, the country is still down 7.6 million jobs from before the pandemic. The May jobs report also indicated that there are 9.3 million people who are officially unemployed — meaning they’re actively looking for work and unable to find it. In most industries, the number of jobseekers still exceeds the number of job openings.

And though some states have unemployment rates below the national average, these overall unemployment rates do not reflect conditions for every community and likely underestimate actual weakness in state labor markets. Unemployment rates for Black and Latinx workers are 1.5 to 2 times the white unemployment rate in most states. Cutting unemployment supports disproportionately harms workers of color, who face discrimination and other systemic barriers to good jobs even in the best of times.

So why are governors cutting supports and putting their state’s citizens and economies at risk? It seems like they’re catering to business voices who say they can’t find staff — a refrain that employers said even in the depths of the last recession.

The one sector where there is mixed evidence of true labor shortages, leisure and hospitality, is notoriously low-paying, dangerous in a pandemic, and typically very precarious work. Yet as employers in this industry have raised pay, they’ve had no trouble finding applicants. In fact, leisure and hospitality has had the fastest employment growth of any sector for the past two months.

It may be that federal UI programs are allowing some workers to pass on jobs that don’t fit their skills, don’t pay enough, or would put them or their families at risk. Workers should have that option. If giving the unemployed a little breathing room forces low-wage employers to reassess pay levels, benefits and working conditions, that is a correction that is long overdue. Governors ending UI supports are, at best, torpedoing those improvements — and at worst, leaving huge numbers of jobless workers without any options.

David Cooper is a senior economic analyst at the Economic Policy Institute (EPI) and deputy director of the Economic Analysis and Research Network (EARN).