The Rich Breathe Easier Than the Poor

A new study shows that disparities in pulmonary health between the rich and poor have been widening for six decades, setting the stage for vastly unequal, devastating outcomes during the pandemic. 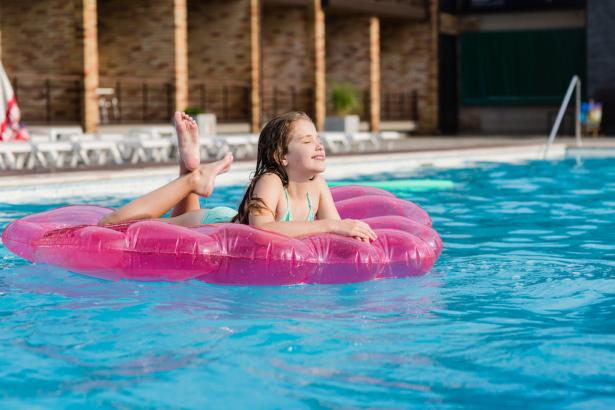 In a recent study, researchers found that the gap in survey data between wealthy and poor respondents' pulmonary functioning has widened since 1971., (@O_Lypa / Getty Images)

The first recognized appearance of smog occurred in the summer of 1943 in Los Angeles, which was then experiencing a rapid automobile-driven development boom. Visibility was reduced to just three city blocks, and the noxious substance in the air caused a burning sensation in the eyes and lungs.

American air quality got worse before it got better. Though eighty million Americans still live in counties with unhealthy levels of air pollution, the overall trend has been down since its peak around 1970 thanks to regulations designed to curb emissions.

Over the same period, smoking rates have precipitously declined. Meanwhile, new workplace regulations have taken aim at indoor air quality. You would think, given both improved outdoor and indoor air quality and less smoking, that US lung health trends would point dramatically upward. But the benefits of this trend haven’t been equally distributed.

While overall lung function has improved, disparities in lung health have persisted or grown over the last six decades, a reality that has come to bear on health outcomes during the COVID-19 pandemic.

Since COVID-19 is a respiratory illness, pulmonary health has played a major role in determining the severity of cases. People with worse lung health are at increased risk for hospitalization and death. And according to a new study titled “Socioeconomic Inequality in Respiratory Health in the US From 1959 to 2018” published in the journal JAMA Internal Medicine, class makes a bigger difference than it used to in determining lung health.

To study the issue of disparities in lung health the researchers looked at six decades worth of data from national surveys. The surveys collected information on everything from habits to symptoms, and it was possible to break down results by income and education.

In some cases the survey data contained the results of actual pulmonary function tests. When examining these results, researchers found that the gap between wealthy and poor respondents’ pulmonary functioning has widened since 1971, a trend that can help explain economic disparities in COVID-19 outcomes.

Naturally, smoking is a big part of the story. The researchers observe that before the 1980s class had little bearing on who smoked and who didn’t. Over the subsequent decades, smoking rates fell sharply among the wealthiest Americans and didn’t change much at all among the poorest.

The same general pattern of lung disease held for adults, where economic disparities in the incidence of chronic obstructive pulmonary disease (COPD) have widened. COPD has been shown to be positively correlated with increased odds of hospitalization, ICU admission, and mortality from COVID-19. Some common factors linked to COPD include not only smoking but exposure to unhealthy working conditions, polluted cities and neighborhoods, and inadequate access to health care.

As the researchers sifted through the survey data, they found that no economic disparity in any measure of lung health has narrowed in the last six decades. They’ve all either persisted or widened. Respondents to these surveys were asked to self-report shortness of breath on exertion, problem cough, and wheezing. Even when the overall incidence of these issues fell, the income and education disparities grew.

“Poorer Americans and those with less education aren’t enjoying the fruits of progress,” says one of the study’s coauthors, Steffie Woolhandler, a primary care physician and distinguished professor at CUNY’s Hunter College and a lecturer at Harvard Medical School.

“They continue to work in hazardous workplaces, live in polluted neighborhoods, and have inferior access to healthcare. Until we address those inequities, inequities in lung health will persist.”

The study’s lead author Adam Gaffney, assistant professor in medicine at Harvard Medical School and a pulmonary and critical care specialist at the Cambridge Health Alliance, underscores that the widening economic disparity in lung health set the stage for the devastation wrought by the COVID-19 pandemic.

“We’ve learned from the COVID-19 pandemic that our society’s inequalities are mirrored in the health of our lungs,” says Gaffney. “Our study shows that inequalities in lung health — which left many people vulnerable to COVID-19 pneumonia — are long-standing and increasing.”

“To address this injustice,” Gaffney adds, “we need to ensure that everyone has the prerequisites for healthy lungs: clean air to breath, a safe and sanitary workplace and high-quality healthcare.”