Beginning with the Transatlantic Slave Trade, Black people in America have used food as a means of resistance, rebellion, and revolution as well as maintaining a closeness with one another through the meals they ate. 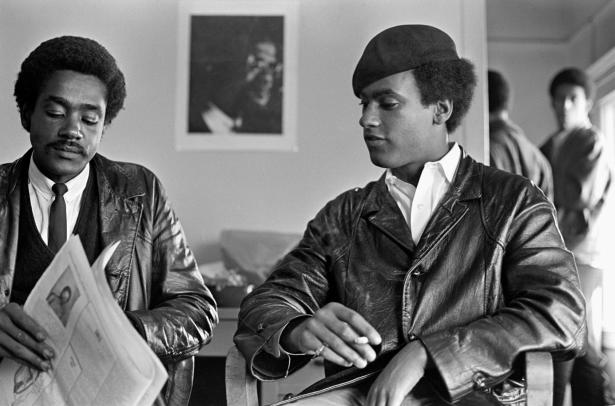 Black people in America have used food as a means of resistance, rebellion, and revolution since being forcefully brought here in the late 1500s. Food has always been a part of the culture and identity of Black communities and has played a role as a source of both comfort and strength for a people constantly subject to abuse, discrimination, and misunderstanding.

In African-derived religions, worshippers leave food offerings to orishas, the minor gods and goddesses in the pantheon of West African beliefs. Believers left Ogun, God of the Forge and War, offerings of nuts, berries, meat, and roots from his believers before they went into war. Yemaya, ruler of oceans and the embodiment of Black femininity and power, has her own favorite foods: watermelon, molasses, and maize, as well as fish, poultry, and nuts that she prefers in thanks of her blessings. So even when those same foods revered by the gods and goddesses of their ancestral homelands were turned into means of stereotyping and racial profiling, Black people were able to maintain a closeness with one another through the meals they ate.

When the Transatlantic Slave Trade began, enslaved Africans would braid seeds and rice into their hair. This wasn’t just a reminder of home; it was a tangible act of rebellion and resistance and a necessary means of survival in a world unknown to them. Brought to the Americas’ coastal and subtropical lands for their abilities to grow specific crops like rice, people like the Gullah Geechee were able to survive in lands not their own, and were able to maintain a throughline to their traditions by growing plants and eating similar dishes that they had always known; a practice still carried on by communities in the Lowcountry today.

As soon as the subjugated people could, they openly rebelled with their captors, through revolts, countering slavemaster violence, and acts of covert insurrection, often centered around food. By taking provisions from their “masters” and raiding the white plantation owners’ personal larders, they sustained their livelihoods and actively acted against their abductors. Often outwitting the subjugating white owners and overseers by claiming that if they were the property of these people, and they grew the food for them, it was just as much theirs as his, equating it to “taking the meat out of one tub and placing it another.” The same cooks—often women—who were revered for their culinary abilities in historical cookbooks and whose recipes are resurfacing today were spitting in and poisoning the food of their kidnappers and their children, and killing them. The pain and deaths the jailer masters faced from the poisoning and theft of food paled in comparison to the atrocities and horrors they inflicted on the forcibly imprisoned.

Not all acts of rebellion based around food were necessarily violent. Farming as resistance isn’t a new concept, although there has been a resurgence of farming in communities that have been hit especially hard by gentrification and food apartheid. These communities, largely Black people and other people of color, are often in places that don’t have any source of fresh food for miles. Throughout and after slavery was abolished in the Americas, Black people farmed and gardened to find sustenance literally and figuratively in trying times. During enslavement, people would often have their own gardens to make up for the food the enslavers didn’t or wouldn’t provide. Growing the foods of their homeland like okra, peanuts, benne, watermelon, and more, not only were they able to eat and be connected to their culture (an act of rebellion in itself), they arguably made one of the most significant impacts on what is known as American cuisine. The debt that is owed by America to Black people is so much greater than the forty acres of land that was promised, but never received, and that has accrued interest for over 400 years.

To those poor souls who don’t know Black history, the beliefs and desires of the Black Panther Party for Self Defense may seem unreasonable. To Black people, the ten points covered are absolutely essential to survival. We have listened to the riot producing words “these things take time” for 400 years. The Black Panther Party knows what Black people want and need. Black unity and self-defense will make these demands a reality.

Huey P. Newton, Co-Founder of the Black Panther Party of Self Defense May 16, 1967

With enslavement also came enforced Christianity (and other religions) for many of the Africans, African-Americans, and their descendants. The church was often the only place they were “allowed” to meet, and service wasn’t complete without sharing food and meals with one another. These church services and gatherings around tables often became a way to speak and pass coded messages about rebelling against the institutions in place. Even now, organizations like the Black Church Food Security Network provide services that ensure their communities are represented and served local, fresh food from farmers. Churches, mosques, and places of worship often house and host food banks and food drives, and are often the first to respond when their communities are lacking in nourishment. That’s continued for the history of America as a country, up to today.

In the 19th and 20th centuries, Jim Crow laws systemically and purposefully discriminated against Black communities. During the civil rights movement, food was there in the middle of it. The famous Woolworth sit-ins sparked nationwide protests after four Black students from the Historically Black College and University, North Carolina A&T, sat at their local Woolworths counter to protest the segregation that still occurred although Brown vs Board was deemed unconstitutional. Many African-Americans took “shoebox lunches” on rides though the especially hostile Jim Crow South since restaurants would refuse to serve them.

Also pivotal was the less-documented work of Black people who fed and sustained protesters throughout the civil rights movement. One food justice activist was Georgia Gilmore, a Black woman who fed civil rights activists and leaders in her Montgomery, Alabama, home. After losing her job as a cafeteria cook because she participated in the Montgomery Bus Boycotts, Gilmore opened her own doors at the suggestion of Dr. Martin Luther King Jr. and other civil rights leaders. Georgia Gilmore not only fed the leaders, she helped start the Club from Nowhere, a covert baking club that would sell church cakes and use the money to fund protests. In Atlanta, the restaurant Paschal’s—which is still operational today—became a meeting place for famous African American entertainers and leaders. As one of the only white tablecloth restaurants in the South that allowed African Americans and Black people to peacefully enjoy a meal in their dining rooms, Paschal’s often became central to planning protests for the civil rights movement.

Food was a central part of the mission of the Black Panther Party and their contributions to African American activism and resistance, as well as their contributions to the American educational system. Started in 1966 by Huey P. Newton and Bobby Seale, the Black Panther Party initially began as a way to combat and prevent police brutality in Oakland. Deemed as “the greatest threat to the internal security of the country” by the U.S. government, the Black Panther Party implemented programs that held their government and society accountable for their actions (or lack thereof), and that provided compassionate aid to their communities. Food was an explicit part of the mission. When co-founders Huey P. Newton and Bobby Seale co-wrote the Ten Points Program, a set of guidelines to the party they published in the second edition of the organization’s newspaper, they underlined their commitment to food justice: “We want land, bread, housing, education, clothing, justice and peace.”

Noticing that most students didn’t eat or had never had breakfast before school, the Panthers began to provide free meals for all students in their communities. Despite attempts to thwart the Free Breakfast Program, including police conducting raids while children ate, the government followed suit years later and began a similar program of their own. Though mainstream media characterized the Black Panther Party as a violent group of militant thugs, the truth is they were a group of Black people who believed in radical liberation for their people and who were terrorized by every facet of their society, and who believed that something as simple as feeding a child breakfast could make their country a little better.

With Black nationalism and radicalism also came the term “Soul Food.” By reclaiming Southern and African-inspired dishes and ingredients, Black Americans were able to once again reconnect with each other and their people across the diasporas. Authors, chefs, and many others involved in Black resistance found solace in participating in “self-conscious work of cultural construction” and creating a sort of new identity through home cooking, restaurants, cookbooks, and gatherings. Through “radical” organizations like the Black Panther Party, the Nation of Islam, and Organization Us, Black people continued to feed each other knowledge and the foods of their cultures.

It’s impossible to put the thousands of years of Black history, revolution, and food into one story, but as we see another generation take to the streets to demand justice for Black lives that have been lost, and for retribution for injustices inflicted over hundreds of years, food finds its way into the resistance again. Many restaurants are still closed or in the process of reopening because of COVID-19, and some are seeing damage from rogue rioters. Food publications and companies are just now taking to social media to declare their newfound commitment to anti-racism while simultaneously forgetting to mention that an entire population of people have been and continued to be herded and hunted, slaughtered at the hands of people who live in a world of similar connivance. While food companies, upscale restaurant groups, and brands post their stances on protesting and social injustices on the internet, Black communities keep up the work of feeding their communities and supporting protests. Black lives lead the vanguard toward equality and revolution as they have done so many times before. We are demanding, not asking, for “Land, Bread, Housing, Education, Clothing, Justice And Peace.”