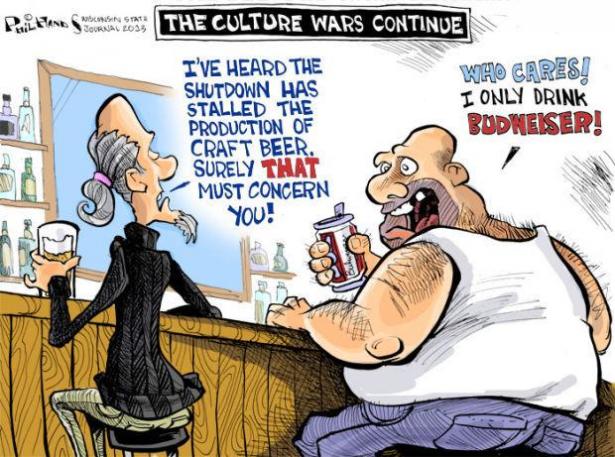 In the Heights in Living Color

The biggest misconception people have about Latinidad — including many who claim it — is that there is one singular experience. No work of art, no matter how well-intentioned, will ever truly represent the totality of a group of 60 million people.

Pride vs Hate in Tennessee

People from across East Tennessee gathered for a community Pride rally in Alcoa after homophobic slurs were painted over Pride art on a well-known bridge.

Remember the subprime mortgage housing crisis of 2008 when economists and pundits blamed low-income homeowners for wanting to purchase homes they could not afford? Perhaps this is the labor market’s way of saying, if you can’t afford higher salaries, you shouldn’t expect to fill jobs.

By Mona Lena Krook
The Conversation

Among the various forms of violence on display during the U.S. Capitol insurrection, one has been largely overlooked: misogyny, or hatred toward women. Yet behaviors and symbols of white male power were striking and persistent features of the riots.

On Display: Brooklyn Against Racism

To honor the long history of Black-led activism in Kings County, the Brooklyn Public Library’s Center for Brooklyn History (CBH) is launching Brooklyn Resists, curated around the CBH’s archival holdings as well as crowdsourced images. Brooklyn Resists bridges the past and present of anti-racist mobilizations in Brooklyn — from the Civil Rights Era to Black Lives Matter.

The Supreme Court may, like America itself, be more partisan than ever. But Thursday offered two big cases that did not break along predictable ideological lines.

How Culture Wars Play in the UK

By Andrew Anthony
The Guardian

Exactly what constitutes a culture war is just one of the many issues that people fight about in the culture wars, and there’s a sizeable minority of participants who go so far as to argue that the main characteristic of this present culture war is that it’s not really a culture war.

Photos: Why They're Locking Down Washington Square Park

A 48-hour diary of a ten-acre park where everything in the city seems to be happening at once.

The Bolivarian Revolution has faced permanent US regime change attempts, and this hostility has come alongside a constantly biased media coverage. Unsurprisingly, Washington's line has also spilled to mainstream culture.

Conservative attacks on humanities curricula that discuss race and racism in the United States follow a long-established pattern. These battles have always been waged over the stories that get told about the American past, present, and future. In that sense, the angry right wing is correct: The stakes couldn’t be higher.