Commercial growers celebrated the Supreme Court’s decision in Cedar Point Nursery v Hassid, but farmworker unions say this will make it harder for them to access workers and advocate for their rights. 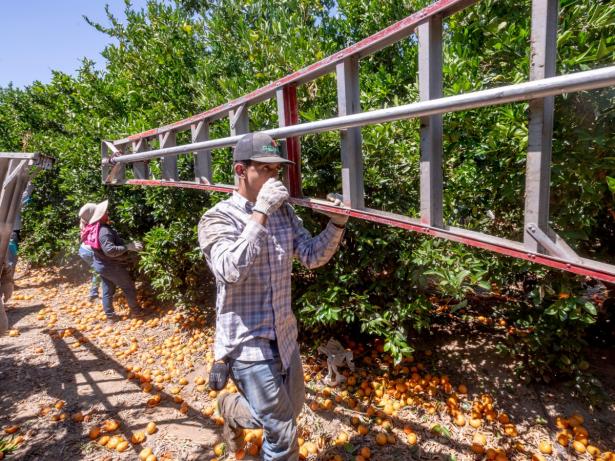 In a blow to labor, the U.S. Supreme Court invalidated a decades-old California rule inspired by César Chávez that allowed union organizers to meet with farmworkers at their place of work. Commercial growers applauded the conservative court’s ruling to uphold property rights while union representatives vowed not to be deterred.

Two agricultural producers filed suit after organizers with the United Farm Workers sought to access their property to speak with farmworkers. The plaintiffs in Cedar Point Nursery v Hassid, Cedar Point Nursery and Fowler Packing Company, argued the California regulation requiring them to provide access up to three hours a day, 120 days a year was unconstitutional and unnecessary.

Today’s 6-3 ruling fell along ideological lines, with the U.S. Supreme Court’s conservative majority agreeing with the growers. They held that the access regulations allowed “physical invasion” of the land without compensation.

While growers celebrated the decision, labor activists say it will now be harder to access workers and advocate for their rights. As the decision was announced they vowed it won’t stop them from growing their ranks. 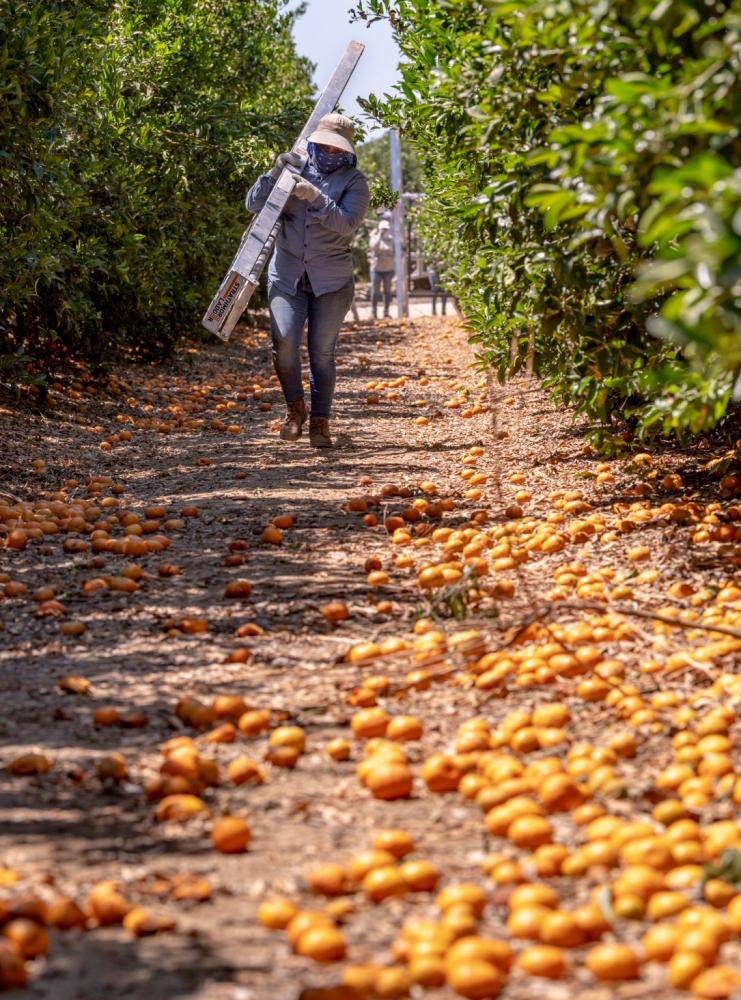 A worker carries a picking ladder over unsold citrus in a grove near Rocky Hill Drive and Spruce Road in Exeter on Monday, June 14, 2021. Ron Holman / Visalia Times-Delta

“It’s good for food safety that you don’t have visitors making incursions into fields to talk to employees while they’re on break, at lunch or working,” he said.

Not all California farmers are impacted by the decision.

His workers have been unionized through the organization for about 40 years. The contracts explicitly allow union reps access to the property and the farmworkers.

“We haven’t really had a problem at all because we’re used to it,” D’Arrigo said. “We’ve got a system, everybody understands the rules, and, quite frankly, we’ve been getting along famously with the UFW for many years, now.

“If you don’t have a contract and aren’t used to (organizers accessing your property), I could see it upsetting people. But for us, it’s a way of life,” he said.

Labor organizers absorbed the blow and said that the decision wouldn’t stop them from working with farmworkers.

UFW Vice President Lauro Barajas was disappointed to hear the Supreme Court had ruled against labor, but not frustrated.

“There’s always something that inspires or pushes us to continue our work,” he said. “The frustration is like giving up, and we can’t give up.”

Barajas said the Supreme Court decision favored growers, who he said historically have had all the power in the employer-worker relationship. The recent ruling, he said, gives growers even more power.

Agricultural employees working on farms have been excluded from federal labor law since 1935.

Following efforts by Chávez and other farm labor leaders, California created the 1975 California Agricultural Labor Relations Act. Among other things, the regulation allowed organizers to access farmer property a maximum of three hours a day, 120 days a year, in order to speak with their employees and drum up support for unionization.

Businesses are supposed to be notified before organizers arrive, and organizers are then allowed to come during nonwork times such as lunch and before and after work. It is rare that organizers use the regulation –– California said organizers took advantage of it just five times in the 2019-2020 budget year and 24 times the prior year.

Cedar Point Nursery and Fowler Packing Company challenged the regulation as unconstitutional and outdated, given that unions can now reach workers in many ways, including smartphones and radio.

This article is part of the California Divide, a collaboration among newsrooms examining income inequality and economic survival in California.

Kate Cimini is a reporter with the Salinas Californian and CalMatters' California Divide project. She covers economic inequality, agriculture, and housing. Previously, she covered national security, natural disasters, and sports. Her work has appeared in the Houston Chronicle, USA Today, VICE, The Athletic, Sports Illustrated online, and others.

CalMatters is a nonpartisan, nonprofit journalism venture committed to explaining how California’s state Capitol works and why it matters.

Environmental regulation, education, health care, criminal justice, economic inequality – the debates on these issues and others have a profound impact on the lives of 38 million Californians and beyond. Yet, mirroring trends across the country, there has been a significant decline in the number of journalists covering the Capitol in Sacramento. This has meant fewer eyes on decision makers, and a public that feels disconnected from its state government.  CalMatters is based in Sacramento, CA.

We rely on your generous support to cover the stories that matter most to you. If you find our work valuable in these difficult times, please support our journalism:  DONATE