Every Billionaire Is a Failure

Instead of debating tweaks at the edges of our tax system, what we should be doing is stretching ourselves to imagine a world where billionaires are impossible. 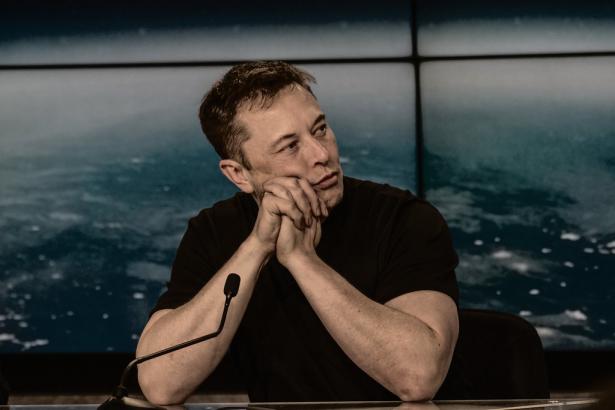 The most shocking thing about ProPublica’s extensive report on the leaked tax returns of the super-rich wasn’t what the report contained — it was the fact that we’re barely shocked anymore.

After examining a trove of tax returns spanning more than 15 years, the journalism nonprofit reported this week that America’s billionaires were legally keeping their tax bills low by declaring minuscule amounts of taxable income relative to their rapidly expanding fortunes. ProPublica calculated that from 2014 to 2018, the 25 richest Americans paid taxes equal to only 3.4 percent of their gain in wealth. But if multibillionaires pay, as a share of their net worth, virtually nothing in income taxes — and sometimes pay nothing at all — we, as a society, let them do it.

Most of the response to the ProPublica report has been to argue about how to tinker with our current tax regime. In response to enormous displays of inequality, we trot out new stratagems to make billionaires toss us back just a few dollars more. Should we tax capital gains at a higher rate? Raise the corporate tax rate? Create a wealth tax? (I’d vote yes to all three.)

But these debates are small bore. They won’t do away with wealth inequality of a truly incomprehensible kind — the sort that allows Elon Musk and Jeff Bezos (who also owns The Post) to engage in their own private space race while a global pandemic pushes more than 100 million people into extreme poverty.

Instead of debating tweaks at the edges of our tax system, what we should be doing is stretching ourselves to imagine a world where this dissonance is truly incomprehensible — a world where billionaires are impossible. Doing so would require a revised conception of what is good and what is fair, an approach focused less on what is “allowed” and more on what is “enough.”

Does that sound far-fetched? Such a philosophy already exists. It’s called limitarianism.

As the director of the Fair Limits Project at Utrecht University in the Netherlands, philosopher Ingrid Robeyns argues that it is not morally permissible to have “more resources than are needed to fully flourish in life.” Just as there is a poverty line under which we agree that no one should fall, limitarianism holds that one can construct a “wealth line” over which no one should rise, and that the world would be better off for it.

Limitarian thought doesn’t depend on a specific number. The crucial point is to debate not where the line can be drawn, but whether it makes sense. And just considering this idea forces a radical, and exciting, revision of how we consider the problems of inequality that ProPublica’s reporting reveals, and pushes us to ask new questions about the axioms by which we have agreed to live.

For instance: What does it say about us that we have agreed to live with chasms so vast, and that we continue to ignore the connection between extreme wealth and immiseration? Why do we so commonly assume that material wealth is a clear signifier of worth?

In 2018, the ProPublica report tells us, the 25 people at the top of Forbes’s annual list of the wealthiest Americans were worth a combined $1.1 trillion, equal to the combined wealth of 14.3 million typical wage earners. Bezos and other billionaires may be uncommonly smart, talented and hard-working, but it’s doubtful they work that much harder than everyone else.

Why do we assume that individuals should be allowed to keep as much as they can grab, and how responsible are we for one another? What would happen if we limited the accumulation of great wealth, and what would a happy medium look like? Surely, the prospect of having “only” $999 million dollars would not stop innovators in their tracks. And even if it did stop some, would the trade-off be so bad?

These sorts of questions are numerous, complicated and more difficult to answer than they first appear. But the real value of this latest revelation about wealth and taxes is that it forces us to start to ask them.

Christine Emba writes about ideas for The Washington Post's Opinions section. Before coming to The Post in 2015, Christine was the Hilton Kramer Fellow in Criticism at the New Criterion and a deputy editor at the Economist Intelligence Unit, focusing on technology and innovation. She grew up in Virginia and holds an A.B. in public and international affairs from Princeton University.