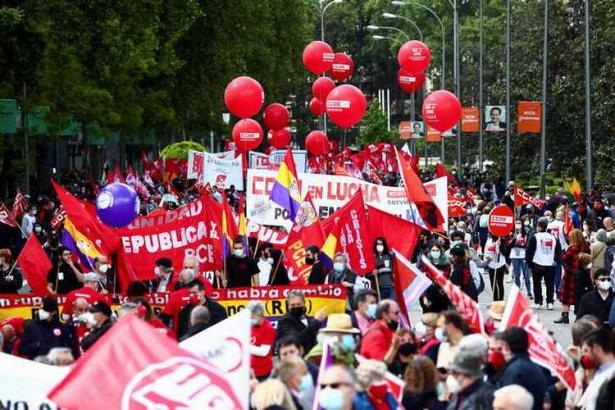 For decades now, social movements, communities and activists around the globe have been building practices and narratives on those very messages under the related umbrellas of the Right to the City and the New Municipalism. These contributions seem more relevant than ever, for they provide concrete clues for confronting the current emergency.

150 years on, what ideas and strategies can we excavate from the Commune for the present day? Just like in Paris in the late 19th century, in the new mega-cities of the global south production and consumption – worker and citizen – intwine.

In May’s local elections, Croatia’s green-left platform won the capital’s assembly and its mayoralty. The new government has big plans for a clean, democratic city – but the challenges of building it under assault from the right remain.

For four years, municipalists held power in cities across Spain. Their successes and setbacks hold important lessons for municipalist activists and organizers today.

Bangkok draws in labour and resources and brain drains the rest of the country, while repressive governance and a reactionary culture of homogeneity is exported out. Today, however, a new, widespread mass movement against Bangkok’s hegemony is rising. This movement is built on the concepts of decentralisation, self determination, ecological justice and anti-hierarchy.

UTT’s grassroots model makes it simple to get involved. Leaders make a WhatsApp group with their customers, UTT periodically sends priced food products in a truck, and then the group coordinates delivery and payment. In the Buenos Aires Metropolitan Area, this model grew until it covered every single district, even those where cars cannot enter.

The popularity of Berlin’s campaign to expropriate corporate landlords shows just how few people trust capitalism to provide them with affordable, good-quality homes.

The New Politics conference 2021 made a profound theoretical contribution to many of the most pertinent debates facing the left internationally. Over five days, participants explored questions about the state, social class, social movements, political parties, feminism and intersectional politics, eco-socialism, and much more.