ExxonMobil Lobbyist on Playbook for Plastic: “It’s Just Like on Climate Change” 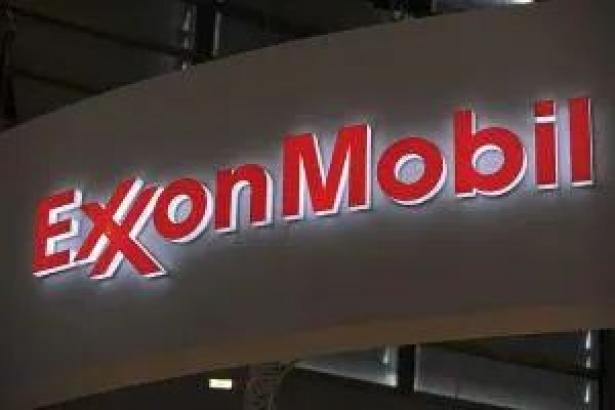 Greenpeace UK has released additional video clips of its explosive, undercover interview of one of ExxonMobil’s top lobbyists. In these new video segments, Keith McCoy, senior director of federal relations for the oil giant, describes how the company’s playbook for dealing with public outrage over its plastic pollution is “just like on climate change.”

McCoy also reveals that Exxon is linked to PFAS, a substance incorporated in many consumer products that has become notorious as a “forever chemical” because of its durability in the environment and ability to foul water supplies. McCoy describes the company’s efforts to lobby against PFAS regulation “under the guise” of industry front groups — an effort he boasts has succeeded in keeping PFAS from becoming known as “the Exxon Mobil chemical.”

Greenpeace UK’s journalism project, Unearthed, obtained video footage of McCoy, it says, during a May Zoom interview in which it posed as a corporate headhunter. As Rolling Stone previously reported, McCoy boasted of the company’s success in blocking effective climate change regulation in Washington D.C., with the help of “crucial” senators, many of them Democrats.

PLASTICS
Global plastic pollution is an unchecked crisis. (For more background, read Rolling Stone’s harrowing deep-dive investigation, Planet Plastic.) Plastics are made from hydrocarbons, and ExxonMobil is among the world’s top producers. A recent study by the Minderoo Foundation found that half of all single-use plastic can be traced to just 20 companies. Among them, “ExxonMobil tops the list,” the study reports, “contributing 5.9 million tonnes to global plastic waste.”

Discussing ExxonMobil’s approach to rising awareness of plastic pollution, McCoy says the company is following the same playbook in D.C. it used to delay action on climate change, and that the company is prioritizing the innovation of “talking points” over actual solutions to address the permanence of plastic pollution. He describes how ExxonMobil is a tail that wags the dog of “our” front group, the American Chemistry Council, and how ExxonMobil is battling to pass ACC’s industry-friendly “model legislation” on plastics, instead of more progressive “comprehensive” reforms.

Prompted by the undercover Greenpeace interviewer to discuss how ExxonMobil is fending off government regulation, McCoy responds:

You want to get smart on it. Right? Because you know it’s coming…. It’s just like on climate change. Right? So when climate change came up — well, it’s here. But when it started, you started to have conversations to say, “Well, you can’t completely change the electric grid from coal and gas into wind. And here’s why.” It’s the same conversation: “You can’t ban plastics, because here’s why.” Or, “You can’t recycle, or legislate 100% recycling, because, here’s why. It’s just not technologically feasible.” So so we’re doing the research, we’re looking at our markets, we’re looking at the chemistry. And we’re hoping to be able to come up with — if not solutions — at least reasons and talking points to have with members of Congress. And so that’s part of everything that’s happening with individual companies, with our trade association, American Chemistry Council. American Chemistry Council is at the state level, at the federal level, they are international. So they have a really good viewpoint of all of the chemical landscape. And and we’re a part of all of those conversations there, because we would prefer to model legislation that the American Chemistry Council put forth, as opposed to, say, a super progressive member of Congress that puts forth that puts forth a comprehensive piece of plastics legislation. We prefer it comes from us, rather, from them.

PFAS
Found in consumer products from furniture to clothing to fast-food wrappers, PFAS can contaminate water supplies and are believed to be hazardous to human health. (The threat was explored in the 2019 Hollywood film Dark Waters.) According the CDC, “exposure to high levels of PFAS may impact the immune system” and the chemical is may be linked to an increased risk for a wide array of health problems including pregnancy complications in women and testicular cancer in men.

The Greenpeace interviewer gets McCoy to reveal ExxonMobil’s previously unheralded link to PFAS. And the interviewer also gets him to describe how ExxonMobil has helped organize a broad-based lobbying push in Washington D.C., in which it obscures its interests by working through a panoply of associations and front groups. McCoy explains in detail why ExxonMobil doesn’t “want to be up front talking about it” because if people “start talking about how this is an ‘ExxonMobil chemical’ and ‘Exxon Mobil is poisoning our waterways,’ the debate’s pretty much over.”

We manufacture PFAS, the chemical. We use it in our firefighting equipment. So we have pushed our associations to be out front on that, to say some things about that — whether it’s API [the American Petroleum Institute] or the American Chemistry Council — to say some things about PFAS that we definitely don’t want to be up front talking about. We think if word got out that Exxon Mobil manufactured those chemicals, that Exxon Mobil uses those chemicals, it’s a talking point. You know, it becomes “the Exxon Mobil chemical.” And that is just going to hurt the effort. They start talking about how this is an “Exxon Mobil chemical” and “Exxon Mobil is poisoning our waterways,” the debate’s pretty much over.

McCoy also discusses in detail how ExxonMobil uses industry front groups to “tamp down” the excitement on Capitol Hill for regulating a chemical he seems to admit can’t be cleaned up “once it’s in the waterways”:

API goes up to the Hill — as API, with coalitions. They get partnerships in trying to bring in some other partners, such as the National Association of Manufacturers, the US Chamber of Commerce, American Fuel & Petrochemical Manufacturers, AFPM which is a natural partner on this because that’s the association for refineries. So… you build this coalition… It’s just associations, no companies. Companies feed into that. Privately, we have meetings — but the public face of it are the associations. They go to the Hill, they have these conversations. They talk about the use of these chemicals. They talk about the manufacturing of these chemicals and talk about the alternatives for these chemicals. And that tamps down the rhetoric. It tamps down the excitement. But the debate is right now “forever chemicals.” Once it’s in the waterways, there’s no cleaning it up. So, I mean, there has to be that component as well: How how can you get it out of the waterways?

The undercover Greenpeace interviewer presses McCoy on whether the public has any notion that PFAS is an ExxonMobil product, and even gets McCoy to ballpark the company’s revenue from PFAS:

Interviewer: Do people know that ExxonMobil makes that chemical?

Interviewer: So you managed to lobby successfully on that while keeping it completely…

Interviewer: How much money do you guys make from this chemical?

McCoy: I mean, it’s not a big business, it’s, you know, for a company, Exxon Mobil size probably a few hundred million, which is a which is a big but it’s it’s enough that it gets our attention.

Neither ExxonMobil nor McCoy is disputing that the video segments are legitimate. (McCoy posted on LinkedIn that he was embarrassed that “I allowed myself to fall for Greenpeace’s deception.”) In a statement to Greenpeace, the oil giant insisted, contrary to McCoy’s claims, that “ExxonMobil does not manufacture PFAS.” However it clarified to a British news channel that the company does make use of the chemical: “We do use PFAS in some of our products, and we purchase firefighting foams which contain PFAS for fire safety and suppression at certain facilities.”

ExxonMobil’s CEO, Darren Woods, has additionally maintained — in statements that strain belief — that McCoy’s descriptions of ExxonMobil policies and lobbying are “disturbing and inaccurate” and “entirely inconsistent with our commitment to the environment.”

Tim Dickinson is a contributing editor to Rolling Stone. His article "Machinery of Hope" about U.S. president Barack Obama's 2008 political campaign was anthologized in The Best American Political Writing 2008.