Public Citizen, which called for the FDA acting commissioner "to immediately resign or be removed" over the "reckless and inexcusable" drug approval, welcomed her "belated" request. 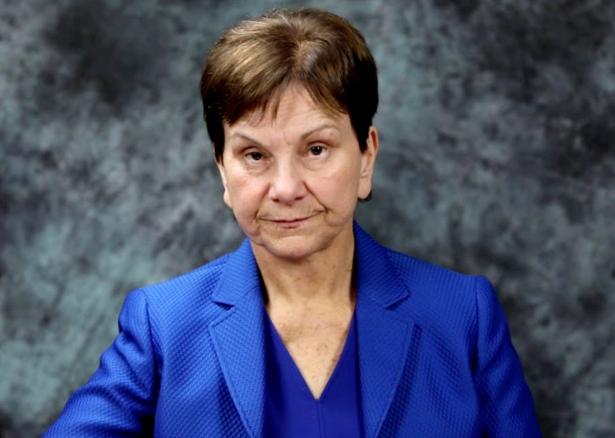 Public health advocates and other critics of the Food and Drug Administration's June decision to approve the first new medication for Alzheimer's disease in nearly two decades welcomed the acting commissioner's Friday call for an independent investigation into the agency's review of the questionably effective drug—including staff contact with its developer, Biogen.

The probe request from Dr. Janet Woodcock, the FDA's acting commissioner, came just a day after the agency narrowed its recommendation about which patients are given Biogen's drug aducanumab, known by the brand name Aduhelm. It also follows an exposé in STAT revealing that "FDA officials worked hand in hand with Biogen executives to get the drug on the market."

Public Citizen—a consumer advocacy group that has repeatedly called for Woodcock "to immediately resign or be removed" over the "reckless and inexcusable" approval of the drug—noted the development on Twitter and declared, "The public deserves transparency."

The approval of Biogen’s aducanumab to treat Alzheimer’s disease was completely reckless.

The investigation of FDA’s close relationship with Biogen must look at the role @DrWoodcockFDA's played in permitting this.

In her Friday letter to Christi Grimm, acting inspector general for the U.S. Department of Health and Human Services (HHS), Woodcock acknowledged that "there has been significant attention and controversy surrounding the process for review" of the monthly intravenous infusion with a $56,000 annual price tag.

Given growing concerns among advocates, lawmakers, and doctors—including multiple members of an FDA advisory panel who resigned in protest—Woodcock requested that HHS's Office of Inspector General conduct "an independent review and assessment of interactions between representatives of Biogen and the FDA during the process" that led to the agency's "accelerated approval" of Aduhelm.

Woodcock noted concerns "regarding contacts between representatives from Biogen and FDA during the review process, including some that may have occurred outside of the formal correspondence process," and said that for the sake of public confidence in the agency, it is critical to determine if any interactions "were inconsistent with FDA policies and procedures."

Earlier this week, I demanded that @OIGatHHS investigate the approval of this new Alzheimer's drug, and I'm glad @DrWoodcockFDA agrees. Scientists opposed @US_FDA's decision, and reports showed that pharma execs worked behind the scenes to get approval despite poor results. https://t.co/ciTX2x6TSE

Dr. Aaron Kesselheim, a professor of medicine at Harvard Medical School and Brigham and Women's Hospital, is one of three experts who quit an FDA advisory panel last month over Aduhelm's approval.

Kesselheim expressed support for a probe and told the New York Times that "it's really important that an investigation happen publicly and quickly so that we find answers to some of the many outstanding questions swirling around this decision."

Dr. Michael Carome, director of Public Citizen's Health Research Group, also welcomed Woodcock's "belated request for an independent IG investigation of her agency's inappropriately close collaboration with Biogen," pointing out that his group had called for a probe months ago.

"Such an investigation must be broad and determine when Dr. Woodcock first became aware of this collaboration and whether she ever specifically endorsed or facilitated it in any way," he said in a statement Friday.

The IG also must examine how Dr. Woodcock fostered a culture within the FDA's Center for Drug Evaluation and Research that permitted and encouraged such an inappropriate collaboration with regulated industry. Under her leadership over the past three decades, the relationship between the FDA and the pharmaceutical industry has grown ever cozier—resulting in regulatory capture of the agency by industry.

It is also imperative that Congress proceed expeditiously with its own announced investigation of the FDA-Biogen collaboration to ensure a thorough assessment and public airing of the circumstances that lead to the FDA's reckless and inexcusable decision to approve aducanumab.

Alexander Gaffney, head of research at Politico's AgencyIQ—a division focused on the regulatory environment, particularly the FDA—suggested the agency "might think they have a better chance with OIG than with Congress. (But the risk is that what OIG finds leads to more congressional interest)."

Well, this isn't something you see every day.

This is kind of a bold move on the part of the FDA. They might think they have a better chance with OIG than with Congress. (But the risk is that what OIG finds leads to more Congressional interest). https://t.co/O4SOkwfmRZ

STAT reported that "one former FDA official said that an investigation could actually help distance Woodcock from the controversial Aduhelm decision. The longtime agency veteran is currently its acting commissioner, but she is a leading contender to be nominated for the full role. The official pointed out that even though Woodcock was not involved in the approval decision, it was made by people she had elevated to decision-making roles."

As the medical news outlet explained:

Inspector general investigations are among the most serious types of civil investigations that can be conducted into a federal agency. The inspector general's office typically has broad power to subpoena internal FDA documents and to conduct interviews under oath. The OIG can also refer potential criminal violations to the Department of Justice. However, no allegations of criminal conduct have been made against the FDA.

It is rare for the OIG to investigate the FDA, and even more exceptional for it to investigate an individual drug approval decision, according to STAT's review of public records. The inspector general is currently reviewing a number of FDA programs, like its systems for monitoring the safety of medical devices, though the majority of those inquiries are audits and evaluations, less serious forms of investigations.

Although an HHS investigation is not yet guaranteed, Dana Conti, a spokesperson for Biogen, told the Times that the company "will, of course, cooperate with any inquiry in connection with a possible review of the regulatory process."

CNBC reported that "shares of Biogen fell by more than 3% after the announcement" of Woodcock's request. Alarm over the FDA's approval of the drug stems from not only potentially problematic interactions between the agency and Biogen but also uncertainty over the effectiveness of Aduhelm.

"Recognizing that clinical trials of the drug had provided incomplete evidence to demonstrate effectiveness, the FDA granted approval for the drug to be used but required Biogen to conduct a new clinical trial," the Times explained last month. "If the new trial, called a Phase 4 trial, fails to show the drug is effective, the FDA can—but is not required to—rescind its approval."