The Human Costs of the Pandemic Olympics

The Tokyo Games should be a warning to potential Olympic hosts everywhere. The 2020 Olympics are unfolding like the nightmare scenario so many medical officials predicted. 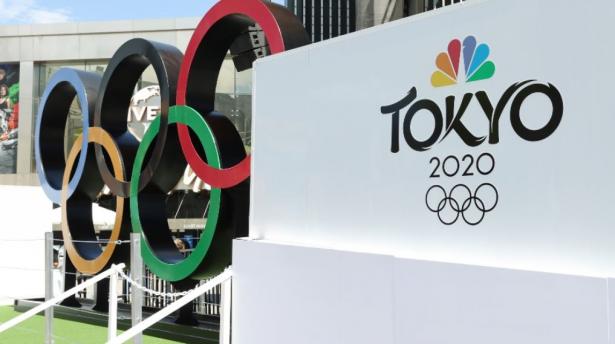 The 2020 Olympics are unfolding like the nightmare scenario so many medical officials predicted. You’d need an Excel spreadsheet to track all the Covid-19 cases that are already plaguing the Games, including inside the Olympic Village. International Olympic Committee President Thomas Bach has at times been painfully blithe about the chance that the virus could disrupt the games or infect the vulnerable population of Tokyo. Dr. Annie Sparrow, echoing the opinion of so many disregarded experts, summed up Back in a tweet: “All talk and no action.” In addition, Sparrow said of the IOC: “All along the way there’s been an ignorance of science.”

This “ignorance” is putting lives at risk not only inside the Olympic bubble but outside it too. Only around 22 percent of Japan’s population is fully vaccinated, according to government statistics. On the cusp of the Tokyo 2020 opening ceremony, set for 7 AM ET on Friday, Covid rates in the host city are on the rise, marking a fifth wave of the coronavirus that has spiked with the invasion of the highly transmissible Delta variant. These Olympics are incredibly unpopular throughout the greater Tokyo area, which comprises 37 million people, and for very good reason: They could end with an utterly avoidable body count.

Meanwhile, in fending off calls to cancel the Games, Bach has used Olympians as human shields: “The IOC, will never abandon the athletes, and with the cancellation, we would have lost a whole generation of athletes. So therefore, a cancellation for us was not really an option.” Yet many athletes have already been “lost” to the games because of Covid, including a member of the US Gymnastics team, tennis star Coco Gauff, and a roster of USA basketball players, including stars Bradley Beal and Zach Lavine. Not to mention the loss of life that may result in Tokyo after the 80,000 “guests” of the Olympics have gone home and the confetti has been swept away.

On one hand, Bach admitted that when it comes to Covid, “We will not succeed 100 percent. That would be putting the bar too high.” On the other hand, he left both medical officials and purveyors of basic common sense slack-jawed when he vowed that there would be “zero” risk that an athlete who contracted the virus would spread it to others in the Olympic Village or to people in Japan.

Bach added, “We are also confident that once the Japanese people will see the Japanese athletes perform this Olympic Games, hopefully, that then the attitude may become less aggressive.” In other words, some people may have to sacrifice their health—and perhaps even their lives—but the Games must go on.

The IOC insists that it’s there to “celebrate the athletes” and that it is PUTTING ATHLETES FIRST. But holding the Olympics during a global health pandemic actually puts the athletes last. Like a parrot enrolled in a repetition contest on Groundhog Day, the IOC contends that the Tokyo Olympics are “safe and secure.” Tell that to the South African soccer players who tested positive for the coronavirus in the Olympic Village. Or tell that to—as of this writing—the 71 people who are either athletes or part of Olympic delegations who have been diagnosed with the virus since touching down.

The IOC is fully responsible for placing the lives of Olympians at risk. The committee alone has the power to cancel the Olympics, thanks to the lopsided host-city contract that Tokyo officials signed.

Bach said, “What will make the Games so historic is the demonstration that they can happen in a safe and secure way, even under the circumstances of this pandemic.”

To say this rings hollow to everyday people in Japan is a massive understatement. Satoko Itani, a professor at Kansai University in Japan, told The Nation: “I have been very concerned about the devastation these Olympics have already brought to Japanese society. All the circumstantial evidence suggests that because Japan was the Olympic host nation, the government has played down the seriousness of this pandemic and as a result failed to contain the spread of the virus when they could. This has already resulted in too many deaths. Now, residents of Japan are watching as every day new cases of Covid-19 involving Olympic related visitors emerge. We are also witnessing that the so-called Olympic ‘bubble’ isn’t working. I’m appalled. Tokyo 2020 threatens lives here by spreading the virus and by sucking up public resources we desperately need to recover from the pandemic and other natural disasters that occur so regularly here.”

The Tokyo Games should be a warning to Olympic hosts everywhere. Not only have the Games thrown a spotlight on endemic Olympic problems—overspending, the displacement of working people, the militarization of the public square, and greenwashing—but they also underscore the ethics-free zone perpetrated by the unsavory band of peripatetic sport barons running the IOC as well as the corruption, both legal and illegal, that the group enables. In staging the Games, the IOC has shown the world that its ethics should only be measured in parts per million.

As for Thomas Bach, Itani reflects a wide sentiment in Japan when he says, “People here have been angered by his arrogance and carelessness. What’s particularly upsetting is that he went to Hiroshima and Nagasaki without a two-week quarantine period despite the opposition from hibakusha [survivors of the Atomic bombs the United States dropped on Hiroshima and Nagasaki]. They don’t want their experiences to be used to ‘peace-wash’ the Olympics. If Bach is really interested in creating peaceful world, he has to start by listening to people. Forcing his own will on someone or speaking without knowing what is really happening to people is opposite of peacemaking.”

Far from “peacemaking,” we have a potential super-spreader event being visited upon a largely unvaccinated population during a Covid state of emergency. That’s not an act of peace. It’s an act of war.

[Dave Zirin is the sports editor of The Nation and the author of Game Over: How Politics Has Turned the Sports World Upside Down.

Jules Boykoff is a professor of political science at Pacific University in Oregon and the author of four books on the Olympic Games, most recently NOlympians: Inside the Fight Against Capitalist Mega-Sports in Los Angeles, Tokyo.]