Texas Republicans Can't Handle the Truth About the Alamo

Texas conservatives are so exercised about the possibility of students learning more about slavery and racism that Governor Abbott has added discussion about a ban on the teaching of critical race theory to the special legislative session. 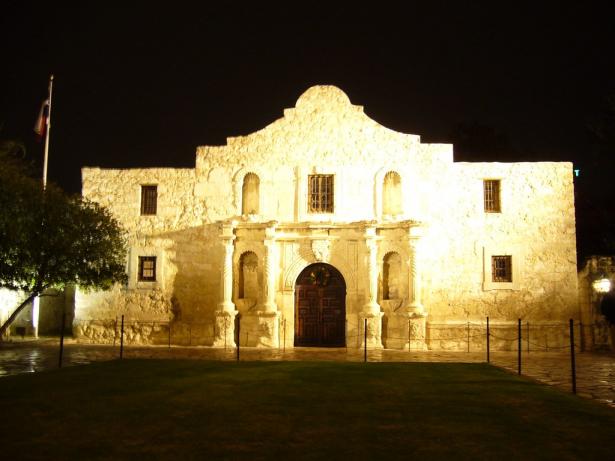 "Remember the Alamo" by The Rocketeer, licensed under CC BY-NC-ND 2.0

With more than 300 RSVPs, the event hosted by the Bullock Texas State History Museum in Austin was shaping up to be the highlight of our virtual book tour for “Forget the Alamo: The Rise and Fall of an American Myth.” But about four hours before showtime last Thursday, my co-authors, Bryan Burrough and Chris Tomlinson, and I received an email from our publisher. The Bullock had backed out, citing “increased pressure on social media.” Apparently, the state history museum was no place to discuss state history.

This isn’t how things are supposed to work, even in Texas, but the truth turned out to be even worse. The state history museum wasn’t bowing to social media pressure but to political pressure from the state’s Republican lieutenant governor, Dan Patrick, who claimed credit for the kill the next day.

“As a member of the Preservation Board, I told staff to cancel this event as soon as I found out about it,” tweeted Patrick, adding, “This fact-free rewriting of TX history has no place @BullockMuseum.”

Minor umbrage compels me to defend the book as well as the museum, which currently is hosting a Jim Crow exhibition. As The Post noted in its review of our book, we “challenge the traditional view” of the Alamo saga, one popularized by Disney and John Wayne and cemented by politicians in the Texas school curriculum.

The Heroic Anglo Narrative is that in 1836, about 200 Texians (as White settlers were known, to distinguish them from Tejanos) fought a doomed battle at a Spanish mission in San Antonio against thousands of Mexican troops, buying Gen. Sam Houston enough time to defeat tyranny in the form of Mexican ruler Santa Anna and win freedom for Texas. The myth leaves much out, most notably that Texians opposed Mexican laws that would free the enslaved workers they needed to farm cotton.

Politicians barricading the figurative doors of the Alamo in defense of the myth are nothing new. In 2018, a panel reviewing the state history curriculum suggested not requiring seventh-graders to learn that those who died at the Alamo were “heroic.” Republican state political leaders, including Sen. Ted Cruz and Land Commissioner George P. Bush — the nephew and grandson of presidents and the state officeholder with oversight of the historic site — reacted as if the Alamo were once again besieged.

“Stop political correctness in our schools,” tweeted the state’s Republican governor, Greg Abbott. “Of course Texas schoolchildren should be taught that Alamo defenders were ‘Heroic’!”

In the past few years, the boogeyman for these self-appointed defenders of ersatz history has evolved from a generalized “political correctness” to the New York Times’s 1619 Project and other efforts to center slavery and the role of racism in the American story. More than 20 states have introduced or passed legislation that attempts to prescribe how racial matters can be taught. In Texas last month, Abbott signed into law an act establishing a committee called the 1836 Project (get it?) to “promote patriotic education.”

Texas conservatives continue to appear quite exercised about the possibility of public-school students learning more about slavery and racism. So much so that Abbott has added further discussion about a ban on the teaching of critical race theory to the agenda for an upcoming special legislative session.

This is the political flotsam in which our virtual book event was snagged. A couple of days before the scheduled talk, the head of a right-wing think tank in Austin took to Twitter to attack the Bullock Museum for using public resources to provide a platform for our “trashy non-history book,” taking care to tag the governor, lieutenant governor and house speaker. They sit on the State Preservation Board, which oversees the museum.

On the day of the event, July 1, the think tank posted: “Like the New York Times’s debunked 1619 Project, this is an effort to diminish the great figures of history and place slavery at the center of every story.” As it happens, several of the central figures in the story of the Alamo, including William Barret Travis and Jim Bowie, either enslaved people or had attested to the importance of slavery. A few hours after the think tank’s post, the event was canceled.

I’ll leave it to First Amendment scholars to say whether forbidding a state facility to host a conversation because of the contents of a book constitutes censorship. As a Texan, I’m just embarrassed to be governed by politicians who quaver at the prospect of a single uncomfortable conversation. If Texans were tough enough to fight at the Alamo, they should be tough enough to talk about why.

Jason Stanford is the Austin-based writer of the Substack newsletter the Experiment and the co-author, with Bryan Burrough and Chris Tomlinson, of “Forget the Alamo: The Rise and Fall of an American Myth.”