At the end of the day, Simone Biles is a worker. And she was right to put her mental health first, just as any worker should be able to stay home sick instead of pouring their life force into serving someone else. 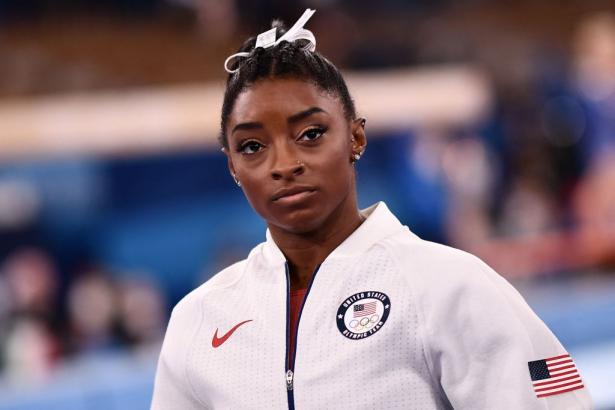 There’s always something weird about the Olympics. Not the often-obscure sports themselves (this year there’s the addition of three-on-three basketball, with break dancing coming in 2024), but the contradictory pageantry of it.

On the one hand, the Olympics are a fierce national competition, where great power conflicts play out in a softer version of warfare (though sometimes no less bloody). On the other, they are, in the tradition of its ancient Greek forbear, a celebration of individual athletic prowess — the power of the human mind and body to challenge the laws of speed, strength, and endurance. These two ideals — individual athleticism and nationalist competition — typically coexist quite well, with countries’ Olympic committees offering training and sponsorship resources to athletes in exchange for their participation in literal flag-waving parades of national pride.

But this year, something broke. Simone Biles, the star of the US women’s gymnastics team — and the most decorated gymnast in world championship history — announced this week that she would be withdrawing from the final of the team gymnastics competition and the individual all-around final, the marquee event of Olympic gymnastics. In a press conference, Biles cited mental-health concerns — which she feared could also lead to physical injury in the demanding competitions where intense mental focus is a must:

Compounding the stresses of a COVID Olympics, the past five years have seen revelations of sexual abuse and cover-ups at USA Gymnastics, in some cases going back decades. More than 360 gymnasts — who train for the Olympics as teenagers — have alleged some form of sexual abuse at the hands of coaches, gym owners, and other adults working in the sport. This includes Biles herself, who was one of hundreds of gymnasts to say they were sexually abused by former USA Gymnastics team doctor Larry Nassar. (Nassar was convicted in 2018 of sexual abuse and child pornography charges.)

All in all, it seems more shocking that Biles was willing to compete at all given these excruciating circumstances. Indeed, many people have expressed sympathy with the star gymnast, praising her courage for speaking out about mental-health issues that are often stigmatized.

But the positive response has not been universal. Conservative commentators have decried Biles, with Charlie Kirk calling her a “selfish sociopath” and a “shame to the country” and Piers Morgan writing that “there’s nothing heroic or brave about quitting because you’re not having ‘fun’ — you let down your team-mates, your fans and your country.” Even some liberals, while acknowledging the physical dangers posed by a gymnast not being in the right headspace, have framed that as an excuse (albeit a legitimate one) for abdicating an implied responsibility to fans and the nation to persevere in the face of adversity.

This logic is not just limited to the clear nationalism of the Olympics, where an individual athlete is inevitably an avatar for a nation. Just a few weeks ago, Japanese tennis star Naomi Osaka withdrew from the French Open after refusing to hold a required press conference due to mental-health concerns. Conservative sports writer Joe Kinsey derided Osaka for continuing to do select media appearances, including a photo shoot for the cover of the Sports Illustrated swimsuit edition, while still refusing mandatory post-match interviews.

Implicit in the hate for, or at least skepticism of, Osaka and Biles is the idea that athletes owe “us” — fans, viewers, a nation — something. Society has long projected onto athletes an aspirational view of the human spirit, able to transcend the very laws of physics and achieve greatness. Like Prometheus, their task is to capture something of the divine and let us mere mortals bask in it. In watching a world-class gymnast like Simone Biles, we are taught to believe, we are inspired to reach for the exceptional in our own lives.

As powerful as this narrative is, it treats athletes as some fusion of gods, symbols, and soldiers, rather than what they are: real people with their own human needs and flaws. At a fundamental level, an athlete — even a GOAT like Simone Biles — is an entertainment worker. A highly talented and appropriately compensated entertainment worker, no doubt, but should the god-athlete ever fall short of the impossible expectations hurled at them, they are treated little better than a waiter whose tip has been revoked by a mercurial patron. Just like service and entertainment work more generally, this relationship is also heavily racialized: it is no coincidence to see the ire some white fans hold for women of color like Biles and Osaka, or the black players for England’s soccer team, who were pelted with abuse following their side’s loss in this year’s Euro 2020 finals.

It is perhaps inevitable that in a service economy — where human relationships are divided into the serving and the served — there is an intense, unearned sense of entitlement about athletes. Their lives don’t fully belong to them, but rather to a fan base that demands validation for their own erroneous narratives about national greatness, perseverance, and the enterprising human spirit. This feeling can be just as powerful for fans whose jobs also entail serving a wealthier other: when you feel that gaining power in your own life is remote, you can place that hope — and feeling of disappointment — onto someone else.

No one person — no matter how talented, no matter their level of physical, mental, and psychological discipline — can be expected to carry the massive weight of a whole society demanding hope, purpose, and satisfaction. Athletes may receive plenty of monetary compensation for fame, but they don’t owe their physical and mental health to fans. It may cost her sponsorship revenue in the long run (though so far, not yet), but Biles should absolutely be free to take some time off, just as any worker should be entitled to stay home recovering while sick instead of pouring their life force into serving someone else.

Simone Biles, in asserting her fundamental humanity by prioritizing her health over working, is a valuable reminder for us to see athletes not as symbols for our collective ambitions but as real people doing a very difficult job. Health and well-being are human needs, and they should never be held hostage to a “paying customer” — whether a boss, a nation, or a gymnastics fan.