As the US Treasure finalizes the rules on the use of American Rescue Plan money, they should prioritize workers most impacted by the public health and economic crisis and spend funds in ways to maximize equality. 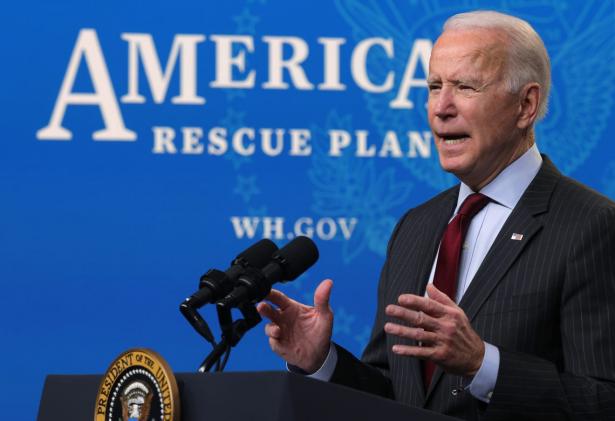 Last month, we at the Economic Policy Institute submitted a public comment on the U.S. Department of the Treasury’s guidance regarding the Coronavirus State and Local Fiscal Recovery Funds. These funds are part of the American Rescue Plan (ARP) Act’s resources for state and local communities to respond to the public health and economic crisis. The funds—nearly $350 billion—may be used to support public health responses, mitigate negative economic impacts, replace public-sector revenue lost due to the pandemic, provide premium pay for “essential” workers, and make necessary investments in water, sewer, and broadband infrastructure.

The current public health and economic crisis is happening in the wake of more than a decade of underinvestment by state and local governments. During the Great Recession, cuts to jobs and state and local spending delayed a full recovery to pre-recession unemployment rates by more than four years. Public-sector job losses, especially in state and local education, were among the highest during the pandemic. Cuts to public services and staffing have been especially harmful for women and Black workers, who are disproportionately employed in the state and local public sectors.

The U.S. Treasury is finalizing its rules on specific uses for these funds. Our comment was one of hundreds submitted as part of this rulemaking process. In our comment, we argue that the following are key considerations to guide state and local policymakers for using these funds:

Most state and local governments, prior to the pandemic, had still not returned to the public employment levels they had prior to the Great Recession. The recovery funds should be used to re-hire workers, fill vacancies, and hire additional workers to support allowable spending areas described in the U.S. Treasury guidance. This includes “safety net advocates”—state and local government employees who will help people navigate the complicated steps necessary to obtain the benefits and services they are owed. When the pandemic hit, many cities, counties, school districts, and states were overwhelmed. Too much was lost—in time and benefits—because systems were difficult to access. Consequently, public services were strained across the board. The United States needs a robust public sector capable of much more.

Funds should be equitably targeted and spent, not saved, to maximize relief and recovery

As of April, the U.S. economy was down more than 8 million jobs compared with the pre-pandemic period, and more than 10 million people were actively looking for work. Even as overall unemployment decreases, Latinx workers are 70% more likely to experience unemployment than white workers and Black workers are twice as likely to experience unemployment as white workers due to structural racism and discrimination in the labor market. Economic hardship is widespread and persistent as families are unable to put food on the table and fall behind on rent and other basic expenses. Direct cash transfers by state and local governments should be targeted to the most vulnerable households and individuals, leaving universal programs to be undertaken by the federal government.

Further, aid to businesses should be a small part of the use of relief funds. Direct spending on public services and aid to the most vulnerable households have a stronger macroeconomic stimulus effect than most forms of aid to businesses, especially tax cuts. Large-scale business relief in previous recovery packages, most notably the Payroll Protection Program (PPP) in the CARES Act, proved less efficient in delivering income and economic security to households than direct expansions to unemployment insurance (UI). We contend that ARP’s prohibition against net tax cuts should apply to business tax cuts, and disguised tax cuts like deferrals or abatements should be considered in violation of this rule.

The ARP and Treasury rules rightly prohibit the use of fiscal recovery funds for tax cuts. However, many of the comments to Treasury from local governments suggested that the rules should allow for the repayment of public borrowing, and to pay off unemployment insurance trust fund debt balances. We do not believe these are proper uses for these funds.

Spending, rather than saving, ARP dollars is essential to avoid a repeat of the long, slow recovery of the 2010s. These investments will have a positive economic impact for many years, in contrast with many of the front-loaded funds which provided immediate economic relief (such as stimulus payments). Part of the state pivot to austerity after the 2008 crisis was because federal American Recovery and Reinvestment Act (ARRA) funds did not continue, even as unemployment remained high.

Black, Indigenous, Pacific Islander, and Latinx people have experienced the highest death tolls from COVID-19. People of color are also more likely to work in front-line occupations and industries deemed essential during the pandemic, including health care, child care and social services, and grocery and food production. Black and Latinx workers and women tend to be paid less, have fewer workplace protections, and are less likely to receive paid sick leave due to occupational segregation.

As such, we recommend that ARP funds be used to strengthen labor standards by providing premium pay to front-line essential workers as well as implementing and enforcing health and safety policies and policies to protect workers from retaliation by employers. Wage theft and workplace injuries remain all too common, and our systems for protecting workers from predatory or neglectful employers are insufficient.

Additionally, we urge that states and localities set up paid leave programs targeted to front-line workers, so that workers will be able to take the time they need to care for themselves and their families without risking their already-precarious incomes. We also call for state and local recovery resources to be used to eliminate barriers to income and employment for people and families impacted by incarceration, and to support jobseekers locked out of employment due to systemic racism and discrimination in the labor market. ARP funds can be used to expunge conviction histories, reinstate drivers’ licenses, pay court fees, and take other steps to reduce the negative impacts of incarceration and a justice system that perpetuates systemic racism.

Public engagement, transparency, and accountability in the development and implementation of spending priorities are essential

States and localities should consult with unions and other organizations embedded in communities most impacted by COVID, such as worker centers, as they identify funding priorities.

Clear public participation and engagement, as well as transparency and accountability measures, are also critical to ensuring that there is public commitment to improving public health, supporting jobs with family-sustaining wages and benefits, and advancing equitable outcomes. Our comment also recommends a public complaint process to address states’ nonadherence to the final rule.

Greater public investment is needed for public health, safe drinking water, affordable child care, secure housing, quality schools, and transportation that connects people to their workplaces and communities and reduces pollution. The Coronavirus State and Local Fiscal Recovery Funds offer a critical opportunity to support stronger, healthier communities to further racial, economic, and gender equity while making sure that workers and communities have a seat at the table to define spending priorities. Neither the public health emergency nor its economic consequences are over, especially for Black and Brown workers who have long faced structural racism, sexism, and xenophobia in the labor market. It is crucial that state and local governments spend the ARP funds to support good jobs that value and protect workers.