We Must Defeat the California Recall

With a mobilized anti-immigrant anti-Mexican campaign, a majority of California voters could turn Republican once again. To avoid this calamity, every union, prodemocracy group, Latino political organization needs to organize to defeat the recall. 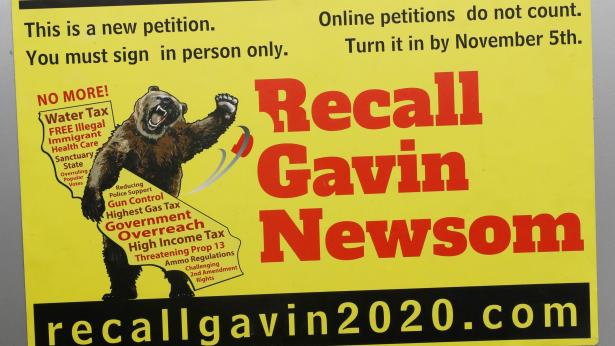 The  California recall vote scheduled for Sept 14, is powered by a partisan, Republican coalition of national Republicans, anti-vaxxers, QAnon conspiracy theorists, anti-immigrant activists and Trump supporters. They seek to overturn the California governor’s election and their victory could threaten California’s economic recovery and Covid  control efforts.

From the Los Angeles Times: “Allied with radical and extreme elements… includ[ing] groups promoting distrust of government, science and medicine; peddlers of QAnon doomsday conspiracies; “patriots” readying for battle and one organization allied with the far-right extremist group, the Proud Boys.”

POLITICO reported how one of the co-founders and chief organizers of the recall- a former Yolo county deputy sheriff, suggested it would be a good idea to “microchip” immigrants, and anti-immigrant rhetoric has been central to recall organizers’ appeals to supporters.

In addition to the anti Vaxxer extremism, the recall advocates reveal their anti-immigrant  emphasis in the published official statement of reasons for the recall.  In the second sentence they say, “ Governor Newsom has implemented laws which are detrimental to the citizens of this state and our way of life. Laws he endorsed favor foreign nationals in our country illegally, over that of our own citizens….  And, in the fourth sentence  they say, “ He has imposed sanctuary state status and fails to enforce immigration laws.”

That is how they argue in public for the record.  On social media they are much more blatant and aggressive. Could they be more clear? These are anti immigrant dog whistles.  And dog whistles work with some voters.

This campaign is a  dangerous repeat  of the 1994 campaign of California Prop.187 which initiated over 10 years of anti-immigrant repression in the nation.   California  Proposition 187 was a hate crime.  It was a racist law, passed by 2/3 of California voters.  It banned over 600,000 immigrants from receiving needed food stamps, medical care.   Although overturned by a court decision at the state level in 1999, the elements of California  Prop. 187 became national law in 1996 as a part of the Immigration Reform and Control act of 1996 and the bipartisan "Personal Responsibility and Work Opportunity Reconciliation Act of 1996 (P.L. 104-193)."  during the Clinton Administration.

These laws and policies are included in some of the most punitive and cruel  aspects of our current immigration enforcement system. How did this happen?  In the Summer of 1993, a failing economy and governmental retrenchment combined to make Republican Governor Pete Wilson the most unpopular governor in recent history.  By November of 1994 Wilson won re-election with over 56% of the vote.  Two factors combined to deliver victory to Wilson; a mean spirited, divisive, and racist campaign directed against Mexican and Mexican Americans, and an inept campaign by Democratic Candidate Kathleen Brown.

The voters of California voted 62% to 38% in favor of Proposition 187, the  so called Save Our State initiative to restrict illegal immigration. A number of groups including FAIR, the Republican Party,  Zero Population Growth and the Perot organization worked together to qualify the initiative.

On campuses the Chicano/Latino youth mobilized in unprecedented numbers. School walk outs and protests occurred up and down the state – but campus politics could not match the power of enraged, organized, angry voters.

Make no mistake about it. This was an anti-Mexican campaign.  While Wilson said that he welcomed legal immigrants, the photos, the ads, the letters, the references, and the scapegoating clearly blamed Mexicans for the state’s economic crisis.

The anti-Mexican immigrant campaign of 1994  had far reaching  consequences.  For example, Proposition 186 on the same ballot would have provided a single payer health system for California, but it was defeated by the engaged voters.  In following years similar White voter majorities passed Proposition 209 banning Affirmative Action in California, and Proposition 227 banning bilingual education programs among others.

Since Trump, blame the immigrant politics is on the Republican voter mobilization agenda once again. They are using the Covid economic crisis and blaming the current California governor for an endless series of problems related to the pandemic – and they are engaging and motivating the dangerous, armed white militarized organizations.  This agitation grows the white supremacy movement in the state and advances Republican politics- the same people who sought to overthrow the U.S. government on Jan.6, 2020.

California politics changed in the decade after the 1994 passing of Proposition 187. The Latino vote grew from about 20% of the electorate to 30 %.  A new younger generation of Latinos have now become active and elected leaders.  The growth of the Latino vote produced a major shift as California “Turned Blue,”  https://newlaborforum.cuny.edu/2020/01/03/the-blue-ing-of-california/ .  However the harmful national legislation that derived from the Proposition 187 campaign was never repealed.  It remains law.

And, bad race baiting politics did not go away.  In a substantive July 27, 2021, poll, some 47% of likely California voters would vote to recall Newsom, while some 50% oppose the recall.  And, the Republican right is much more engaged  and enthused in the campaign than are the Democrats.  A September election will be a low turnout election, which usually means an increased percentage of White voters. To date, the anti recall campaign has been unimaginative.

The recall campaign could be a decisive turning point similar to the attacks on union workers by then Governor Walker of 2010-2012 in Wisconsin.  With a mobilized anti-immigrant, anti-Mexican campaign, a majority of California voters could turn Republican once again. To avoid this calamity, every union, every progressive organization, every prodemocracy group, and certainly each of the many Latino political organizations should have their members walking precincts, working phone banks, and talking to their neighbors to make certain that a sufficient number of Democrats and independents understand the danger of this recall campaign.

It is in each of our interests to unite to defeat this recall.