Tenochtitlan, the Mexico City Wound That Hasn’t Healed in 500 Years

August 13, 1521, the date on which the contingent of Spanish conquistadors led by Hernan Cortes along with thousands of indigenous allies took over the capital of the Mexica or Aztec empire, the most powerful force in Mesoamerica at the time. 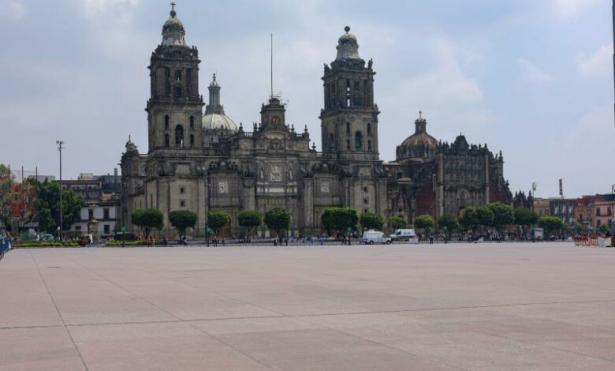 Mexico City, Aug 11 (EFE).- Like a wound that still hasn’t healed, the remains of the great city of Tenochtitlan, which fell to the Spanish conquistadors 500 years ago, are still visible in Mexico City, a metropolis as diverse as it is huge that looks to the past to understand itself.

The rainy afternoon of Aug. 13, 1521, was the crucial moment in the formation of present-day Mexico, with that being the date on which the contingent of Spanish conquistadors led by Hernan Cortes along with thousands of indigenous allies took over the capital of the Mexica or Aztec empire, the most powerful force in Mesoamerica at the time.

The so-called Mexico-Tenochtitlan gave way to Mexico City, the capital of the viceroyality of Nueva España for three centuries and the capital of Mexico from its independence 200 years ago up to the present day, when it is a huge macro-city with many different identities.

“Sure, the Tenochca identity persists but also the Tlatelolca, the Otomi, the Spanish the Lebanese, the Jewish, the French, the one of the Spanish Republicans who came here in the first half of the 20th century and the Americans who are still coming,” Jorge Pedro Uribe, Mexico City’s historian, told EFE on Wednesday.

The city that Cortes found when he arrived at Tenochtitlan in 1519 was very different from the current Mexican capital.

“It was an amphibious city because there were streets of water and streets of dirt and that impressed the Spaniards a great deal. … It was a fantasy city,” Uribe said of Tenochtitlan, a floating metropolis in the middle of Lake Texcoco, which was drained during the colonial era.

It was built around an impressive ceremonial district of about 80 buildings located in the same zone where today the huge Zocalo Plaza is to be found, the political and social center of Mexico, the site of the Presidential Palace, huge demonstrations and concerts.

There, the scars of the conquest are more open than in any other spot because it’s the location of the remains of the Templo Mayor of the Mexica people, dedicated to Tlaloc, the god of rain and fertility, and to Huitzilopochtli, the god of war.

“It was a spot where one could symbolically ascend to celestial levels or descend into the underworld. It was the fundamental center” of society, archaeologist Eduardo Matos Moctezuma, who was tasked in the late 1970s with investigating the temple in one of Mexico’s main archaeological landmark studies, told EFE.

At the time, this was the site of one of the most atrocious acts of the conquest in 1520, when conquistador Pedro de Alvarado conducted a bloody massacre.

The Spaniards had been housed for months before the palace of the emperor, Moctezuma II, who they took captive at the site of the central colonial building that since 1775 has housed the Monte de Piedad financial institution.

The massacre led to a revolt that forced the defeated Spaniards to flee, but they returned in August 1521 to conquer the city along with other indigenous peoples, like the Tlaxcaltecas, who were tired of paying tribute or taxes to the Aztecs.

“It was a small group of Spaniards but with huge … contingents of different peoples who knew the fighting tactics of the Mexicas and were definitely going to provide substantial support for Cortes,” Matos Moctezuma said.

But Tenochtitlan did not die on that rainy afternoon. It continues to live today in the stones that were taken from Aztec structures to build churches and colonial palaces in Mexico City, some of which have Mexica sculptures on their facades.

“Once it was conquered, obviously destruction of the temples and buildings began but also the reutilization of many materials,” the archaeologist said.

In addition, the customs, odors, copal incense and dishes like “pozole” live on. “If we were to travel back five centuries, there would be very similar things,” the historian said.

It’s a legacy that goes much farther than that, since the ancient Mexico-Tenochtitlan ended up giving its name to an entire country, leaving out many other peoples who had settled in the region. Today, the Aztec symbol of an eagle on a prickly pear cactus is on Mexico’s national shield.

“The Mexica people, being the ones who confronted the forces of Cortes, take on great relevance in independent Mexico,” Matos Moctezuma said.

With this vision in mind, the government of Andres Manuel Lopez Obrador has prepared the celebrations for the 500th anniversary of the conquest, often called the start of the “indigenous resistance” and even jimmied the dates to be able to simultaneously commemorate the 700th anniversary of the founding of Tenochtitlan.