This book, by two pioneering feminist literary critics, is an attempt, writes reviewer Margolin, "to follow the cultural history of feminism from the movement’s earliest days up to our present time" 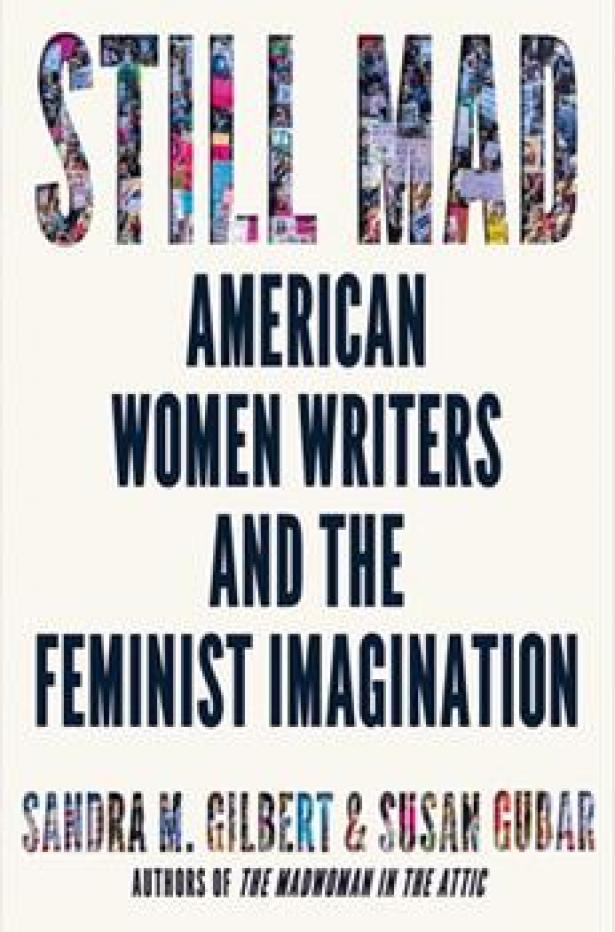 Sylvia Plath felt that “[b]eing born a woman is my awful tragedy.” But we sense this isn’t quite so for Sandra M. Gilbert and Susan Gubar, who both seem determined and optimistic by nature. Fifty years ago, these young academics met up at Indiana University, astonished by an atmosphere that sizzled with change. They wound up teaching a course together on female Victorian writers, such as Jane Austen, Emily Dickinson, Virginia Woolf, and the Brontës, whose prose they examined through a newly formulated feminist lens. They felt as if these writers were signaling them from beyond the grave, since much of their prose was laced with a dreaded sense of confinement and claustrophobia. These women authors had hated the relentless pressure of society’s expectations, as well as the way their male contemporaries described all women as either angels or monsters. In 1979, Gilbert and Gubar chronicled their findings in the feminist classic The Madwoman in the Attic, which propelled them to national fame.

Arguing that female artists had great trouble defining themselves in a world where the patriarchy ruled, Gilbert and Gubar were caught up in a wave of heady enthusiasm that could only be described as euphoric. They explain: “We were changing the past, rejecting being circumscribed, rejecting the ways of our mothers. It was as if an entire land-locked race had climbed up a cliff and seen the vast wise sea for the first time. […] Everything was possible.” But their idyll was soon dashed. By the early 1980s, feminism had splintered into groups that could barely conceal their contempt for one another. Black feminists found little common ground with White feminists, and lesbian feminism found heterosexual feminists timid and repressed. Erica Jong confessed: “Unable to turn our assertiveness against men, we turn it against each other.” Gilbert and Gubar seem to take extra pains not to offend any group, but the reader senses that they are troubled by the fragmentation that has infiltrated the movement, one they once saw as their own.

Now, 50 years later, they have joined together again to write Still Mad: American Women Writers and the Feminist Imagination. The book, which is likely the duo’s swan song, attempts to follow the cultural history of feminism from the movement’s earliest days up to our present time, but it fails to delve deeply into the cultural rifts that have fractured feminism. The early sense of wonderment they felt as young professors has been replaced with a certain pridefulness and defensiveness. We gather, without them ever saying so, that they believe the main thrust of the women’s movement, which in their eyes sought to create a viable life for women who wanted both family and career, has been damaged greatly by various interest groups that have little widespread appeal.

Still, Gilbert and Gubar do a competent job in allowing us to peek briefly into the lives of feminist writers and poets who have won attention over the past decades by speaking uncomfortable truths to new generations of women. Sylvia Plath wrote about her longing for the physical freedom that was denied her; she was afraid to walk alone at night as she longed to do. Adrienne Rich admitted that, although she loved her three sons deeply, at times she was overtaken by an overwhelming anger toward them that unsettled her. Diane di Prima, the feminist poet and Beat icon, lived with a continual sense of being unmoored from a society that seemed to have no place for her. Gwendolyn Brooks, the Pulitzer Prize–winning Black poet, wrote about ordinary women from her urban community who felt squelched, as she did, by being restricted to the domestic sphere. And of course, Betty Friedan blew the lid off the suffering of so many suburban women’s lives with her groundbreaking book The Feminine Mystique (1963), which chronicled how they were anesthetizing themselves with booze and pills to divert themselves from the boredom of their lives.

Gilbert and Gubar trace the way feminists began to become more proactive and radicalized, with the fight leaving the academy and entering the streets. They discuss various consciousness-raising and protest movements, such as picketing toy manufacturers who produced sexist toys or defacing billboards that denigrated women. Other groups, like feminists Eve Kosofsky Sedgwick and Judith Butler, were challenging “normative categories of thinking” in works of dense critical theory. Sedgwick claimed that her primary identification was with gay men, while Butler argued that gender and sex are socially constructed, variable, and performative. By the end of the 1990s, as the authors point out, a strong anti-feminist backlash had emerged, with Rush Limbaugh, for example, pushing the term “feminazis.” Despite this reactionary trend, gay marriage was legalized in 2015, and the 1964 Civil Rights Act was recently expanded to include protections for the trans community.

The authors speak in a blended, muted narrative voice that seems at times a bit too wary and defensive for its subject. Both Gilbert and Gubar have had rich lives and accomplished careers that included teaching, writing poetry and books, marriage, motherhood, and social activism. Yet they remain silent about how the feminist movement affected their personal lives. They never touch upon what it was like raising children while juggling all their other activities. What difficulties did they face? Do they feel their children were emboldened by their courage? How did their marriages fare? Do they have any regrets? The lack of personal engagement with the topic seems an oversight, particularly when one considers the time and energy feminist studies — including their own previous work — has devoted to uncovering women’s individual voices.

But perhaps I am being too harsh. I am only a decade or so younger than both authors and remember being raised with the barest of expectations. I recall being told repeatedly how important it was for me to be mannerly, pleasing, attractive, unobtrusive, and cooperative. I came to feminist thinking later in life, when the reality of my vulnerabilities forced crucial reckonings. Perhaps Gilbert and Gubar share my reticence. They are clearly uncomfortable using personal pronouns and prefer to keep the discussion in the intellectual and academic realm. Even though their work was forged in the fiery cauldron of the counterculture, they remain what my mother would call “ladies,” which in her lexicon meant women who were decorous and self-effacing. But this doesn’t make their contribution any less significant, even if today’s amped-up society hungers for less polite voices.

Elaine Margolin is a book critic whose work has appeared in many venues, including The Washington Post, The Jerusalem Post, The Denver Post, and San Francisco Chronicle, as well as many literary journals. She lives in Hewlett, New York.