Stanley Aronowitz died this week at 88. He hated work, loved life, and brought his overflowing, exuberant approach to social problems to picket lines, classrooms, and vacation. A fighting left needs more people like him. 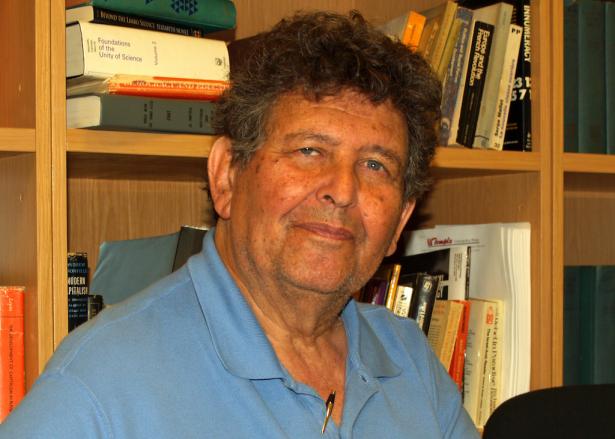 In the summer of 2004, as a young graduate student, I emailed Stanley Aronowitz asking for a meeting to discuss an idea for my doctoral dissertation. He replied that there are three reasons to be a professor: June, July, and August. He asked me, politely, to write him again in September.

That was the moment I realized I wanted to be a college professor, which eventually, by incalculable strokes of luck years later, I became — much to Stanley’s dismay.

Stanley had what he called “the last good job in America,” the college professor. It provided reasonable income and autonomy at work, a degree of free expression. He had a union, of which he was a leader, and he loved the job much of the time.

Yet in the essay “The Last Good Job in America” that eventually became a book, he stakes out what I take to be the abiding concern of his entire intellectual career. Written in diary form, near the beginning, he faux-complains about caring for his sick daughter, Nona — he had to “minister to the puking” — which interrupted his workday. It is a day which, when he finally gets around to laying it out, sounds downright leisurely by today’s standards. “Except for the requirement that I teach or preside at one or two classes and seminars a week and direct at least five dissertations at a time, I pretty much control my paid worktime,” he writes.

Stanley was a distinguished scholar of labor, work, unions, class, education, American politics, and Marxism. What sewed these issues together for him was a concern over our collective control of time, time which is so central to our individual concerns of daily life as well as human destiny as a whole under capitalism. He felt that labor unions had surrendered the fight for shorter hours, forfeited their original mission, and were, as a result, doomed to bargaining — “collective begging” he always put it — over a narrow slice of bread-and-butter issues.

Stanley came from the trade union movement. At times, he seemed to be at the center of things, as when he was appointed by Bayard Rustin to coordinate labor support for the March on Washington. By his own account, though, he was a persistent thorn in the side of union officialdom. As an organizer and a proud shit-starter for the Oil, Chemical and Atomic Workers union in north New Jersey, he was “exiled” to Puerto Rico by union leadership where, thankfully, he finally had time to reflect.

When he eventually returned to the states, his experience as a unionist and a voracious reader of history and social theory transformed into a coherent critique of work — including what he saw as work’s apologists, the unions themselves — in False Promises: The Shaping of American Working Class Consciousness. Part critique of the postwar labor movement, part reflection of the Western Marxism of the Frankfurt school, it is the most wide-ranging exploration of working-class consciousness I’ve ever read.

In it, he lays the foundation of his concern with the classed nature of “leisure or unbounded time.” “The distinctions between the private and public realm that constitute the real basis for the cultural autonomy of the working class are constantly being undermined,” he wrote. “Yet the resistance to such invasion is the fundamental condition for the development of a working class movement capable of charting its own historical course.”

Eventually, he landed a full-time teaching gig at the City University of New York (CUNY) in sociology — a discipline he, incidentally, always distanced himself from. Stanley hated the taxonomy of the social sciences, insisting the boundaries were arbitrary, rigid, and mostly for professionals rather than genuine advancement of social phenomena.

Somewhere, sometime, someone will write a full reflection on his life’s work. They will wade into The Crisis in Historical Materialism, an underappreciated reconsideration of Marx in light of the demands of the New Left. What many argued were strategic blind spots of the old union left — the ignorance of “merely cultural” demands for gender, racial, and sexual justice — Stanley saw as cause to rewrite Marx’s seminal argument about the force that served as the engine of historical change. In Stanley’s mind, it wasn’t that Marx was incorrect about the central role of class struggle; it was that Stanley’s definition of what constituted class struggle was far broader than the old man’s.

It was a theme he revisited in How Class Works in 2003, the year I met him, in which he argued for the “sundering the traditional sociological distinction between class and social movement.” Genuine social movements — struggles to “overcome divisions between black and white, native and foreign, men and women, to create a workers’ movement independent of capital” — were, in his telling, synonymous with class formation.

Future Stanley historians will also have to contend with his careful analysis of the role of technology in the workplace, as he elaborated in The Jobless Future (coauthored with his good friend William DiFazio), and notably in a coauthored book chapter called “The Post-Work Manifesto.” Stanley was less recognized as a scholar of education, though it didn’t stop him from writing two books on the topic, The Knowledge Factory and Against Schooling. I long wondered why he never wrote something extensive about sexuality. He often grappled with the topic when dealing with social theory and labor, and saw much value in studying the libidinal and erotic theory of Freud and Reich in working-class studies.

And then there was that time in 2002 he ran for governor of New York as a Green. George Pataki won the race, but Stanley finished a respectable fifth with 41,797 votes — nearly three times as many, it should be noted, as Andrew Cuomo.

Seizing the Essence of Everyday Life

I went to study sociology at CUNY because I had read False Promises while working for a labor union. As a professor, he vacillated between close readings of the texts and of no readings of them at all. His classes sparkled either way. A good teacher imparts knowledge; a great one inspires you to ask better questions. My time studying with him was a high point of my intellectual life.

Stanley was one of the most charming men I’ve ever met, with a brutal wit, an impossible smile, and guileless eyes — even when he was giving you shit. He was the first person to tell me, casually without prompt, that my hairline was receding. During the oral exam period of my graduate study, for which he was a main evaluator, he made a money bet with me that my analysis of Antonio Gramsci was substantively worse than his. (He later graciously declined to accept my payment of $20 when a fellow graduate student confirmed he was “more right.”)

When I informed him of my intent to accept a job as a professor, he warned me to turn it down. “They’ll never give you a moment’s rest to think,” he said. The last good job in America, turns out, wasn’t good enough for him anymore. (I took the job, not his advice).

I got closer with Stanley after I joined the Board of Directors of the Left Forum, which he cofounded. Left Forum was a new version of the Socialist Scholars Conference, an annual gathering of the US and international left. I was brought on to help bring younger people of different political tendencies into the fold. As an aspiring intellectual, I sat around tables with Frances Fox Piven, Bill Tabb, Rod Bush, Nancy Holmstrom, Stanley, and many other luminaries who made up our organizing crew. I felt like I had been selected for an all-star team without ever having competed in a game.

Stanley seemed almost uninterested in the conference panels we put together on labor and work topics, even if he was on them. By contrast, he championed our forays into cultural studies, or, as he liked to call it, “the essence of everyday life.” We prioritized panels on art, medicine, sports, and even once convened our own classical music concert.

Stanley’s preoccupation with art, music, and movies — always “movies,” never something as pretentious as “cinema” — was explored at times in his formal scholarship and served as a background condition to all his work on critical theory, labor, and unions. He thought the trade union movement had lost sight of their role in transforming the quotidian experiences of everyday life. The simple fact of automatic dues deduction meant that union organizers no longer collected membership fees face to face, a symbol to Stanley of a larger break between workers and their organizations.

He never missed an opportunity to denounce the Wagner Act, often considered the height of the New Deal’s labor victories, as the law that pacified class struggle unionism. It did so, as he wrote in False Promises, by formalizing the union as a state-sponsored administrator of formal rights rather than as an organic expression of working-class aspirations. To him, this compromise was not only a strategic dead end in the long run — it was one more betrayal.

He chose this old classic labor hymn for the epigraph of his book:

The cloakmakers’ union is a no-good union,

It’s a company union by the bosses.

The old cloakmakers and the Socialist fakers

By the workers are making double crosses.

By the workers are making false promises,

They preach socialism but they practice fascism

To save capitalism by the bosses.

To know Stanley, to love him, was to argue with him. I ended up resigning from the Left Forum Board, along with a few other folks, but Stanley stayed on. We all took it personally. Then just two years ago, Stanley agreed to meet me — in the summer! I was visiting New York City and wanted to pick his brain about a book I was writing on labor time.

We met at 9 AM for breakfast at one of his favorite delis in Queens. I ordered a coffee and a donut. He ordered eggplant parmesan and a large Coke — “because of the free refills,” he said, smiling.

At our meeting, he continually returned to a passage of Marx’s which he had memorized like scripture: “The realm of freedom actually begins only where labor which is determined by necessity and mundane considerations ceases… the true realm of freedom, which, however, can blossom forth only with this realm of necessity as its basis. The shortening of the working-day is its basic prerequisite.”

This time, I took his advice. I ended my book by reflecting on this passage. The point, Stanley thought, was not simply to abolish work, but to redefine the realm of necessity so that it included all the good things of life — like lots and lots of free time.

Stanley had no “mundane considerations.” His books, lectures, speeches, even breakfast chats, were full of life. He burst into song in class and at meetings, was always the loudest person in the room, and, for better or worse, talked openly about intimate details of his life to virtual strangers. He put the “vulgar” back in “vulgar Marxism,” he once told me.

A fighting left needs more people like him: a fierce critic from the inside, a lovable opponent, who’s as comfortable in a classroom as on a picket line. As many workers as he brought into the unions, he brought students into the academy and activists into the Left. It would be impossible to live up to his grandeur. But to honor his legacy we should try, anyway.

Jamie McCallum is associate professor of sociology at Middlebury College and the author, most recently, of Worked Over: How Round-the-Clock Work Is Killing the American Dream.