While Lynn claimed not to be a ‘big fan of women’s liberation’, her songs told a different story, documenting female pleasure, pain and physicality 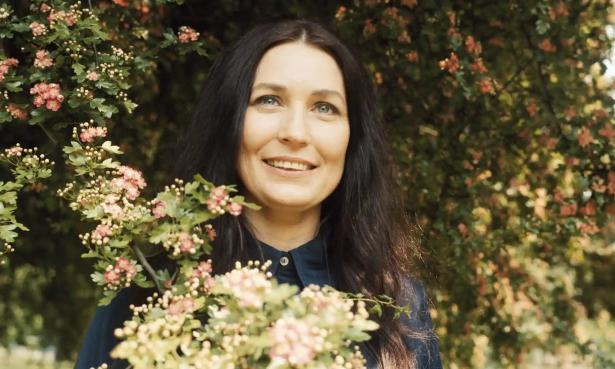 If you wanted to pick a single Loretta Lynn song to encapsulate the country star’s life, career, spirit and the particular way she wove all three together, the choice would not be easy. You might reach for Coal Miner’s Daughter, her signature track, which told of her upbringing in Butcher Hollow, a mining community in Appalachian Kentucky – its poverty, love, perseverance. This was, after all, the root of her storytelling, and that famed vibrato that long carried a backwoods flavour. Or you might lean toward her first No 1 hit, 1966’s Don’t Come Home A-Drinkin’ (With Lovin’ on Your Mind), that cemented some of the singer’s presiding themes – relationships, and how a woman might handle her wayward husband’s boozing.

But there would be strong argument to choose an outlier: the title track from her final album, last year’s Still Woman Enough. Accompanied by fellow country stars Reba McEntire and Carrie Underwood, Lynn sang of a long life of struggle, determination and triumph. “I know how to love, lose and survive,” the lyrics ran. “Ain’t much I ain’t seen and I ain’t tried.” The song made a companion piece to one of her most famous hits, You Ain’t Woman Enough (to Take My Man). Released in 1966, it was a response to a love rival, feather-spitting in its defiance: “Sometimes a man’s caught lookin’ at things he don’t need / He took a second look at you, but he’s in love with me.” Its sister song of 2021 had lost none of the original’s smarts.

Still Woman Enough encapsulates a great deal of Lynn’s approach to music. So much of her career saw her in conversation with others – there was her legendary string of hits with Conway Twitty, and across her career she paired her voice with a host of names, from Frank Sinatra to Willie Nelson via Elvis Costello and Margo Price, not to mention Dolly Parton and Tammy Wynette, George Jones and Ernest Tubb. Along the way, she formed a number of fierce production partnerships, too – notably with Nashville Sound producer Owen Bradley, who worked with her on more than 50 country Top 10 hits, Jack White, with whom she worked on her 2004 album Van Lear Rose, her daughter Patsy Lynn Russell, and June Carter and Johnny Cash’s son John Carter Cash, who once described the process of recording Lynn as: “You just turn on the mic, stand back and hold on.”

On Still Woman Enough, Lynn’s choice of McEntire and Underwood as singing partners forms a thread through the matrilineage of country music, and the tone naturally shifts from one woman squaring up against another to something more allied. This profound relationship with women, her ability to articulate female pain and persistence, won Lynn a devoted female audience. She was conversational, witty, straight-talking, as she sang of the heartbreaks, philandering husbands and drudgery familiar to many of her fans.

There were several confounding aspects to Lynn (her support of Donald Trump for instance), but her long insistence that she was “not a big fan of women’s liberation” was perhaps the greatest. On the ground, her lyrics told another story. Across the 1970s she released a run of hits that captured the new freedoms in women’s lives. Hey Loretta spoke of a woman walking out on a downtrodden life: “You can feed the chickens, and you can milk the cow / This woman’s liberation, honey, is gonna start right now.” Rated X depicted the tainted life of a divorced woman, and 1975’s The Pill told of a world opening up for women whose lives might once have stopped when they became mothers: “I’m tearin’ down your brooder house,” she sang to some unspecified male, “Cause now I’ve got the pill.” 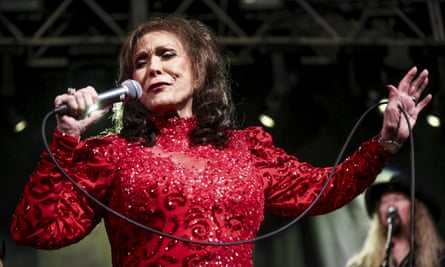 In 1979 she released We’ve Come a Long Way, Baby, which went beyond legal and medical advances, and addressed the subject of female pleasure: “From now on, lover-boy, it’s 50-50 all the way,” she sang. “Up to now I’ve been an object made for pleasin’ you / Times have changed and I’m demanding satisfaction too.” What carried these songs was the sense that Lynn had lived and breathed their subject matter. She was married at 15, and by 18, a mother of four; her husband, Oliver Lynn, earned two early nicknames – “Doolittle” and “Mooney” – in an apparent reflection of his reputation for having little enthusiasm to do anything beyond selling moonshine.

In the early years of their marriage, the couple moved to Washington state, where Lynn cooked and cleaned for ranch hands on a dairy farm. After “Doo” bought her a $17 guitar, she also spent Saturday nights singing in local bars, taking her musical cue from Kitty Wells, until a small burst of chart success carried them down to Nashville. There, she formed a pivotal friendship with fellow country singer Patsy Cline. The latter, already an established star, taught Lynn about stage attire, performance, and handling the “dirty old men” of the music business, but also provided a more private education; in her book Me & Patsy, Kickin’ Up Dust, Lynn recounted how Cline had introduced her young apprentice to lingerie, shaving her legs, and how to reach orgasm. “After I met Patsy,” she wrote, “life got better for me, because I fought back.”

Lynn was always a fighter. To hear her sing is to picture her fists aloft before both philandering man and female antagonists. She was no slouch in the hard-liquored Honky Tonk Angels, or in the thoroughly fed up Wine, Women and Song, while 1968’s Fist City was a bare-knuckled threat to a woman fixing to take her man “I’ll grab you by the hair a the head / And I’ll lift you off of the ground,” she sang. In Lynn’s world, female strength was physical as well as emotional.

Her 48-year marriage to “Doo” is often encapsulated as “tempestuous”. He drank, he philandered, on occasion he beat her. “We fought hard and we loved hard,” Lynn once told the Nashville Scene. She estimated 90% of her song lyrics were aimed at him. “I’ve been knocked down, but never out of the fight,” she sang in Still Woman Enough. She was 88 when it was released, but the way she stared out from the album cover, you believed her. Even this week, with the news of her death, it seems impossible that the fight could have gone, that her side of the duet had fallen still.

In that late song, Lynn seemed to be speaking with so many figures from across her career: not only with rival women, but with the men who’d tried to crush her, with McEntire and Underwood, and with her audience at large. But most of all, she seemed in conversation with herself and her own songs, looking back to the woman she was when she recorded You Ain’t Woman Enough (to Take My Man) and finding herself undimmed. “The years may come and go, but for me it’s just time,” she sang. “For without a doubt I know it ain’t your age / It’s a state of mind.”

Laura Barton is a writer and broadcaster specialising in music