Five Ways the U.S. Created and Prolonged the Afghan Crisis

The United States was involved in Afghanistan long before 9/11, fomenting Islamist revolt and paving the way for its own defeat. 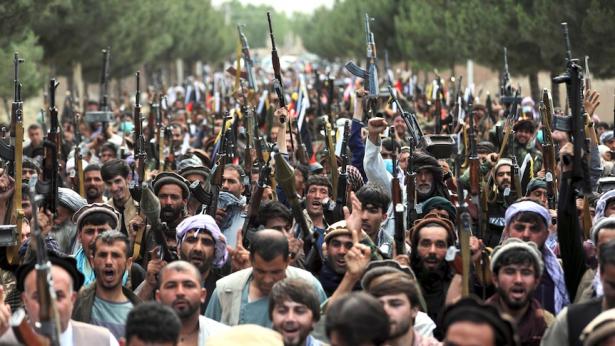 As US forces leave, the Afghan army is being been bolstered by militiamen affiliated with local warlords., (AP: Rahmat Gul)

Media coverage of the Taliban takeover of Kabul would lead most Americans to believe that U.S. involvement in Afghanistan began after 9/11, with the invasion launched to topple the previous Taliban government. But Afghanistan has been at war continuously for forty-two years, and the Pentagon has been involved every step of the way, under both Republican and Democratic administrations.

Far from standing in the way of an Islamist takeover, a series of U.S. interventions helped create, arm, and facilitate the mujahedin (jihadist fighters) that took the country away from the more secular direction it had been taking in the 1960s-1980s. Afghan women and girls had rights until 1992, when the U.S.-backed mujahedin defeated the communists, and that was four years before the first Taliban takeover.

What Afghanistan has in common with both Vietnam and Iraq is its long history of resistance to foreign occupiers, long before the Americans ever arrived. This resistance to foreign rule is the only factor that has united Afghanistan’s diverse ethnic and sectarian groups in the past two centuries. The fall of Kabul this past week, like the fall of Saigon in April 1975, demonstrates again that imperialism often doesn’t work, even to meet the goals of the imperial power.

The historical pattern is clear: Afghanistan is the “roach motel” of empires, per the old ad, “They check in, but they don’t check out.” Imperial forces get lured into battle, and then get bogged down in a quagmire they cannot win.

British soldiers barely escaped with their lives from three colonial wars in Afghanistan, before their global empire finally collapsed. The Russians withdrew in defeat in 1989 only a few years before the Soviet Union and its Afghan allies collapsed. And now the Americans have followed down the same path of imperial hubris and defeat.

Here are five ways that U.S. meddling actually facilitated the unraveling of Afghanistan:

1. The Soviet-Afghan War was a U.S. trap 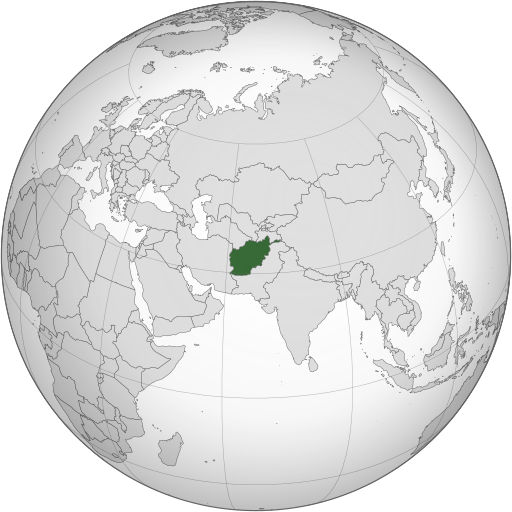 Afghanistan has not always been governed by bearded Islamist men. In the 1960s through the 1980s, women and girls could go to school, have their heads uncovered, and not be ruled by mullahs. Afghanistan’s political crisis began in 1973, when the king Zahir Shah was ousted in a coup led by secular general Mohammed Daoud, who was himself overthrown by a pro-Soviet communist revolutionary coup in 1978. The Soviet occupiers, arriving in December 1979, brutally suppressed not only the mujahedin, but committed massacres and helicopter attacks on Afghan villagers, alienating them from the puppet communist government.

It would be years before it was revealed that President Jimmy Carter’s National Security Advisor Zbigniew Brzezinski, a strongly anti-communist Polish immigrant, had consciously provoked or lured the Soviets into invading Afghanistan by secretly arming the Islamist mujahedin fighting against the Soviet-backed government.

In a 1998 interview with a French newspaper, Brzezinski revealed that in July 1979, “President Carter signed the first directive for secret aid to the opponents of the pro-Soviet regime in Kabul. And that very day, I wrote a note to the president in which I explained to him that in my opinion this aid was going to induce a Soviet military intervention. . . .The secret operation . . . had the effect of drawing the Russians into the Afghan trap . . . The day that the Soviets officially crossed the border, I wrote to President Carter, essentially: ‘We now have the opportunity of giving to the USSR its Vietnam war.’ ”

After the Reagan Administration took power in 1981, it openly supplied weapons, including Stinger missiles, to the mujahedin, who at that time were also assisted by a Saudi engineer named Osama Bin Laden. American popular culture lionized the mujahedin as anti-communist “freedom fighters,” in movies such as Rambo III and Red Dawn.

By openly backing the mujahedin against the Soviets, the Carter and Reagan Administrations helped set into motion a cycle of violence that has since claimed more than two million Afghan lives and thousands of American lives, and helped to create the Taliban.

The first fall of Kabul to Islamist insurgents, in 1992, marked the end of Afghanistan’s secular era. The first severe restrictions on women’s rights were instituted then, not by the Taliban (which had not yet been formed), but by the U.S.-backed mujahedin who seized power from the pro-Soviet government. The Pentagon and CIA armed and financed the same vicious militia warlords who brought fundamentalist misogyny to Kabul in the first place.

According to Amnesty International, the “rape of women by armed guards appeared to be condoned by leaders as a method of intimidating vanquished populations and of rewarding soldiers,” and mujahedin “were reported to have stopped women from working outside their homes, or from attending health and family planning courses. . . . Educated women particularly working in the fields of education and welfare were repeatedly threatened.”

The Taliban was founded by Pashtun students, who promised to stop a chaotic civil war among mujahedin factions. The devastated capital quickly fell to Taliban forces in 1996, in the second fall of Kabul. The Taliban government instituted a brutal sense of law and order, and the institutional oppression of women and girls became more systematic, as they were ordered to adopt the burqa and drop out of work and school.

Even so, the Clinton administration at first negotiated with the Taliban over access to Afghan gas fields, and a Taliban delegation visited Texas for pipeline negotiations. It was not until 1998, when the Taliban gave refuge to Osama Bin Laden and his Al Qaeda terrorists, that the Clinton Administration turned against the Taliban, and began to aid their mujahedin warlord foes in the Northern Alliance.

In locating Al Qaeda in Afghanistan, Bin Laden took a page from Brzezinski’s playbook. Since Islamist resistance had drawn the Soviet superpower into Afghanistan and defeated it, perhaps the U.S. superpower could be similarly drawn into the same quagmire. British journalist Robert Fisk interviewed Bin Laden in his Afghan refuge in 1997. Three days after 9/11, Fisk presciently asserted that “Retaliation is a Trap,” but few Americans listened to his prediction.

I interviewed Fisk on my radio show on WORT-FM in Madison, Wisconsin, and he told me that by attacking U.S. embassies and eventually U.S. cities, Bin Laden felt he could lure another empire to retaliate by occupying Afghanistan, and getting bogged down in the same futile war that the Soviets had lost.

In the same way that Brzezinski had armed mujahedin to provoke the Soviets into occupying Afghanistan, Bin Laden launched 9/11 to provoke the Americans into following the same path. By sending an RSVP of B-52s and loose talk about a new “crusade,” President George W. Bush played along with Bin Laden’s script.

After the U.S. and its Northern Alliance allies quickly drove the Taliban from Kabul with a high-tech war in October-November 2001, it seemed that Fisk’s prediction was ludicrous. The Northern Alliance warlords and opportunist Pashtun politicians set up a corrupt U.S.-backed government in Kabul, as had been feared by some women’s rights activists.

Today, Fisk looks downright prophetic, as the Americans blindly followed the same path as the Soviets toward eventual stalemate and defeat. The U.S. war was doomed before it was even launched.

4. The U.S. war against the Taliban followed the Soviet precedent

Also like the Soviets, the Americans never understood that the insurgency is driven not only by Islamist fundamentalism, but also by ethnic nationalism and resource economics. The Taliban represent the historical grievances of the Pashtuns who saw British colonists draw the artificial “Durand Line” to divide their homeland between Afghanistan and Pakistan. They financed their insurgency through a lucrative opium trade that simultaneously profited U.S.-aligned government officials.

The U.S. war has been a humanitarian catastrophe. According to Human Rights Watch, the U.S.-backed Afghan government has killed many civilians in air strikes, and still “failed to prosecute senior officials responsible for sexual assault, torture, and killing civilians.” Taliban fighters continued to abuse human rights and commit atrocities in their areas of control, which steadily grew throughout the years despite the 300,000-strong Afghan National Army, U.S. air strikes, and more than a trillion dollars spent on military aid and “nation-building” assistance.

5. U.S. hubris caused the collapse of the puppet government

In its twentieth-century wars, the Pentagon always planned to leave behind Afghan and Iraqi proxy forces that would “take up the fight,” much as it tried to do through Vietnamization in 1973-75, and as Moscow tried to do—just as unsuccessfully—in Afghanistan in 1989-92. The third fall of Kabul, like the fall of Saigon, occurred in 2021 because the U.S.-backed army fell apart. A puppet government that is denied armed foreign backing can expire much like a terminal patient taken off of life support.

As both Brzezinski and Bin Laden understood, Afghanistan is the “graveyard of empires,” where they could most effectively trap and defeat their foes. Propping up colonial puppet regimes only highlights their indebtedness to foreign masters, and helps legitimize and strengthen Islamist insurgencies, rather than weaken them. Bombing civilians and ignoring the suffering of the poor only drives them into the hands of the insurgents.

As in other regions of Asia and Africa, Islamist fundamentalism and foreign occupation are two sides of the same coin. They reinforce each other, feed off of each other, and need each other. But two wrongs don’t make a right. Democracy and secularism can only effectively emerge from within a society, if foreign interests don’t stand in the way.

Zoltán Grossman, a longtime antiwar educator and organizer, is a member of the faculty in geography and Indigenous studies at The Evergreen State College in Olympia, Washington.