labor Workers Making Oreos and Other Nabisco Snacks are on Strike in Five States.

On strike over unfair demands for concessions in contract negotiations including pension and over-time rules. 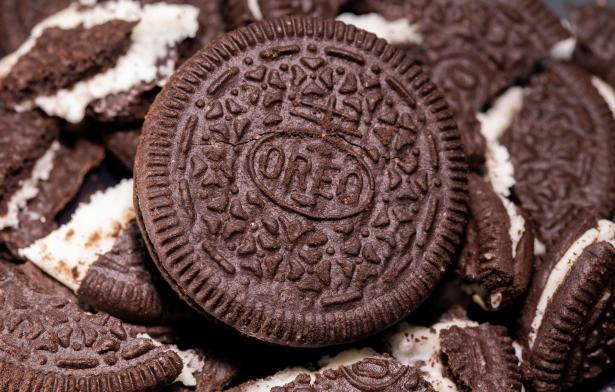 Unionized workers who make Oreos, Chips Ahoy!, Newtons and other Nabisco snacks are on strike in five states over what they say are unfair demands for concessions in contract negotiations.

Members of the Bakery, Confectionery, Tobacco Workers and Grain Millers union in Colorado, Georgia, Illinois, Oregon and Virginia have rejected management’s call for changes in shift lengths and overtime rules. The workers are also calling for the restoration of a pension plan, which Nabisco’s owner, Mondelez International, replaced in 2018 with a 401(k) program after a contract impasse.

“We want our pension back. We earned that,” Mike Burlingham, vice president of Local 364 in Portland, Ore., said in an interview. “This is a good job, where people plan for retirement. If the company could have their way, that would be gone and it wouldn’t be a job worth fighting for at all.” The union put the number of striking workers at more than 1,000.

The previous contract expired in May. Union workers say they have often put in 16-hour days as demand for snack foods has increased during the pandemic.

The company is seeking schedules in which some employees would have shifts of up to 12 hours without overtime pay but would work fewer days a week. Those on weekend shifts, previously eligible for extra pay, would get the premium only after working 40 hours in a week. In addition, new hires would pay more than other employees for health insurance.

“Our goal has been — and continues to be — to bargain in good faith,” Mondelez International said in a statement, “while also taking steps to modernize some contract aspects which were written several decades ago.”

The strike began in Portland on Aug. 10, and workers in Aurora, Colo.; Richmond, Va.; Chicago; and Norcross, Ga., followed suit, the most recent on Monday. The company said production was continuing with employees not under union jurisdiction.

Union members say they have been treated unfairly while Mondelez International has made strong financial gains amid the pandemic. The company reported a 12 percent gain in revenue for the three months ending in June compared with the previous year.

The workers have also called for the company to “stop exporting our jobs to Mexico.” Some Oreo production was shifted to Mexico in 2016, a move that was criticized by Donald J. Trump as a presidential candidate. This year, Nabisco plants were shut in Fair Lawn, N.J., and Atlanta, but Mondelez said no work there was sent to Mexico.

The union “will take all appropriate action necessary in order to reach a contract settlement that treats Nabisco workers fairly and equitably,” Anthony Shelton, the president of the union, said in a statement.