This newly published edition of this exchange of letters between the leaders of the three major countries of the anti-fascist alliance sheds new light on an almost forgotten aspect of the World War II years. 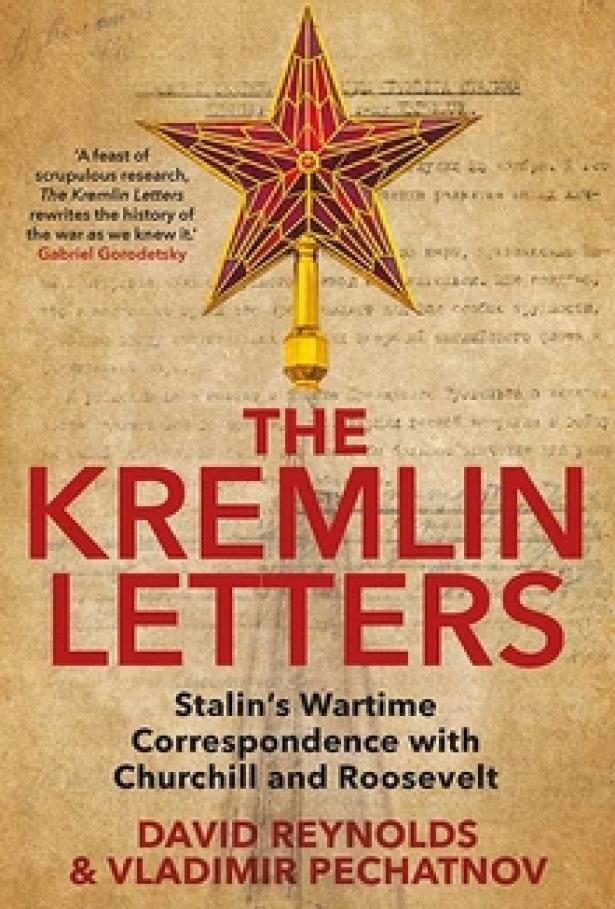 “If that is so,” joked Stalin when told that the big three wartime leaders resembled the Holy Trinity, “Churchill must be the Holy Ghost. He flies around so much.” Britain’s prime minister was constantly on the move during the second world war, clocking up over 100,000 miles, often in unheated military planes,on trips to the US and Moscow, as well as battlefronts in the Mediterranean.

Stalin had a fear of flying. FDR was reluctant because of his use of a wheelchair. So with the exception of two occasions when the three men got together at Tehran and Yalta, they communicated mainly by coded telegram and letter. There were more than 600 of these exchanges, and in a significant collaboration between Britain and Russia two eminent scholars have produced a fascinating and detailed narrative of the war’s decision-making that embeds the leaders’ correspondence and memoirs into other archival material.

The letters were first published in full in Moscow shortly after the dictator died in 1953 and before the US and UK released the English versions. It was the Kremlin’s response to the way Churchill had quoted from them selectively in his six volumes of memoirs, not giving adequate recognition, in Moscow’s view, to the huge Soviet role in defeating Hitler. But in what Reynolds and Pechatnov rightly call the “battle for history”, the Kremlin’s raw publication of the letters was accompanied by no background explanations. This is what their impressive book now provides.

Although the content of the letters is business-like, the varying tone and choice of language give multiple clues as to the writers’ feelings. The authors detect that Stalin had more respect for Roosevelt than Churchill: the US president was open handed, while Churchill was often stingy, uncooperative and verbose. He replied to letters quickly and often emotionally. Stalin by contrast understood the power of silence, sometimes deliberately keeping his interlocutors waiting and letting them worry. Triangular relationships tend to produce jealousies and suspicions and the big three were no exception.

In 1943, as planning for the Tehran summit got under way, Roosevelt proposed to Stalin that they first hold an informal tête-à-tête without Churchill. For six weeks he kept the British PM in the dark and when Churchill found out, FDR lied that it was Stalin who had wanted the meeting with him. Tehran had other extraordinary aspects, not least the fact that FDR stayed in a house in the Soviet embassy compound. Pechatnov has unearthed Soviet and American diplomats’ correspondence which shows that far from being lured into it by Stalin the initiative came from FDR, who wanted to be close to Stalin and have as much facetime together as possible. Of course the US president knew the house would be bugged, but FDR deliberately said things for the benefit of the hidden microphones which he could not say to the dictator officially.

From the Tehran transcript the authors conclude that Stalin was superior as a diplomat to his western counterparts. He had a careful mastery of the issues and interjected with key points at the right moment. The main issue then, as it had been since 1941, was persuading the US and UK to open a second front in northern France. Churchill was focusing on North Africa and the Mediterranean, FDR was involved with the Pacific.

After Tehran the key issue in the letters switched to postwar planning, with FDR emphasising the need for a global body, the United Nations, while Stalin and Churchill sparred over the future governance of Poland. The differences were often deep but the three men developed a certain affection for each other. Stalin gave FDR the code-name Captain, Churchill was Wild Boar. Among themselves FDR and Churchill referred to Stalin as UJ or Uncle Joe. Sometimes Churchill called him Ursus Major.

Both men deluded themselves that there were two Stalins, the flexible negotiator with whom they could do business and achieve results and the other Stalin who was forced to be tough by his hardline colleagues. Why they failed to understand he controlled his comrades through fear seems hard to fathom now.

FDR and Stalin had two ideological positions that partly coincided. One was an anti-imperialist stance that set them apart from Churchill. The other – again differently from Churchill – was a leftwing belief in the role and responsibility of the state to engineer a better world. FDR looked forward to a mutual evolution or convergence of the two systems – the socialisation of American capitalism and liberalisation of Soviet socialism. In 1944 he called for economic rights to be added to the US constitution’s political liberties.

Stalin repeatedly stressed that he wanted the wartime collaboration to continue. In September 1943 he even drafted a proposal for the big three to conclude a military-political alliance to bring about permanent postwar cooperation. He shelved it for unknown reasons. Perhaps he thought it was too ambitious, though the idea’s broad thrust was reciprocated by FDR and Britain’s incoming postwar Labour government, at least initially. When Churchill, by then no longer in government, made his Iron Curtain speech in 1946, Washington and London distanced themselves from it. Only later, when the cold war erupted, did Churchill’s words seem prescient rather than alarmist.

Jonathan Steele is a Guardian columnist.