A Tale of Two September 11ths

Growing up in the U.S., September 11, 1973, was as important a date for my bi-national family as the 4th of July. My parents met through Chile Solidarity, the international movement to defend the Chilean people against its neoliberal dictatorship. 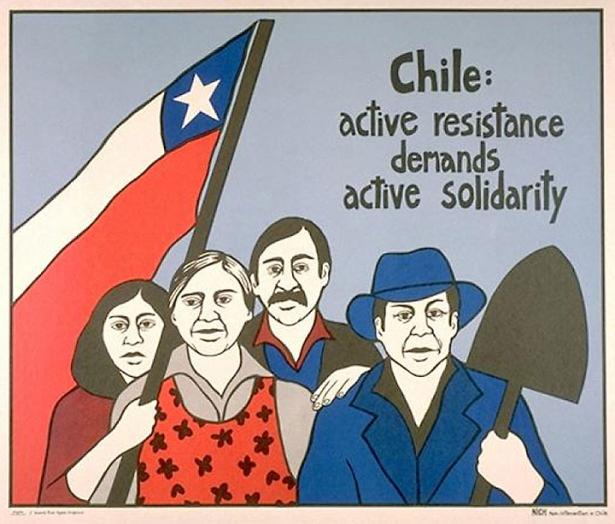 What do you think when you hear the words “September 11”? Do you picture terrorism and endless wars, fear of the “other”? Grief and heartbreak without end? Do you think of innocent people targeted both by government and nefarious forces? Or do you see people coming together in the face of oppression to continue to fight for a better world, global citizens uniting against the worst excesses of imperial power to protect people they may never meet or know?

For me, and many others close to me, these emotions, images, and thoughts are entwined in two September 11 dates. The first September 11 in Chile in 1973 saw the brutal overthrow, with U.S. assistance, of the democratically elected Popular Unity government of Salvador Allende. The other one came nearly three decades later in the United States.

Growing up in the United States, September 11, 1973, was as important a date for my bi-national family as the 4th of July. My parents had met through Chile Solidarity, the international movement to defend the Chilean people against its neoliberal military dictatorship that toppled the three-year old democratic socialist project. My father, a student supporter of the Popular Unity government, had been tortured and imprisoned by the military junta. In New York City, my home, he met my mother at a protest outside of Chilean Navy ship La Esmeralda. She herself had been in Chile during the coup and continued to support democratic forces in the South American country while back home in the United States.

Not only am I here because of the Chilean September 11, but I am also in the Democratic Socialists of America because of it. My father’s political party, Partido Radical, was the sister party—first to the Democratic Socialist Organizing Committee and then to DSA—in the Socialist International. He met many young comrades then who later became my comrades. Groups such as DSA represented the best of humanity who stood in solidarity with victims of imperialism.

In 2018, through Our Revolution, I had the privilege to go to Sweden to speak to Social Democratic Party members on Olof Palme Day, an annual conference hosted by the party and its sister state organizations in honor of the prime minister who was assassinated in 1986. Palme represented some of the best of democratic socialist international solidarity, especially by helping open up his country to Chilean refugees. At the event, I thanked the Swedes for their support, recalling stories growing up of the open arms the Nordic country gave Chilean refugees fleeing the military dictatorship. Today, there are plans to build a Palme statue in Santiago, the Chilean capital, to honor his service to its people.

A few moments later, a speaker pointed at me and began to share a story. As translated to me, the Swedish trade union chief was telling the crowd that I had reminded him of one of his first experiences in the social democratic movement. He and his older brother, along with other socialist youth, had gone door to door to raise Krona for the Chile cause after the coup. The young socialists were able to meet their goal of a million Krona, which was a harbinger of the support the party would give Chileans for many years.

Memories such as his remind me that many people do resist oppression and injustice, even if they have nothing to gain and may never meet those with whom they stand in solidarity. This knowledge resonates with me as we approach the 20th anniversary of our own September 11 in the United States.

I vividly remember being at the Bronx High School of Science when I found out about the attacks on the Twin Towers, which I and many other students assumed was an accident. We soon learned differently, and the school day ended in chaos and confusion. Few students lived in the Bronx, and all public transit had been halted. We frantically tried to figure out ways to get home. My two-day-old cell phone got passed around as my classmates tried to reach their parents. Hard to imagine such a scene today without numerous smartphones documenting every moment.

As a senior in high school in 2001, I was an independent socialist at a time when socialism was at the margins of society in ways almost unparalleled even under McCarthyism. I was not a DSA member and didn’t think much about the organization one way or another, even though my dad was a member. I didn’t realize that DSA’s headquarters was (and still is) close to ground zero. The small staff, like many in downtown Manhattan, had their lives upended by the attacks on the Twin Towers.

A few weeks later, President George W. Bush marched the country to war with Afghanistan. I remember marveling at how quickly the Taliban government seemed to fall and wondered why the Soviet Union, which had been the most recent invader of that country, had fared so poorly against them. Few of us thought that the United States would be in Afghanistan much longer than its former superpower rival. Taking Kabul was not a full victory, a fact made clear as our full-scale and futile war effort finally ended a few weeks ago.

As a socialist, I opposed the wars in Afghanistan and later Iraq on grounds of anti-imperialism. I also had serious doubts, which were confirmed, about the veracity of the claims made by war hawks of weapons of mass destruction or of our ability to improve the conditions of those countries for “democracy.”

And as a New Yorker, I truly resented how the collective trauma we faced was used to inflict pain on the innocent. The majority of New Yorkers opposed the war and certainly did not vote to re-elect Bush. But the attacks on our city gave grounds for his imperial follies that cost the lives of hundreds of thousands of Iraqi and Afghan people, not to mention U.S. soldiers and other troops pushed into the deadly quagmire.

Still, I remember the way the city came together in solidarity for a few brief weeks, the millions who marched against the war across the world whether or not their governments would join the conflict, and the peace activists who struggled for years against the propaganda machine of the state and its corporate media allies. They may not have ended the conflicts started after that fateful autumn day in 2001, but they have kept the promise and the practice of solidarity alive.

David Duhalde is Vice-Chair of the Democratic Socialists of America Fund and the former political director of Our Revolution.