‘The Tragedy of Macbeth’ Is an Absolute Masterpiece

Joel Coen’s Shakespeare adaptation is a black-and-white affair starring Denzel Washington as Macbeth and Frances McDormand as Lady Macbeth. And it is a sight to behold. 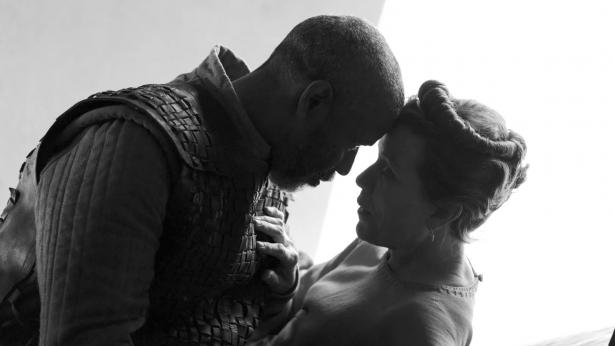 William Shakespeare’s Macbeth has been the source material for two big-screen masterpieces—Orson Welles’ 1948 Macbeth and Akira Kurosawa’s 1957 Throne of Blood—and to that eminent company one may now add Joel Coen’s The Tragedy of Macbeth, which takes as its inspiration not only Welles’ predecessor but the works of Carl Theodor Dreyer, Fritz Lang, F.W. Murnau and Ingmar Bergman (to name just a few). The first feature produced by the director without his sibling and long-time partner Ethan, Coen’s film (premiering Sept. 24 as the Opening Night selection of the New York Film Festival before theaters and Apple TV+) is a misty, malevolent, marauding beast, shot with expressionistic flair in silvery black-and-white and in a virtually square 1.19:1 aspect ratio, and headlined by a titanic Denzel Washington as the ambitious Scottish general and Frances McDormand as his calculating wife. At once faithful to the Bard’s play and reminiscent of the auteur’s fatalistic noirs (notably, The Man Who Wasn’t There), it’s a triumph that breathes fiery new life into an enduring classic.

Teaming with accomplished cinematographer Bruno Delbonnel (Inside Llewyn Davis, The Ballad of Buster Scruggs) rather than long-time collaborator Roger Deakins, Coen dramatizes The Tragedy of Macbeth in borderline-abstract fashion, situating his famed tale in sets marked by brutalist architecture, endless fog, and shadows that are so sharp they seem capable of severing an artery. Alternating between towering vertical arrangements whenever focusing on his human protagonists, and circular, cockeyed, and diagonal lines during those passages involving the three prophesying witches (Kathryn Hunter) who set Macbeth’s fate in motion, Coen crafts a visual scheme to die for. There are more stunning chiaroscuro images in the course of these 105 minutes than in most other 2021 releases combined, and they allow the director to tap into the tragedy’s stage-bound roots while simultaneously rendering the action an exercise in pure, bravura filmic storytelling. Bolstered by a score of low and piercing strings, thunderously portentous knocking, and the persistent caws of avian harbingers of doom, it’s an aesthetic marvel, its every sight and sound infused with psychological torment.

Coen’s approach casts the proceedings in self-consciously stark, minimalist terms, and yet despite such severity, The Tragedy of Macbeth boasts a pounding, panicked pulse. At its center stands Washington as Macbeth, the Scottish Thane of Glamis whose fortunes are forever altered when he and trusty right-hand man Banquo (Bertie Carvel) stumble upon a trio of witches, here envisioned by Coen as a single form whose croaking sisters are initially heard but not seen, and then spied in a reflecting pool before taking their place by their sibling’s side. The mystics foretell Macbeth’s destiny to become the Thane of Cawdor and, shortly thereafter, to occupy the Scottish throne, and when that first prediction comes true, Macbeth is seduced by the potential for seizing absolute power. As Banquo sagely opines, deceivers get their hooks into prey by proffering small truths that make their subsequent lies appear legitimate. That proves to be the case for Macbeth, whose fallen-under-their-spell condition is beautifully conveyed by Washington via a subtly strained smile as he tells Banquo, days later, that he has ceased thinking about their supernatural encounter.

Macbeth’s ensuing quest for his homeland’s crown plays out in familiar fashion, with murder begetting guilt which invariably leads to madness, folly, and the dawning realization that his hubris will result in disaster. Yet no matter how many times one has seen this saga, Washington—back in Shakespearean cinematic territory for the first time since 1993’s Much Ado About Nothing—is a force of righteously ruthless nature as Macbeth, dexterously suggesting the way in which his striver slays his early misgivings, only to create fresh paranoia and insanity with each swipe of his blade. There are shades of Washington’s Training Day monster in his performance, but also a wellspring of conflicted determination, self-deception, fury, and despair, all of which are so timeless, so relatable, and so explosive that the film develops a dynamic friction between its roiling emotions and Stefan Dechant’s austere production design.

Even in light of Coen’s brilliantly composed direction, in which every willowy silhouette and grim vista carries with it an air of apocalyptic import, Washington is the beating heart of The Tragedy of Macbeth. That, in turn, makes McDormand’s Lady Macbeth its corrosive soul. Now embodying the role of the original femme fatale for her husband (this after their film debut, 1984’s Blood Simple), the Oscar-winning actress exudes an overpowering intensity of purpose and deviousness. Still, it’s her natural and lived-in chemistry with Washington that’s key to her performance, since their closeness is central to Lady Macbeth’s ability to infect her husband with fantasies of treason. McDormand is, unsurprisingly, more than up to the challenge of handling her character’s iconic breakdown (“Out, damned spot!”), her hair frazzled and her mouth agape as she reckons with the consequences of her conduct. However, it’s her quieter moments with her leading man that resonate the strongest, rife as they are with whispered promises and reassurances that resound with love and loyalty—and are laced with poison.

“McDormand is, unsurprisingly, more than up to the challenge of handling her character’s iconic breakdown (“Out, damned spot!”), her hair frazzled and her mouth agape as she reckons with the consequences of her conduct.”

Though The Tragedy of Macbeth is a three-star show, it benefits from a tremendous supporting cast, be it Corey Hawkins as the resolute Macduff, Brendan Gleeson as the kind (and not-long-for-this-world) King Duncan, Carvel as the betrayed Banquo, or a scene-stealing Stephen Root as one of Duncan’s flamboyantly hung-over compatriots. Of particular note is Hunter as the witches, with the actress making her unforgettable introduction on a sandy beach, her body twisted up in contortionist knots before expanding into circular and rigid positions. She’s similarly haunting in her latter appearance perched on ceiling beams and dropping ingredients into her cauldron (“Double, double, toil and trouble”), which Coen, in one of his innumerable virtuoso touches, imagines as a pool covering the entire floor of the chamber in which distraught Macbeth resides. Her eyes radiating inhuman cunning, and her scraggly voice taking on multiple dimensions to communicate her triptych nature, Hunter strikes a revelatory pose as the otherworldly catalyst for this tale of woe.

The Tragedy of Macbeth is ultimately a film of contrasts: methodical and unruly; precise and impulsive; marble-sculpture cold and hellishly hot; doggedly theatrical and inherently cinematic. Blessed with a momentum, weight, and potent desperation and deliriousness that knows no bounds—and may continue long after these events are over, as implied by a knockout final scene involving a twisting hillside path and a flock of crows that blots out the sun—Coen’s latest is, to quote the play itself, “bloody, bold and resolute.”

UNLIMITED ACCESS TO THE BEST OF THE BEAST
Go deeper on the stories you can’t get enough of. Join us, subscribe to the Daily Beast.