Manchin's modest proposal would means-test all new programs and put spending caps on all existing programs. In short, Manchin wants to diminish not just the quantity of necessary social investments, but their quality as well. 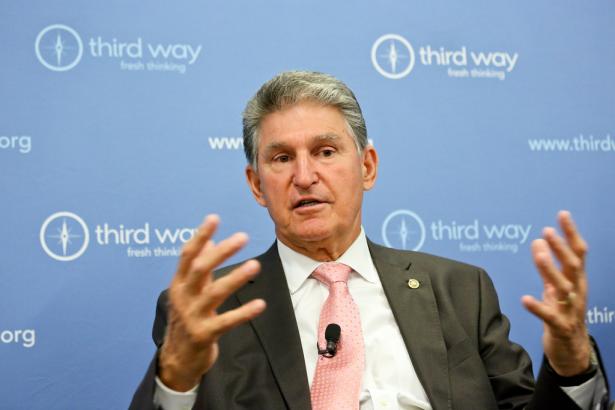 Joe Manchin hath spoken. He prefers a reconciliation bill that’s $2 trillion shy of the president’s proposal for $3.5 trillion. He prefers to raise taxes by a relative smidgen when, again, compared to Biden’s formulation. Additionally, as Politico reports, based on a Manchin memo from July 28, “Manchin is calling for means testing on as many new programs as possible, including health care, child care and education, ‘targeted spending caps on existing programs’ and ‘no additional handouts or transfer programs.’” His memo also calls for no spending on such programs as the final legislation authorizes until all the COVID funds Congress previously authorized are spent, and that any revenues in excess of the $1.5 trillion with which he says he’s comfortable be devoted to debt reduction. It further demands that the Senate committee he chairs be given sole jurisdiction over all clean-energy standards, and that the Federal Reserve cease its quantitative easing.

Manfully resisting all temptation, he declined to demand that the Supreme Court strike down Roe v. Wade, even though he’s an avowed opponent of reproductive rights.

Where to begin? How about his modest proposal to means-test all new programs and put spending caps on all existing programs? I presume that means means-testing the vision, hearing, and dental care that the government would cover under the proposed Medicare expansion, and putting spending caps, probably through means testing, on Medicare itself, not to mention Social Security. I presume that means means-testing eligibility for pre-K and putting spending caps on federal aid to education—though once we’re means-testing pre-K, it’s hard to see why governments at all levels don’t means-test K itself, not to mention K-12. By all means, let’s have government focus exclusively on some of the poor, in a modest way that doesn’t exceed properly modest spending caps, and let the rest of the public rely on the private sector for education and health coverage, which the private sector has done such a grand job of providing for all.

Even without his demand that the reconciliation bill, if enacted in some form, not take effect until all COVID funds are spent, establishing means-tested programs takes far longer than establishing universal programs. And even once they’re established, they often take years before most of those entitled to their benefits become aware of their eligibility and go through the invariably complicated process to qualify. Even then, these programs never reach all, or often most, of those who are eligible.

In short, Manchin wants to diminish not just the quantity of necessary social investments, but their quality as well.

To be sure, Manchin hasn’t said he won’t support a higher dollar figure than the $1.5 trillion he’s proposing, and Biden and Chuck Schumer clearly regard his proposal as the starting point for their negotiations with him. That said, Manchin’s manifesto clearly cements his hard-won reputation as a megalomaniacal Ebenezer Scrooge.

As for the Silent Sinema, I suspect we’ll hear from her only when her corporate donors tell her what to say.

Harold Meyerson is editor at large of The American Prospect. His email is hmeyerson@prospect.org. Follow @HaroldMeyerson

Read the original article at Prospect.org. Used with the permission. © The American Prospect, Prospect.org, 2021. All rights reserved.