Our leaders’ tendency toward imperial arrogance is often recognized, especially when we lose a war. But it is not often suspected that our leaders reflect a broader professional class insularity and blindness that is toxic abroad as well as at home. 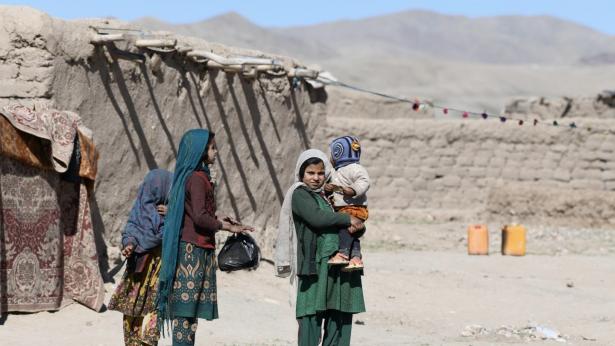 Watching the day-to-day cable news coverage of the US withdrawal from Afghanistan this past August was agonizing in a variety of ways. But as the US evacuation tragically proceeded, so did the narrowness of the professional-middle-class perspectives of both the news people and most of the military and foreign policy experts they interviewed.

The reporting and commentary was mostly about the US – how Biden screwed up? would we live up to the commitments we had made to translators? why did we not have better control of access points to the airport?) – and very little about most Afghans. I heard not one comment, for example, that it was probably a good thing that the Afghan armed forces capitulated so quickly, saving possibly tens of thousand of lives and avoiding the destruction of homes and vital institutions. Peace, if it can be sustained under Taliban control, might be a very positive development for a people who have been at war with foreigners and each other for most of the last half-century.

When concern for Afghans was expressed, it was exclusively focused on a very narrow band of the population even though reporters and others referred to them as “the Afghans.” One of the main interpretive frames pitted “the Afghan people” against the Taliban as if the Taliban were not Afghans. Indeed, most of the reporting stayed firmly within a dramatic them-vs.-us ethos appropriate for wars and football games, but maybe not for the delicate process of negotiating a withdrawal of more than 100,000 people, most of them Afghans who the Taliban did not want to lose, educated professionals necessary for having a functioning economy and government.

The people reporters and experts called “the Afghans” were the people they knew or had contact with, mostly those in professional occupations and especially those who speak English. Being on the ground with these Afghans – whether currently or in the past as so many US veterans had been – naturally engendered empathy for them. But reporters are highly educated people, capable of doing arithmetic. They were restricted to Kabul, a city of 4 million people in a country of 40 million. Various estimates of the crowds at the airport desperate to get out ranged from 20,000 to 100,000, enough to cause harrowing problems for the evacuation, but not enough to declare them representative of the Afghan people as a whole.

Afghanistan is not a country composed mostly of middle-class professionals who speak English and live in Kabul.  Three-quarters live in rural villages.  Only 38 percent are literate in their own languages, of which there are more than 40. And for this large majority, our presence in their country has likely been a net negative. Since we’ve been there, for example, the percentage of Afghans who report that their income is insufficient to support their family grew from 60% to 90%, and the official poverty rate increased from 38% to 55% before the Covid pandemic made things worse. The U.S. occupation has undoubtedly improved educational opportunity and outcomes, especially for girls, but the war has made many more Afghans poor and hungry.

Nonetheless, cable news coverage of the evacuation reeked of both professional elite and imperialist certainty that we were the good guys who had the best interests of “the Afghan people” at heart. But “best interests” according to whom? According to us, they should get secular educations, dress like us, act like us, and become like us middle-class professionals. Meanwhile, that segment of the Afghan people that had just fought its way to control of the country were seen as inherently evil and incapable of the kind of trial-and-error learning and development that is characteristic of most human beings.

At this point, with the American war over and the Taliban in control of the country, it is pragmatically important for our government to deal with them. To do so, it might be helpful to resist the assumption that they are evil demons, barely human in their brutality and medieval backwardness. Our foreign policy professionals will likely make the attempt to follow Sun Tzu’s dictum about understanding your enemy. But I also suspect they, and our larger public discourse, will be severely hampered in this effort by a class inability to follow Sun Tzu’s other dictum that it is just as important to understand yourself and to cultivate an appreciation for the limits of what you can and cannot see and do.

Treating the desperate souls crowded outside the wall of the Kabul airport as if they were the only people in Afghanistan was not just an instance of journalistic if-it-bleeds-it-leads. It is in fact a common disability among well-educated middle-class professionals to assume people like us are the norm – both the most typical and the most desirable kind of people. This assumption nudges us to routinely think we are a much larger group than we are, to forget that there are other people with subtly different or very different world views and cultures, and when reminded that there are such people, to readily dismiss them as lacking in the qualities we most admire and expect.

These are characteristics of a strong, self-confident class culture. But they are also the seeds of a hubris that narrows our vision and unknowingly alienates others. It isn’t just our class-biased view of Afghans. As Michael Sandel has pointed out, a significant contributing cause to our own toxic domestic politics is the fact that “Disdain for the Less Educated Is the Last Acceptable Prejudice.”

Our leaders’ tendency toward imperial arrogance is often recognized, especially when we lose a war. But it is not often suspected that our leaders reflect a broader professional class insularity and blindness that is toxic abroad as well as at home, especially when combined with our swaggering confidence that the American way is the one best way for everybody everywhere all the time.

[Jack Metzgar is professor emeritus at Roosevelt University in Chicago and author of the forthcoming book, Bridging the Divide: Working-Class]