I Work in Set Props and am the Daughter of Martin Scorsese. The Way Movies Are Made Now Is Broken.

Cathy Scorsese has worked in props for "The Departed," "The Sopranos," and other films and TV shows. The daughter of Martin Scorsese is well versed in on-set firearm safety. She talks about the "Rust" incident and what needs to change.

November 4, 2021 Jenny Powers Business Insider
Printer friendly
I Work in Set Props and am the Daughter of Martin Scorsese. The Way Movies Are Made Now Is Broken. Published November 4, 2021 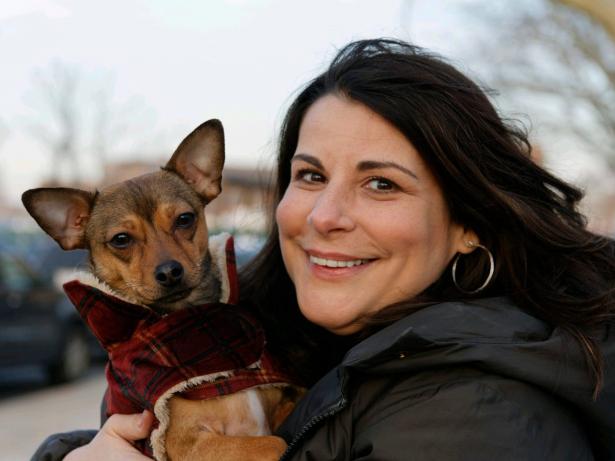 [This as-told-to essay is based on a transcribed conversation with Cathy Scorsese, a 55-year-old who works in TV and film on props and the daughter of the director Martin Scorsese, about her career. It has been edited for length and clarity.]

I was only 8 years old when I accompanied my father, Marty Scorsese, to the New York Film Festival's opening night screening of his film "Mean Streets" at Lincoln Center. It was 1973, and I can still vividly recall our conversation outside the theater after the showing let out.

My father kneeled down on the sidewalk next to me so that we'd be eye to eye and asked what I'd thought of the film. I didn't say much, but then he said, "You got any questions?" and I found myself blurting out, "How did they get all the blood to work like that and look so real?"

I should have known then one day I'd work in props.

It was Jim who sent me to take a course on the use of theatrical firearms led by two prominent industry armorers to ensure I learned on-set safety from the best and built my confidence handling firearms.

Soon after, I became a member of New York's IATSE Local 52, the motion-picture studio-mechanics union, where I had to exhibit a knowledge of firearm safety to earn my union card.

As the years went on, my firearms-safety education, both on the job and in a classroom setting, continued

In 2004, while working on "The Aviator," I was required to take a series of classes and pass a test in order to join Los Angeles' Local 44, the professional association for those in the entertainment industry, and earn my Occupational Safety and Health Administration passport.

I've spent 30 years in the business, and it's fair to say that safety has been drilled into me like a reflex, which is a good thing because throughout my career, I've worked in props on some firepower-heavy sets, such as "Casino," "The Departed," "The Sopranos," and "Boardwalk Empire."

Firearms-safety training isn't just textbook knowledge. It's often put into use on a regular basis, and for many of us who work on gun-heavy productions, it's a matter of course.

Because of the tragedy on the set of 'Rust,' this is a hot-button topic for me and my industry colleagues right now

Our online industry message boards have been blowing up discussing how this could have possibly happened when the chain of custody on set for firearms is so specific and strict. The number of violations that took place to result in a death and an injury like this is beyond our comprehension.

Between this tragedy and our union's recent contract negotiations with the studios, change is coming for sure. It has to.

Alec is a good human being, and it's written all over his face how distraught he is. It's awful, but in addition to his role as an actor, he's also wearing the producer hat in this case. Amid the talk of hiring a nonunion crew and then pushing them beyond their limits and cutting corners to try and save money, it seems they screwed up pretty badly.

For years, I've been saying there's got to be a better way to make movies, and everybody's attitude is, "Well, if it ain't broke, don't fix it," but it is broke. It's very broken, as a matter of fact.

We are understaffed and overworked

Prop departments are notorious for being the smallest on set and are often asked to cut down on manpower.

Everyone, regardless of department, is overworked. We all work crazy hours for weeks and sometimes months at a time, and it's hell on our bodies, our minds, our relationships, and our lives.

I lost a friend, a 39-year-old grip, the father of two small children, who fell asleep behind the wheel after pulling too many hours on set and wound up crashing. I myself have fallen asleep at the wheel after too long a shift, but luckily it didn't result in an accident.

When I was coming up the industry ranks, people would always say, "If you don't like it, there's somebody right behind you who will take your job," and that's the philosophy we lived by. But you know what: I'm calling BS. We're trained professionals, and if that's the attitude of producers, then they shouldn't be producing.

The overall safety and the well-being of the crew should be a production's No. 1 priority, not saving a few bucks here and there

There are plenty of good and decent producers out there, and all they have to do is make the schedule and turn-around times longer and the days shorter. They could even split crews to give people adequate rest, which would also create more jobs. People all over the world make movies that are beautiful and brilliant without working the kind of cruel hours we're forced to.

Why is it in America that we feel the need to make a movie in six weeks when it should take 10 to 12? To save money because some executive in an office has decided this is how much it should cost? That's not the real cost. The real cost is coming at the expense and the well-being of everyone involved in the production.

The suits upstairs just don't get it. If you ask me, once Hollywood got taken over by the executives, it went straight down the toilet.

Since last week's tragedy, there's been a recent push to ban firing weapons on set

The way I see it, the film industry has been around for more than 100 years, and during that time millions and millions of rounds of ammunition have been shot — and as professionals, our track record for safety is very good. This is why I'm still on the fence about whether to allow firing weapons on set, but I'm willing to hear the pros and cons.

For now, when I'm working on set, I'll continue to do what I've been trained to unless someone tells me to add additional safety steps as a precaution — which I'm more than happy to do because one fatality, in my opinion, is one too many.