Here’s How Democrats Need to Talk About Education

Virginia Governor-elect Glenn Youngkin connected with parents, and Terry McAuliffe did not. This, not critical race theory, is what Democrats need to reflect on. 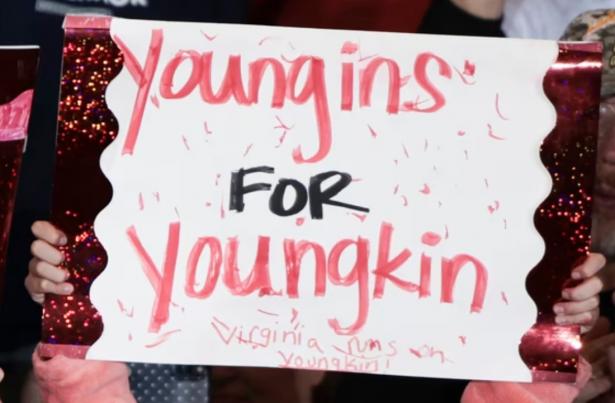 This is admittedly simplistic and reductionist, but it is fair to the closing arguments of the campaigns. And each was also a message about race. McAuliffe was warning of racist Trumpism, and Youngkin was manipulating racial fears. McAuliffe was, of course, right. Trump has been a menace to equality, fairness, justice, and democracy. Youngkin was intentionally holding on to Trump’s base. He used dog-whistle fearmongering by refusing to allow “critical race theory” in public schools that are not teaching it at all.

Republicans have learned to update the Southern strategy in a Covid-traumatized world.

What lessons should Democrats learn from this electoral defeat? Republicans have learned to update the Southern strategy in a Covid-traumatized world. Developed to undermine civil rights, the strategy is to nod to racism without naming it. And Youngkin did it brilliantly and shamelessly. Democrats can counter it with real help for real people, but they also must talk about race and talk about it right.

First, let’s examine how Youngkin race-baited with false fears of a black-thought takeover of white suburban schools. The night before the election, in Loudoun County, Virginia, a county Joe Biden won by 25 points last year, Youngkin gave a rousing closing argument. The conservative website Townhall said it was the most emotional and enthusiastic response Youngkin got. If you only heard evening news soundbites, you would think all he talked about on the campaign trail was critical race theory.

Not so. In fact, he sounded like a moderate Democrat, with the notable exception of CRT. His very first promise is to end the closure of schools due to Covid-19. Well, with schools fully reopened and the now-approved vaccine for school-age children, that is a promise without a problem behind it. It’s also irrelevant. The facts often are. In that opening salvo, he was connecting with the pain and frustration of parents, particularly all those white women without college degrees who voted for Biden last year and shifted massively to Youngkin on Tuesday. He was saying he understood their pain and would not repeat it.

People cheered. He went on to promise more money for students needing special education and more advanced math and advanced degrees. As a progressive, I agree! Shocking, right? This was not just the substance of his message. It was the order of his message. He was saying, “I feel you. I got you. And I will be concrete, specific, and clear.”

He also emphasized accelerated learning with an emphasis on more charter schools and, therefore, school choice. This is popular with many Black parents, as well, because of dissatisfaction with the quality of their schools. That means that whether or not we agree on a policy level, it is appealing not only to white parents.

Here is the kicker. Before he ever gets to CRT, he says this: “We will make sure all history is taught, the good and the bad.” He doubles down on this, stating that he is all in favor of teaching how wrong this country has been in the past and how unfair. He has now inoculated himself and his audience from the racial fearmongering to come. He is saying, “I’m a good, right-thinking person. I know racism is wrong.” Then and only then does he say there will be no CRT in the schools. His focus was reform of schools with clear and concrete changes a parent could see and feel, while then signaling that none of them needed to feel guilty about book-banning.

McAuliffe failed to talk about people’s lives. His closing argument was all about Trump and racism, too, but it wasn’t effective.

McAuliffe, by comparison, failed to talk about people’s lives. His closing argument was all about Trump and racism, too, but it wasn’t effective. To be clear, McAuliffe had an education platform of big, meaningful things, but he did not deliver that message meaningfully. Nor did he use it to generate a productive conversation on Republican race-baiting.

In an interview on education, he said he had put $1 billion into schools as governor and would put $2 billion more. Great. But for parents who feel their schools are bad, that just sounds like he will waste their money. I’m sure there are some success stories he could have shared about how some kids’ lives were better. He didn’t.

Worse, he made his $2 billion wonky. He would hire more teachers and offer pre-K, which are both important, but he fails to paint the picture. It’s not the money that matters. It’s the impact. Would the money reduce class sizes? Will there be more math teachers and more support for students with learning disabilities? What about how kids will catch up from a disastrous and traumatizing year?

Rather than just saying he will create universal pre-K, how about talking directly to women about knowing the struggle to work and help kids with online learning? And as for race, talk about what kids in Black and Latino communities need and don’t get. Talk about how every school and every child, naming communities and even people, will benefit, and make it diverse. Make public schools a real choice for parents! The truth is that Black and Latino kids need these investments desperately, and we can and must say that.

We know the line of attack: White women will be told their children will be indoctrinated and parents’ values and voices will be undermined. Big and bold ideas that allow us to provide life-changing solutions and talk about what we all need, but also what we need to do to make wrongs right for Black people and people of color, are an antidote to the poison of the Southern strategy.

And we shouldn’t let Republicans scare us from organizing parents into places that enable collective ideas about making schools better. The right is weaponizing democratic spaces to drive us from democratic practices. Parent voice matters to Black parents and immigrant parents, too.