Here Are the 6 House Democrats That Voted No

"Conservative Democrats are trying to tell my community that we should just shut up and accept a half deal," Rep. C. Bush tweeted. "... We won't accept anything less than the President's full agenda." 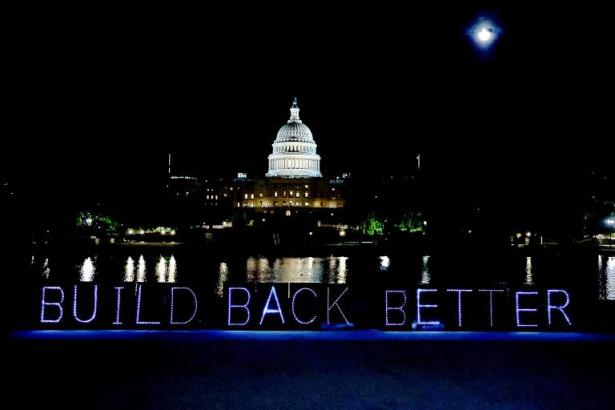 The US House of Representatives on Friday approved the $1.2 trillion bipartisan infrastructure bill championed by President Joe Biden and Democratic leaders in a 228-206 vote, attracting the support of 13 Republicans and moving the legislation to the president's desk for his signature.

The legislation, officially known as the Infrastructure Investment and Jobs Act, has been a core tenet of Biden's agenda centered on repairing the nation's beleaguered transportation network, in addition to boosting access to broadband connections and putting into place a network of electric vehicle chargers.

However, the legislation had languished in Congress — months after the Senate took up the bill and approved it in a bipartisan 69-30 vote — due to intraparty disagreements about the contents of a larger Democratic-led reconciliation bill, known as the Build Back Better Act, social spending legislation that was designed to be paired with the bipartisan bill.

Progressives demanded that House leadership put both bills on the floor for a vote at the same time, while moderates called for a vote on the bipartisan bill – without tying it to the larger bill — which was still the subject of debate over its size and scope.

House Speaker Nancy Pelosi of California unfastened the bipartisan bill from the Build Back Better Act, which led to the former bill's successful package, with several key moderates signing on to an agreement paving the way for their backing of the reconciliation bill once its fiscal impact has been released.

However, six progressive Democrats — all members who make up the "The Squad" — rejected the legislation late on Friday. 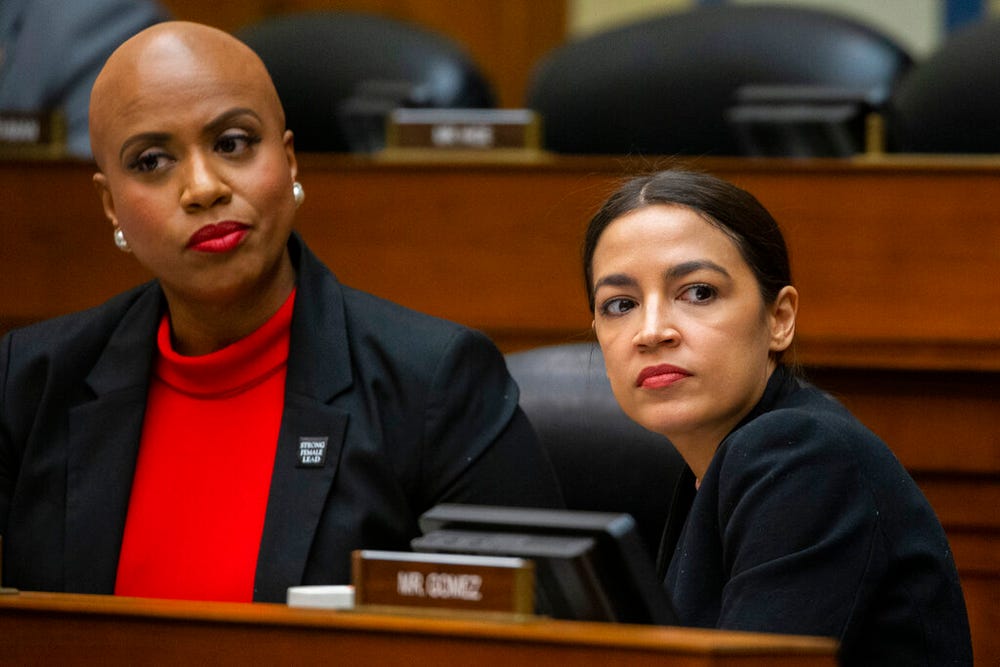 Rep. Ayanna Pressley of Massachusetts, left, and Rep. Alexandria Ocasio-Cortez of New York, attend a hearing of the House Committee on Oversight and Reform on Capitol Hill.

'The Squad' insisted on both bills passing together

Hours before the House vote, Bush rejected supporting the bipartisan infrastructure bill without the Build Back Better Act.

"Conservative Democrats are trying to tell my community that we should just shut up and accept a half deal," she tweeted. "St. Louis sent me to Congress to do the most for all of us. We won't accept anything less than the President's full agenda. The people must win."Ocasio-Cortez, Tlaib, and Bowman have said for months that both bills would need to be put on the House floor together in order for them to back the bipartisan infrastructure bill.

Omar in a statement on Friday said that she has been firm in her support of both bills being passed together, a position she ultimately did not abandon.

"From the beginning, I have been clear that I would not be able to support the infrastructure bill without a vote on the Build Back Better Act. Passing the infrastructure bill without passing the Build Back Better Act first risks leaving behind childcare, paid leave, health care, climate action, housing, education, and a roadmap to citizenship," she said.

After its passage, Biden in a statement lauded the legislation, calling it "a once-in-generation bipartisan infrastructure bill that will create millions of jobs, turn the climate crisis into an opportunity, and put us on a path to win the economic competition for the 21st Century."

He added: "It will create good-paying jobs that can't be outsourced. Jobs that will transform our transportation system with the most significant investments in passenger and freight rail, roads, bridges, ports, airports, and public transit in generations. ... We will get America off the sidelines on manufacturing solar panels, wind farms, batteries, and electric vehicles to grow these supply chains, reward companies for paying good wages and for sourcing their materials from here in the United States, and allow us to export these products and technologies to the world."