Will Democrats Look a Gift Horse in the Mouth?

The gift comes courtesy of the 25 GOP governors who opted not to accept billions in federal unemployment benefits. As a result of their callous decision more than 4 million lost $300 in weekly payments they desperately needed. 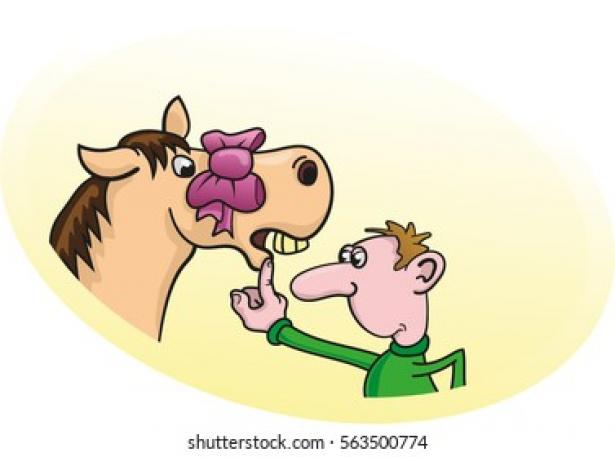 This has been a month of bad news for the Democratic Party. The conflicts around the infrastructure and Build Back Better bills and the November election results make clear that Republicans hold significant advantages with voters on critical issues including border security, crime, national security, and the economy.

As bad as the news has been, however, Republicans and their corporate benefactors may have recently handed Democrats a gift that will enable them to get off the mat and actually pick up seats in the House and Senate, take control of state legislatures, and evict Republicans from governor’s mansions—if they are smart enough to unwrap and use it.

The gift comes courtesy of the 25 GOP governors who earlier this year opted not to accept billions of dollars in fully federally funded supplemental unemployment benefits authorized by the American Rescue Act. As a result of their callous decision more than 4 million involuntarily unemployed Americans lost $300 in weekly payments they desperately needed.  The Century Foundation estimated that families crushed by the COVID-19 pandemic would lose an average of $6,000 as a result of the benefit reduction.

Why did the governors put so many of their citizens at risk and stop more than $15 billion from flowing into their state’s economies? Because Corporate America, led by the U.S. Chamber of Commerce, the National Foundation of Independent Business, the National Restaurant Association, and other trade groups told them to. As far as the business community was concerned, the people sucking up the extra benefits would sit on their lazy butts as long as the government largesse was rolling in. Just kick them off the dole and watch them take whatever job was offered, the Chamber said.

The GOP governors were more than happy to oblige, even though most studies showed that a variety of other factors including family-care responsibilities, school closures, an imbalance of available jobs, fear of COVID-19, poor working conditions, and low wages were discouraging people from returning to the workforce — not the supplemental benefits.

Ohio’s Mike DeWine was one of the governors who ignored the facts in order to serve his business supporters. On May 13, 2021 announced would cut off the supplemental payments because the extra $300 a week was “certainly discouraging people from going back [to work].”

As many expected, DeWine’s business buddies and fellow Republicans gave him a standing ovation for denying 230,000 working and middle-class Ohioans $900 million in benefits that would have enabled them to pay their bills while strengthening the state’s economy. What was not expect was the reaction from Ohio Democrats and the labor movement: crickets, nada, not a word. The silence was deafening, the inaction infuriating and frustrating.

So, the DannLaw and Advocate Attorneys legal team took up the gauntlet by suing DeWine and the Ohio Department of Jobs and Family Services on behalf of Candy Bowling and other workers who lost the supplemental payments. They argued that under Ohio law DeWine was obligated to accept the funds. To date, the Ohio Common Pleas and Appellate courts have agreed and the case is now awaiting a hearing before the Ohio Supreme Court.

Particularly important in this process were the messages from people impacted by the benefit cutoff began pouring into DannLaw’s Facebook page and email inbox the day the suit was filed and continue to pour in each week. Hundreds of people have shared heart-wrenching stories that expose the business community’s narrative about the supplemental payments for what it is: a cynical lie meant to divert attention away from the real reasons Americans are reluctant to return to work.

Those epistles from the heartland are also why we believe DeWine and his cohorts have handed the Democrats an incredibly valuable gift. Along with their stories, people are directing their outrage and anger at DeWine:

DeWine’s pride is standing in the way of helping 200k+ Ohioans pay their bills and feed nearly a billion dollars back into the economy It’s a damn shame that election season is still a year away. How else can you hurt us DeWine?

We should all start a petition to get Mike DeWine fired so that him and his family can see how it feels to have everything on the line…he doesn’t care because he doesn’t understand the people of Ohio.

Mike DeWine is outta there! He is a horrible human for this! When his people needed him he left us out to dry with our families I don’t trust him with anything!

Similar sentiments are being expressed in every state where benefits have been cutoff, including those like Arizona, Florida, Georgia, and Maryland that Democrats must win in 2022 and 2024. All the Democrats need to do is identify the millions of working and middle-class folks who have drawn a target on their governor’s back, organize them, mobilize them, and get them to the polls. There are 230,000 of them in Ohio, millions more across the country eager to take revenge on the Republicans who hurt them and their families.

Will the Democrats and their allies in the labor movement exploit the opportunity they have been handed? If Ohio is an indicator, the answer sadly, is no. In the four months that have passed since the original suit was filed, not one Democratic officeholder, party official, or labor union has joined the fight in court or the court of public opinion.

While dismayed by the lack of support, many Ohio Democrats are not surprised. As we have written in this space multiple times, the corporatists who control the Democratic Party have rendered it nearly indistinguishable from the Republican Party on economic and working-class issues. They have bought into the false narrative that economic stimulus and development only occurs when billions of dollars are handed out to corporations. We are not shocked that the party that reacted to the housing crisis by doling out hundreds of billions of dollars to the big banks while allowing 10,000,000 people to lose their homes is reluctant to fight for the jobless. No wonder they sit on the sidelines and refuse to fight for families who desperately need a helping hand.

The callous and cynical decision of Republican governors to turn down billions of stimulus dollars that could have helped their states’ economies creates a great opportunity. Democrats could not only mobilize the workers who were screwed over by the decision. They could also build a new narrative about how government is being held hostage by its corporate masters. Denying support to working-class people who can’t find good jobs should be exhibit A.