Beautiful World, Where Are You

Rooney examines meaning, art, friendship, and the price of fame through the story of two couples. 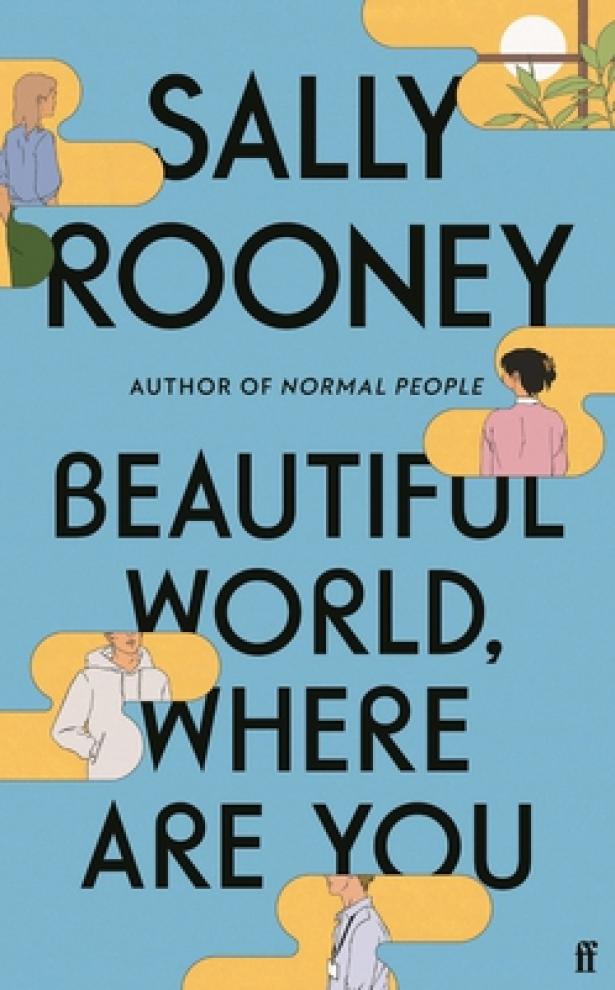 There has been such a lot of noise around Sally Rooney’s work, such an amount of fervour and possibly manufactured division. “The cult of Sally Rooney,” says one headline. “Why do so many people hate Sally Rooney?” asks another. The discussion cannot be about the quality of her sentences, which are impeccable, or about her tone, which is thoughtful, often sweet-minded and always rigorous. This is prose you either get or don’t get; for some it is incisive, for others banal. Which makes me wonder if it is so clean, it reflects the readers’ prejudices right back at them.

Rooney is certainly interested in accuracy: her first two novels managed to be sexually exact without being smutty, and this is an interesting trick. In its repudiation of shame, the style represents an advance of some kind, and it may be this autonomy that irritates those notional critics who are notionally male and notionally misogynistic. Also – and this really does annoy some people – Rooney writes about love.

If “romance” is one key insult here, “millennial” is another. The divergence of opinion is styled, accurately or not, as generational, and the conversation is partly about what is or is not to be taken seriously. In her first two books, Rooney wrote scrupulously about encounters that are usually seen as impermanent, and therefore a little silly: an affair and first love. The intensities of experience, so coolly described, are larger than is socially useful, as society used to be constructed. For the generation represented in these books, however, those constructions no longer hold – the young are reaping the ruin their ancestors sowed. (Jane Austen’s heroines were not troubled by apocalypse; perhaps this is why they did not pause, in love, to abhor the slave trade.)

“Aren’t we unfortunate babies to be born when the world ended?” In Rooney’s third novel, Beautiful World, Where Are You, Alice and Eileen are best friends, about to turn 30, who are agreed that human civilisation is facing collapse, beauty is dead, art is commodified and the novel irrelevant as a form. These smart Irish Marxists are best friends from college, and they have lives that are, in very different ways, a bit like Rooney’s own. Alice is an unfeasibly successful young writer and Eileen works for a literary magazine, earning 20 grand a year. The book interleaves their separate love stories with the long emails they send each other, in which they have much to discuss and share.

“We are standing in the last lighted room before the darkness,” says Alice, given that “there is no chance for the planet, and no chance for us.” And though Eileen agrees, she finds solace in the ordinary. “Maybe we are just born to love and worry about the people we know,” she replies. “In fact it’s the very reason I root for us to survive – because we are so stupid about each other.” Alice will be stupid about Felix, a possibly dodgy guy she meets on Tinder, and Eileen will be incredibly stupid about Simon, the friend of her youth, who is gorgeous, unapproachably moral and, of all things, a Catholic.

Fans of Rooney’s previous work will relish the ache and uncertainty of her characters’ coming of age, her way with emotional difficulty and her brilliance in showing the barriers we put between ourselves and the love of others. The last third of Beautiful World, Where Are You, when the four characters meet and connect, is a tour de force. The dialogue never falters, and the prose burns up the page. It takes some time to get these people in the same room, however, and that movement towards intimacy is purposely delayed by Rooney’s descriptive prose, which heats up slowly.

We start the novel knowing nothing – even the writer seems to know nothing – about these human beings. Actions are described in microscopic detail, expressions are hard to read. People don’t go online, they “tap the icon of a social media app” and their screens take several sentences to load. One of the bravura sections in the first part of the book describes, with great flattening effect, Alice’s day promoting her book (or “being famous”) in Rome while her date, Felix, wanders the city with his phone. One person’s life, another person’s life; neither is valued, by these sentences, more than the other. Slowly, this sense of distance becomes erotically charged; people talk quietly over the phone, screens are blankly full of possibility, words thrill.

“For no apparent reason, he switched off his indicator light and continued driving straight” – it’s a bit like reading late DeLillo, until the characters have sex, at which point it is like reading Rooney at her coolest, with her distinctive choreography of the gaze, and of the breath, and a mighty precision about what-goes-where.

After these opaque sexual interactions, the emails between Alice and Eileen come in a rush of loquacity. The women write to each other about societal collapse, and how their lives of easy consumption are made possible by the misery of millions. They are also interested in personal goodness; in Jesus, as a written character; in the relationship between beauty and sympathy; in the uses of fiction and the emptiness of fame. Alice is questing and disillusioned, Eileen more hopeful and fretful both. Their response to existential threat is not to talk of nihilism, but of empathy, morality and love.

Both women have suffered a loss of meaning. Eileen, recovering from a breakup, has long stopped writing moments down in her journal: “the world just came to me flat, like some catalogue of information”. Alice, who landed an enormous book deal at the age of 25, has just emerged from psychiatric care. Fame has involved, for her, a radical loss of personhood. She has become something she wanted to be and now energetically despises; finding versions of herself online makes her feel she is already dead.

But the women continue to figure things out, and their new sexual relationships kindle into connection. Recently, Eileen has felt it again: “the nearness, the possibility of beauty, like a light radiating softly from behind the visible world”. Alice remembers how writing a novel made her feel “like God had put his hand on my head and filled me with the most intense desire I had ever felt … desire to bring something into being that had never existed before”.

After this, there are no more emails and the prose comes alight. When people gather at a family wedding, one mind gives way to another mind, histories unfold, similes happen – metaphors, even! The last run of the novel is all generosity; personal details simply emerge, real conversations are held, insights abound. The reader will meet all this with a whoop of recognition, though it is possible that some will wonder why it took so long.

How do you follow two brilliantly acclaimed novels? Rooney has solved the problem of success by writing about the problem of success. It is never clear how we are to relate to Alice, the writer, who feels separated from her origins by “a gulf of sophistication”. She can be chilly and intimidating, while her indifference to her finances can only be a provocation to the people who love her, and who haven’t got tuppence to their name. Alice hates “the system of literary production”, which tells writers they are special and removes them from ordinary life. As far as she is concerned, novels don’t matter a damn in the general scheme of things, and her reader (she only mentions one) is online and weird. I found myself wishing that Eileen would push back more strongly, but the friends’ shared world view makes it hard to get a proper dialectic going here. Meanwhile, “They never tire of giving me awards, do they?” Alice writes, and I, for one, start to think that Rooney is yanking our chain. When a fictional writer opines that writers’ opinions should not matter, the real writer is either having her cake and eating it, or enacting the paradoxes her character so derides.

The exposure of fame, especially sudden fame like Rooney’s, is deeply shocking. Like any trauma, it empties our lives of meaning, at least for a while. Afterwards, there is always the hope that a writer can return to the difficulty and pleasure of the work – that the world has not robbed them of the very thing we celebrate them for. It is wonderful to see such a return happen in front of you on the page. Alice’s conclusions are essentially religious. For the reader, caring for a fictional character is a way of practising the kind of “disinterested love to which Jesus calls us”. For the writer, a novel is a blessing that can not be refused. We must all be delighted that she, and her creator, have found a way through.

Anne Enright is an Irish author. Her most recent novel is Actress (W.W. Norton, 2020).