What’s in the Glasgow Climate Pact?

And what isn’t in it but should be? 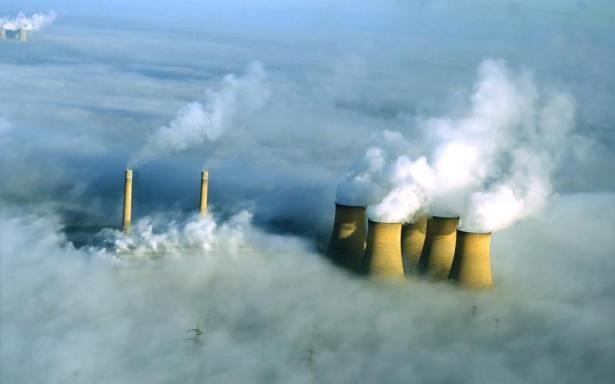 The two weeks of UN climate negotiations, COP26, just ended with the Glasgow Climate Pact. The pact had upsides and downsides—in fact, it was an absolute roller coaster. Here’s a brief summary of what happened.

From phaseout to the phasedown

During COP26’s first week, an agreement among 23 members of the negotiations to phase out coal was announced at the summit. Meanwhile, a draft text of the climate pact called on countries to “accelerate the phasing out of coal and subsidies for fossil fuels.”

Then, on Saturday, as delegates were heading into the last session, presumably to accept the pact, high drama began. Much of the action took place during a break in negotiations. COP26 president Alok Sharma rushed among several negotiators, particularly those representing China, the EU, and the US. When the meeting reconvened, the negotiator for India asked for the phrase “phaseout” in the text of the pact to be changed to “phasedown.”

It was a small change in wording with huge implications—and, since the phrase “phasedown” was used by China in the recent US-China pact, it raised suspicions that China and perhaps even the US were aligned with the request and that India was the fall guy. (China, India, the US, Australia, and Indonesia are the five biggest coal-producing nations.)

Negotiators for countries in the Global South were in a bind—if they refused, they risked losing the funding for adaptation and mitigation that had already been agreed on. As Tina Stege, climate envoy for the Marshall Islands, put it: “This commitment on coal had been a bright spot.… It was one of the things we were hoping to carry out of here and back home with pride. And it hurts deeply to see that bright spot dim. We accept this change with the greatest reluctance. We do so only—and I really want to stress, only—because there are critical elements of this package that people in my country need as a lifeline for their future.”

The pact was changed to call for “the phasedown of unabated coal power” (the modifier “unabated” is code for carbon capture and storage) and “of inefficient fossil fuel subsidies.”

Finally, some attention is given to the wool sweater of energy policy

Energy efficiency means that less energy is used to perform a task (for example, that stoves and refrigerators use less energy or that drafty buildings are caulked and insulated). Stronger energy efficiency standards carried out across industries or via national and state policies could go a long way to reducing emissions, so this was a bright spot in the talks.

Near the end of the first week of COP26, after the coal phaseout and after the US and the EU announced the Global Methane Pledge, the International Energy Agency announced that the negotiations were on track to keep global temperature to 1.8°C.

But that picture of progress was debunked by two reports released in quick succession during the second week of the UN climate negotiations. An investigation published by The Washington Post found that countries’ pledges are based on faulty data in the counting of emissions reductions.

Then, Climate Action Tracker, a group that monitors action on greenhouse gas emissions reductions, released a report finding that current policies and actions will lead temperatures to rise to 2.4°C.

Developing nations have been fighting developed nations to pay up the $100 billion annually that was promised over a decade ago, and which was supposed to be delivered between 2020 and 2025. It has yet to arrive, and given that developing nations, such as low-lying islands and drought-stricken countries, are already impacted by the changing climate, they need the funds now. Equally important to developing nations was funding for “loss and damage”—impacts of the climate emergency that are so severe that one cannot prepare for or adapt to them like hurricanes and sea level rise.

That so much funding is needed by developing nations to address the impacts of climate change should be a wake-up call to developed nations, which are themselves starting to experience the impacts of climate change, manifesting in fires, hurricanes, and floods. One success coming out of COP26 is that the Glasgow Climate Pact agrees to the demand for increasing funds, doubling them starting in 2025.

Developing nations are tired about talking about the future, when climate change is their present

It was a telling moment when Frans Timmermans, the EU negotiator, teared up talking about the future that he wanted for his one-year-old grandson.

Later, Asad Rehman, speaking on behalf of the climate justice constituency, said, “It’s immoral for the rich to talk about their future children and grandchildren when the children of the Global South are dying right now.”

The discrepancy in power between negotiators at the climate talks is very apparent, but the talks are an equalizer in one way—they’re one of the few venues for climate change negotiations where members of the G20 have to look members of the G77 and other residents of the Global South in the eye every day and listen to what they have to say.

The conversation on fossil fuels has finally shifted

Efforts to phase out fossil fuels and fossil fuel subsidies will only continue to grow, and the urgency to cut emissions dramatically and quickly has finally begun to sink in, somewhat.

What remains is for high-emitting nations to shift from pledges to policies.

Climate science is in the pact itself

For the first time, the Glasgow Climate Pact cites the science of the Intergovernmental Panel on Climate Change (IPCC), calling for a 45 percent reduction in emissions of greenhouse gases by 2030, based on 2010 levels, in order to hold climate change at 1.5°. Hopefully, this inclusion will set the bar for holding countries to these amounts, especially the ones, such as the US, who like to fudge their numbers by setting their emissions reductions against different baselines than the other negotiators.

Next year’s COP negotiations could be just as fraught

COP meets every year, and under the current agreement, every country that doesn’t meet its climate targets has to submit a new plan to cut emissions.

This demand to report back with increased ambitions by next year is new. (Previously, via the Paris Agreement, it was every five years, which itself was new.) Right now, the only G20 member with a plan that qualifies is the EU. Next year, nearly all of the countries that weakened the Glasgow Climate Pact will return for COP27 in Egypt. Their critics will be there too.

Tina Gerhardt is an environmental journalist and an academic. She covers climate change, sea level rise and energy policy with a focus on social and environmental justice. Her writing has been published in Grist, The Nation, The Progressive and the Washington Monthly, among other venues. Find more of her work on Twitter at @TinaGerhardtEJ.