Scholars have never accepted the official explanation for the murder. That is unlikely to change. 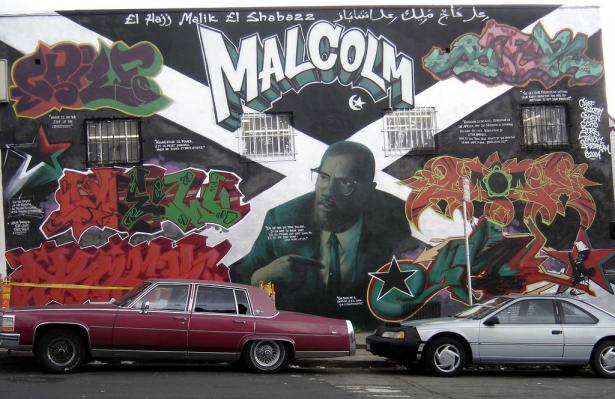 Malcolm X, by ekai is licensed under CC BY-NC-SA 2.0

Even before a judge tossed out the convictions of two men who had been found guilty of killing her father, Malcolm X, Ilyasah Shabazz said the hard work of unraveling the truth behind the notorious assassination was still to be done.

“My family still seeks justice for the murder of our father,” Ms. Shabazz said in a statement on Thursday. She welcomed the two men’s exonerations, but added: “Full justice will not be served until all parties involved in the orchestrated killing of our father are identified and brought to justice.”

The remarkable court hearing exonerating the two men, Khalil Islam and Muhammad A. Aziz, who had steadfastly maintained their innocence, clears up one corner of the historical record.

But the Manhattan district attorney’s 22-month re-investigation of the case, conducted with lawyers for Mr. Islam and Mr. Aziz, was never meant to resolve the larger mysteries surrounding the crime, the lawyers said.

Among the more intriguing details from the district attorney’s exoneration motion: The shotgun that killed Malcolm X and was recovered at the scene can no longer be found.

Official records that might shed light on what happened that day are also lost or have been heavily redacted.

“This brings us closer to understanding the mishandling of the prosecution, but there still remains the question of why those responsible were not investigated and prosecuted,” said Tamara Payne, who with her father, Les Payne, wrote the most detailed account yet of the murder, “The Dead Are Arising: The Life of Malcolm X,” which won the 2021 Pulitzer Prize for biography.

Doubts began before the 1966 trial of Mr. Islam and Mr. Aziz was even decided. The third man on trial, Mujahid Abdul Halim — who at the time went by Talmadge Hayer or Thomas Hagan — confessed to the killing, but he said that Mr. Aziz and Mr. Islam had nothing to do with it. With no evidence connecting Mr. Halim to the others, and no physical evidence at the crime scene, why the push to convict the two men?

Ameen Johnson, center, and Shahid Johnson spoke on Thursday outside the Manhattan courthouse where their father, Khalil Islam, was exonerated in the murder of Malcolm X.  Credit...Todd Heisler/The New York Times

Scholars, including the Paynes, have focused on three areas of the case that remain unresolved: the role, if any, of Nation of Islam leaders in prompting or planning the assassination; the role of the New York Police Department, which had an undercover agent inside Malcolm X’s security team at the Audubon Ballroom, where the killing occurred; and the role of the F.B.I., which had blanket surveillance on the Nation of Islam and Malcolm X’s organization, and had fomented hostility between Malcolm X and Nation of Islam leaders at the sect’s Chicago headquarters.

Sign up for the New York Today Newsletter  Each morning, get the latest on New York businesses, arts, sports, dining, style and more. Get it sent to your inbox.

The Paynes’ book includes a tantalizing interview with a man the authors called Talib, who said he had witnessed the planning and aftermath of the killing firsthand at the Newark mosque to which most scholars believe the killers belonged.

The re-investigation team was not able to identify the man.

The district attorney’s motion also says the investigators “did not uncover any evidence” to support theories that the murder had been “orchestrated by the F.B.I. and/or the N.Y.P.D.”

But many of the F.B.I. records related to the case remain heavily redacted, said David J. Garrow, a Pulitzer Prize-winning historian. Speculation about what lies behind the black bars on the documents that have been released so far — and in any files that may still be buried in the bureau’s archives — has flourished.

“What remains murky is exactly what the chain of command was from Chicago to Newark and New York that brought the killers to the Audubon that day,” Mr. Garrow said.

Interest in the case has waxed and waned over the years. In 1993, Mr. Garrow asked in The New York Times, “Does Anyone Care Who Killed Malcolm X?”

Since then, a steady drip of revelations has rekindled interest and incited speculation — some well supported, some less so. More of the F.B.I. files have been made public under the Freedom of Information Act, along with a better understanding of how the bureau declined to share information with the police or prosecutors.

Such information, the district attorney’s motion said, might have led to an acquittal for Mr. Aziz and Mr. Islam in 1966. It also might have sent investigators in search of wholly different suspects and a different theory of the crime.

Ms. Payne said that in the decades that she and her father worked on their book, they hoped the revelations would lead prosecutors to indict the real killers. But even without that happening, she said, “It’s important to know what happened to understand history.”

After so long, the people Mr. Halim and scholars have named as the other killers are all believed to be dead. Ms. Payne declined to say whether there were any leads that she and her father had uncovered but been unable to resolve.

Those questions still need to be asked and answered, she said. “If it can be nailed down,” she said, “I think it should be.”

John Leland, a Metro reporter, joined The Times in 2000. His most recent book is “Happiness Is a Choice You Make: Lessons From a Year Among the Oldest Old,” based on a Times series. @johnleland