The book version of the famed (and reviled) magazine issue is much longer, easier to read, and changed in canny ways that will help it endure. 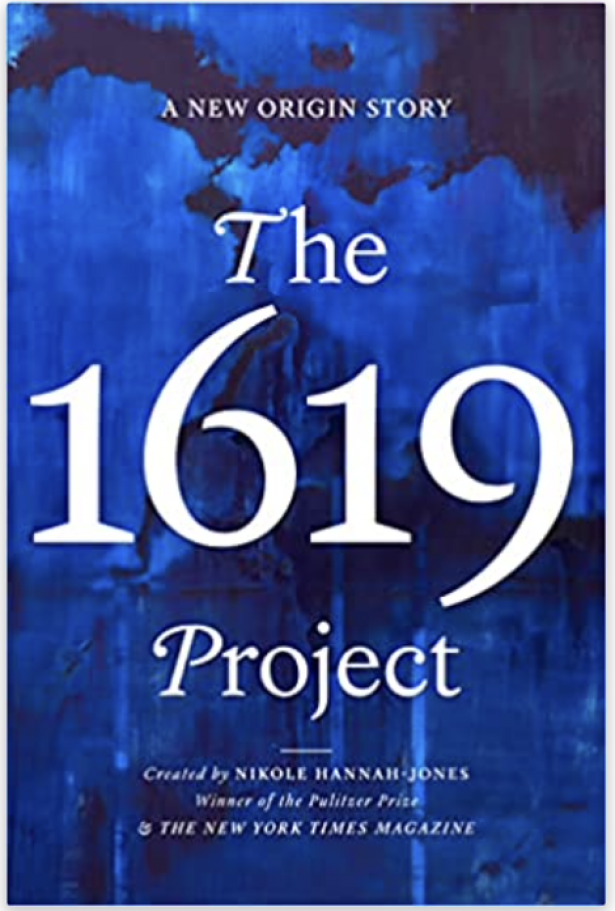 The New York Times’ 1619 Project arrived in August 2019—somehow, barely more than two years ago—and created a discourse that nearly obscured the thing itself. That discourse has, in its third year of life, produced an exceedingly lumpy grab-bag of cultural byproducts: mentionsin state, local, and federal bills aimed at prohibiting the project’s teaching in schools; response interviews with prestigious, 1619-critical historians on the Trotskyist World Socialist Web Site (?); an unusually lively debate between two historians of the founding era at the Massachusetts Historical Society; and, recently, a lengthy essay explaining the project’s origins, and locating it within centuries of American historiography, from Times Magazine editor Jake Silverstein. The discourse draped the project’s creator, Nikole Hannah-Jones, already a respected journalist, with all of its prizes; the discourse also made her presence on college and high-school campuses into a culture-war issue.

All of this is so highly unusual when it comes to the reception of historical media that I’m hard-pressed to think of an analog. Most authors of historical books and filmmakers with new history documentaries only wish. As William Hogeland wrote for Slate recently, the 1619 Project spurred such reaction in part because of its message, which disturbed the kind of people who have severe and untreated addictions to founding fathers, but in part because of the way the place and manner of its publication collapsed every context: academia, legacy media, social media, education, politics. “One random summer Sunday, the New York Times Magazine, of all things, unveiled for its big, middlebrow reading public what seemed to be a wholesale reframing of the nation’s entire history,” is how Hogeland put it.

The ideas in 1619, many of which are pretty familiar to anyone who’s followed academic history in the past few decades, may have landed the way they did because of the Times’ platform and unique cultural position. But this was a tremendous act of synthesis and translation on Hannah-Jones and the Times’ part. A prestigious paper assigned fiction and non-fiction pieces about ideas that had evolved within the academy to excellent writers, packaged everything up, gave it a beautiful art treatment, and called it a “project.” Not a book, not a museum exhibit, not a podcast—a project, one that had a very easy-to-remember elevator pitch: “Not 1776—1619.”

This frame, it turns out, was brilliant: sticky, provocative, generative. The discourse has proved it. Now the project has become a book: The 1619 Project: A New Origin Story. With this, the editors (Hannah-Jones, Caitlin Roper, Ilena Silverman, and Silverstein) have tried to address many of the critiques leveled at the project when it was still a magazine special issue—a past iteration that Silverstein, in his recent contextualizing essay, called a “first effort.” The new book is much, much longer than the magazine version, and easier to read, despite its heft. Timeline pages provide a necessary chronological anchor for the essays, which move backward and forward in time. The magazine issue had some timeline elements, but in the book the cards have proliferated, with many new key events added: the Virginia House of Burgesses’ passage of the law that established the doctrine of partus sequitur ventrem, 1662; Lord Dunmore’s proclamation, 1775; the first gathering of Black activists that would become known as the Colored Conventions, 1830.

Poetry and fiction runs throughout the book and is inspired by the events in the timeline cards, providing more grounding in the “dates and names” of the history—a neat trick, given the essays’ thematic nature;  it might otherwise be easy to get lost. The magazine’s shorter sidebar essays appear to have been cut, or, in some cases, absorbed or adapted into the longer essays, which makes things much more pleasingly symmetrical. There are seven new thematic essays in the book, bringing the total number to 17, and 19 new works of fiction and poetry, making 36.

Here’s the sentence from Hannah-Jones’ opening essay that caused the most sturm und drang among historians after the magazine’s publication: “Conveniently left out of our founding mythology is the fact that one of the primary reasons the colonists decided to declare their independence from Britain was because they wanted to protect the institution of slavery.” A few months after the publication of the magazine’s special issue, after staunch protest from some leading lights of the historical profession, those independence-declaring colonists acquired a qualifying prefix (“some of”) in the digital version of the essay. That change carries over to the book, as noted and explained by Hannah-Jones in the book’s introduction. More additions to this second version include added context about slavery in other parts of the Americas, explorations of how the Haitian Revolution affected American slaveholders, and what Hannah-Jones called “more nuance” on Abraham Lincoln’s views on race, added to her opening essay.

Of the additions, I most loved the essay on “Dispossession,” a history of the overlap between Native and Black oppression, by Tiya Miles. Miles had two short pieces in the magazine issue, and is one of my favorite writers, whose recent book on “Ashley’s Sack” left me weak. (The fact that Ashley and her sack don’t appear in this new book just shows that the 1619 Project, even in its expanded form, is only ever going to be a portal to the many other histories, micro- and macro-, of American slavery that scholars have produced over the past few decades.) An essay on “Church” by Anthea Butler, which opens with Barack Obama’s betrayal of Rev. Jeremiah Wright, goes back in time, and moves forward to Rev. Raphael Warnock’s election to the Senate in 2021, brings critical context to the story of Black resistance to white supremacy (a story that is, in general, greatly amplified in the new 1619 Project). A piece of short fiction by Darryl Pinckney about the reading of the Emancipation Proclamation on Union-occupied Port Royal Island in South Carolina, which the author has expanded from its even shorter form in the magazine, should probably be a movie. Jamelle Bouie’s essay on democracy, from the magazine, here found in a section retitled “Politics,” has been wrapped in new 2020 context that only shows just how right he was to call out the reactionary strain in American politics that perceives only certain (white, property-owning) voters to be legitimate.

If I have a quibble with this mosaic of a book, which achieves the impossible on so many levels—moving from argument to fiction to argument, from theme to theme, and backward and forward in time, so smoothly—it’s the amount of 2020 in it. Leslie Alexander and Michelle Alexander’s essay on “Fear,” new to the book, starts with George Floyd and rolls back through the reactions white Americans had to events like the Haitian Revolution, the insurrection of Nat Turner, Black voting during Reconstruction, and the upswelling of Black civil rights activism in the middle of the 20th century. It ends on a hopeful note, with the protests of 2020. “Perhaps our nation is finally beginning to face our history,” they muse. As the authors closed this work, they couldn’t have known what 2021 would bring—how completely moderate Democrats would torpedo police reform, how “anti-CRT” would take hold as a new code for racist backlash, how even the reception to the project itself would come to suggest a nation that will do anything not to face its history.

But if The 1619 Project—the product of so many minds thinking in so many directions—has any overarching argument, it’s that things don’t change in a linear way. The next edition will, I’m sure, find a way to explain.