It’s never a good look when Americans must rely on Russian hackers to see who’s influencing our Supreme Court. 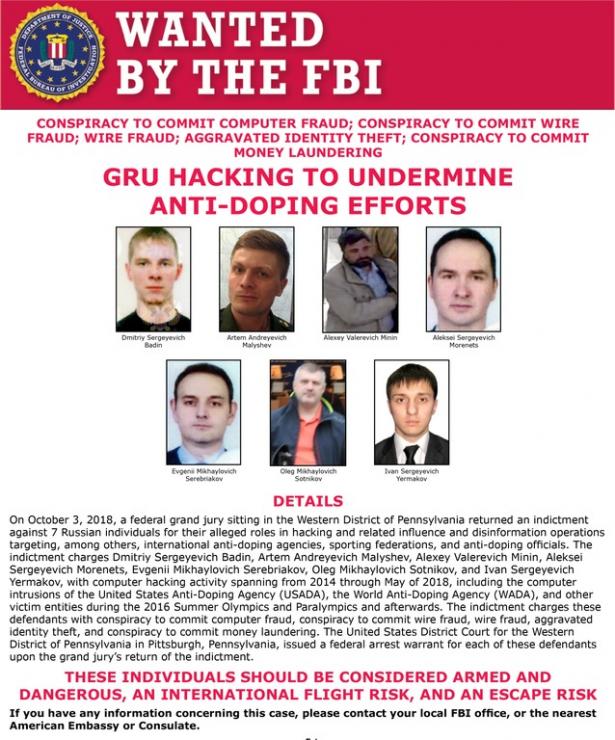 A piece of news that came out on the same day that the Supreme Court heard arguments in a case—at the center of what the NRA has bluntly termed the Republican justices’ “project” to overturn gun safety— revealed how deep the rot goes.

The news came from Russian hackers on the dark web. According to reporting by The Trace, the hackers unearthed a document suggesting that the NRA paid a lawyer more than $500,000 to advocate on its behalf through “the Independence Institute.” This included filing pro-gun rights “friend of the court,” or amicus, briefs in Supreme Court cases—including the one heard earlier this month—brought by the NRA’s New York affiliate. None of these payments were disclosed to the court or the public. In essence, the NRA cloned itself to amplify its voice before the court.

The justices say their rules guard against this kind of mischief, but this incident is far from isolated. As House Courts Subcommittee Chairman Hank Johnson and I have pointed out repeatedly, and as I recently detailed for the Yale Law Journal, the court’s rules only require the most immediate expenses involved in producing an amicus brief to be disclosed—little more than the cost of printing the brief for submission. A dark-money group or big industry front, such as the NRA, can hide behind a cloak of anonymity and multiply its voice to the court many times over. In the court’s most recent decision in favor of these dark-money groups, at least 100 Koch-funded dark-money groups filed briefs supporting the plaintiff—a dark-money organization that is itself a major part of this Koch network.

A problem on their own, flotillas of anonymous amicus briefs are only eddies atop a much larger and more dangerous problem beneath the water. Wealthy right-wing donors have for years funded and coordinated a massive dark-money operation to secure through our federal judiciary what they cannot accomplish through democratic elections. With the Federalist Society’s Leonard Leo at the heart of this operation, they funneled over $400 million through a network of front groups to guide hand-picked judicial nominees onto the federal courts, including Justices Neil Gorsuch, Brett Kavanaugh, and Amy Coney Barrett. (The NRA alone spent $1 million on ads supporting Kavanaugh’s confirmation, saying Kavanaugh was selected “to break the tie” on guns-rights cases.) With their judges confirmed, the right-wing donors fund lawsuits to advance their radical agenda through the courts. And finally, as this NRA incident shows, they anonymously fund flotillas of amicus briefs to support their arguments and signal how the judges should vote.

This scheme delivers results. The Roberts Court has issued more than 80 partisan decisions delivering clear wins to big Republican donor interests. In the past two years alone, the Supreme Court further eroded protections against discriminatory voter suppression laws; carved out a novel constitutional protection for dark money; used religious liberty as a cudgel to invalidate public health laws protecting against a deadly pandemic; and, most recently, used its “shadow docket” to nullify the constitutional right to an abortion in Texas, at least temporarily. The scheme’s donors got everything they paid for, and more.

In the same 2019 Supreme Court case in which the NRA apparently funded one of the amicus briefs, several Senate colleagues and I filed our own brief urging the court to assert its independence from the scheme. We warned that the American people were not fools and were starting to take notice of the court’s obedience to corporate, polluter, and partisan donor interests’ marching orders.

What did the court do in response? It marched on as its credibility tumbled. It delivered win after win for donors. Meanwhile, polls showed a steady decline in the public’s faith in the court. Despite justices’ publicity campaign to convince us otherwise, more than 60 percent of Americans now believe that the justices’ votes are influenced more by politics than the law.

The 80-to-zero record isn’t easily rectified, but there are steps that the court and judiciary could take to heal itself. Greater transparency can ensure that groups like the NRA can’t leverage their wealth to mislead judges and the public. Stronger ethics requirements for federal judges and a code of ethics for the Supreme Court can head off conflicts of interest. Reporting gifts and hospitality received by justices can restore the public’s confidence. These are measures the courts could put in place tomorrow.

Congress has a role to play, too. Bills like my DISCLOSE Act would shed a light on those who seek to corrupt our democracy with endless amounts of dark money. There are bipartisan proposals to require judges to abide by the same ethical standards as the other two branches of government. And I am working closely with Hank Johnson to strengthen the amicus disclosure requirements that the NRA exploited.

It’s never a good look when Americans must rely on Russian hackers to see who’s influencing our Supreme Court. Nor is it sustainable for a growing majority of Americans to believe politics, not the law, guides the court’s decisions. The solution is a blend of transparency and accountability for the Supreme Court—a solution we must enact swiftly.

The Daily Beast. Unlimited access to the best of the Beast.  Go deeper on the stories you can’t get enough of. Join us -- Monthly Trial Plan $1, Renews at $4.99/month.