Inflation is a lie, communism is fun, and twerking is important 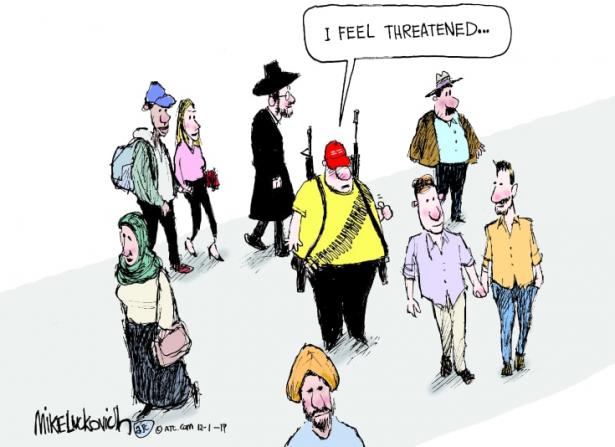 The Right’s License to Kill

Forget that ever-present right-wing fantasy of a muscular Aryan übermensch in a MAGA hat punching skinny black-clad leftist protesters, Rittenhouse is a more accurate avatar for the dweebs and dirtbags that make up the Trumpian right.

By Julia Carrie Wong
The Guardian

The anti-woke institution has no campus, no course catalog, no students, no accreditation. It does have a website.

By Max B. Sawicky
In These Times

Elites are sounding the alarm over threats of inflation in order to block Biden’s social spending plan. We shouldn’t fall for it.

The Anti-Vax Right Sets Up Shop in Nashville

Pseudo-scientists and right-wing heroes like Roger Stone descended upon the Opryland resort in October to spread misinformation. More anti-vax events are popping up around Tennessee.

Two leading historians of the founding period had a rowdy public throwdown over the role of slavery and racism in the U.S. founding, among other things.

The Australian far right has joined forces with New Age spiritualists, snake-oil salesmen, and wellness gurus to take advantage of social alienation caused by the pandemic. Despite the new branding, their anti-union, anti-working-class politics remain the same.

In our imaginations, capitalism has a monopoly on colour, light, and even life itself. If communism is ever to be viable, conceptually and politically, it must reclaim all this. It even needs to stake a claim to luxury — since lux is light. And that is what it’s all about: light in our lives.

Moderna, Pfizer, and BioNTech—the makers of the two most successful coronavirus vaccines—are raking in a combined $65,000 in profits every minute as they refuse to share their manufacturing recipes with developing countries, where billions of people still lack access to lifesaving shots.

How I Prepared to Quit

Five women discuss the financial plans they made while preparing to resign and how it’s working out for them so far.

By Eva Sauphie
The Africa Report

Popularised by music videos and sometimes considered pornographic, this phenomenon has its origins in ancestral Afro-descendant dances and, above all, advocates for a liberation of the body.