books In Derecka Purnell’s ‘Becoming Abolitionists,’ History is a Guide

Author Derecka Purnell seeks to "not only end the carceral state," writes reviewer Biakolo, "but to permanently transform the current punitive legal and justice framework of the United States." 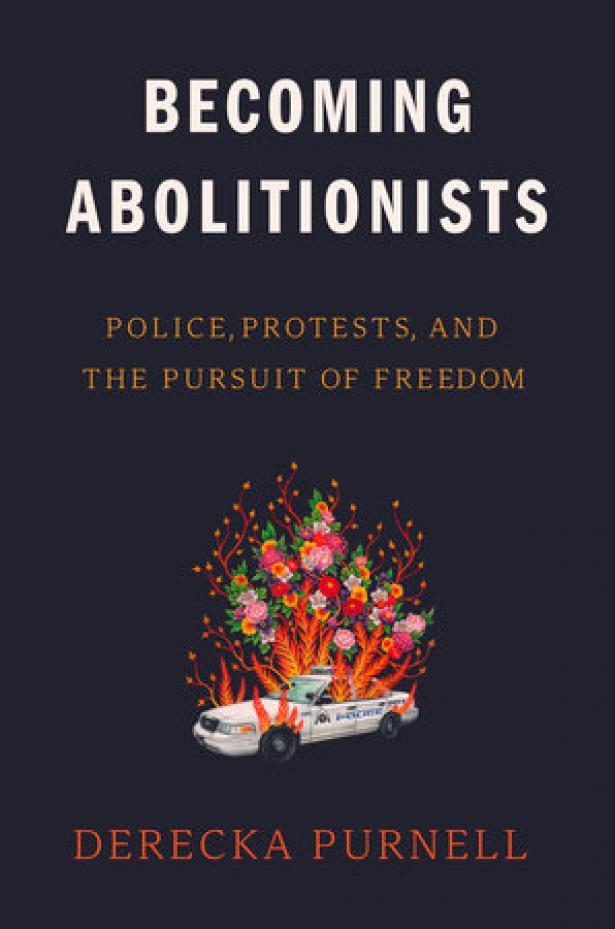 As a child, Derecka Purnell’s first memorable encounter with redressing injustice on her own behalf was in kindergarten. Early into her debut book Becoming Abolitionists, the lawyer and organizer tells the story of a lunch lady who denied her attempt at taking chocolate milk from the cafeteria provisions one day. Pernell deduced that because a peer had been allowed to obtain the coveted drink after giving this beverage gatekeeper some money, she could do the same when she brought a few coins the next day. To her surprise, a teacher intervened and told her she did not have to pay. Later, Purnell’s mother explained to her that because she was part of the free lunch program, the lunch lady had decided that she was “unworthy of chocolate milk” and attempted to deny her of it.

This minor but revealing incident illustrates how poor people are treated in American systems, especially its legal systems, according to Purnell. The story also exemplifies her approach in Becoming Abolitionists, documenting and tying together personal and political recollections and events that have shaped her worldview. Part memoir, part political and social commentary, the St. Louis native’s genre-bending book demonstrates her road to adopting abolitionist politics and makes the argument for why the new abolitionism — the push to end prisons and policing in the United States — ought to be the future of the country. Purnell, however, does not believe her own political labels are a prerequisite for practicing these ideals.

For Purnell, the aim is to not only end the carceral state – to use abolitionist language – but to permanently transform the current punitive legal and justice framework of the United States. Influenced by thinkers and organizers such as Rachel Herzing and South Africa’s Zelda Holtzman, she asserts that justice does not begin as a response to harm done, but instead is the consequence of a society where fairness, equality, and access to daily needs, are provided and maintained for all.

According to Purnell, police are the “foot soldiers” of this justice system. She points to the example of George Floyd as one symbol of its failures. As she sees it, had the slain Minnesota resident survived the encounter in 2020 with the now former police officer Derek Chauvin who was convicted of Floyd’s murder, there still wouldn’t have been justice.

In Becoming Abolitionists, Purnell posits crime as a social construction and an outcome of exploitation. She argues that it is ultimately those who are faced with limited choices in terms of safety, resources, and access, that are criminalized by the state prior to any act on their part. The vectors of her personal experience growing up poor and Black chronicled in the book provide ample narratives for how she arrived at her positions. But it was Trayvon Martin’s fatal shooting at the hands of George Zimmerman in 2012 and the trial that ensued that indelibly shifted her perspective. Then, Purnell had organized around a conviction for Zimmerman and amid the disappointment of not obtaining one, she came to an individual and communal reckoning that the current system could not deliver a justice worth upholding.

Coupled with the realities of her upbringing, it is precisely such noteworthy political events that were instructive in her journey to abolitionism. For this reason, Purnell opposes dissenters who frame abolition as something beyond the desires of poor, Black residents who may face violence on a regular basis in some neighborhoods. She says such views ignore that Purnell and those like her who have taken on abolitionist politics are the very survivors of both personal and state violence.

For Purnell, the argument and practice of abolition cannot be divorced from how and where capital and resources are directed. In her vision, money is divested from policing and instead is used to offer quality healthcare, food, schooling, etc. — all the things that make a society functional and healthy.

Although anti-policing abolitionism is gaining ground in the mainstream, Purnell recognizes that she is in the minority in the country. However, this doesn’t deter her. She points out that progressive monumental change in the United States has a history of being pursued by people in the minority. She considers, for example, the history of Black churches during the civil rights movement.

In writing Becoming Abolitionists and in how Purnell talks about the moving parts of a radical politics she wants the everyday person to encounter and reflect on, she is asking the reader to re-imagine a justice system that has never existed. It is a demanding request of others and herself, but she remains faithful to its pursuit, despite knowing that the arrival of such a society may not come in her lifetime. Indeed, the spirit of her politics is akin to a religious faith, which makes sense given how much her own faith has influenced her positions. Although Purnell doesn’t reflect too much on these intricacies in Becoming Abolitionists — she jokes that this may come in book two — the intimacies of her faith and her abolition practice are effortlessly discernible throughout her work.

For Purnell, creating a world where such experiences occur is a calling. But it is still work — the labor of a lifetime. Becoming Abolitionists disenchants the reader from believing that imagination is enough. In the end, commit to the work requires more than mere theoretical solidarity, but material support.