“A public bank would be a catalyst for the type of economic development that we frankly see too little of in New York City and cities around the country.” — Andy Morrison 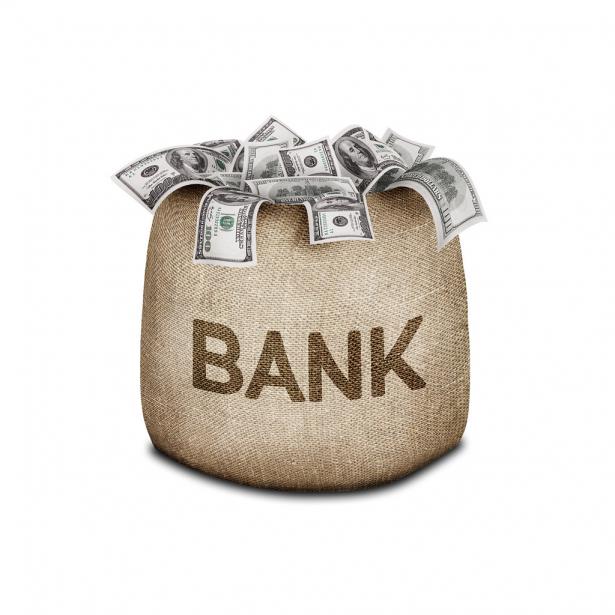 New York City, once the epicenter of the COVID-19 pandemic in the United States, is bouncing back. Broadway is reopening its doors, international tourists are arriving, and workers are returning to jobs.

But not all the way. According to the New York City Recovery Index, the city is still just about 80 percent “back.” Hotels are still running deficits, office vacancies are at a 30-year high, and small businesses — hundreds of which closed in 2020 and 2021 — are facing long roads to recovery.

What’s slowing Gotham down? According to critics, the pandemic laid bare the city’s systemic inequalities. COVID-19 infection and death rates were highest in working-class, non-white neighborhoods. Not only did private, for-profit banking aggravate those inequalities, but during the pandemic, JP Morgan Chase also extracted $1 billion in overdraft fees from working-class New Yorkers, according to research from the New Economy Project, a nonprofit organizing around issues of equity and racial justice.

“A public bank would be a catalyst for the type of economic development that we frankly see too little of in New York City and cities around the country.” — Andy Morrison

Meanwhile, those same commercial banks — which by city law must handle the nearly $100 billion in public funds that flow through New York’s public coffers in the form of sales and property taxes, revenue bonds, and federal stimulus cash — pay only “modest” interest rates for holding all that public money, Morrison argued in an analysis published by the New School’s Center for New York City Affairs.

Unequal access to resources like capital has long been a problem for working-class and minority communities. White households average nearly eight times the net worth of Black households, and banking practices are one reason why, a Brookings Institution analysis found. According to critics like Morrison, this hard reality and New York’s slow recovery all create momentum for New York City to finally set up an alternative to private banks.

JPMorgan Chase, with which New York City does most of its banking, is the worst offender but not alone. Banks have charged New York customers more than $1.6 billion in fees since the pandemic began, mainly through overdraft fees but also in ATM fees and monthly “maintenance” fees, as Public Bank NYC, a coalition dedicated to promoting public banking, announced last summer. 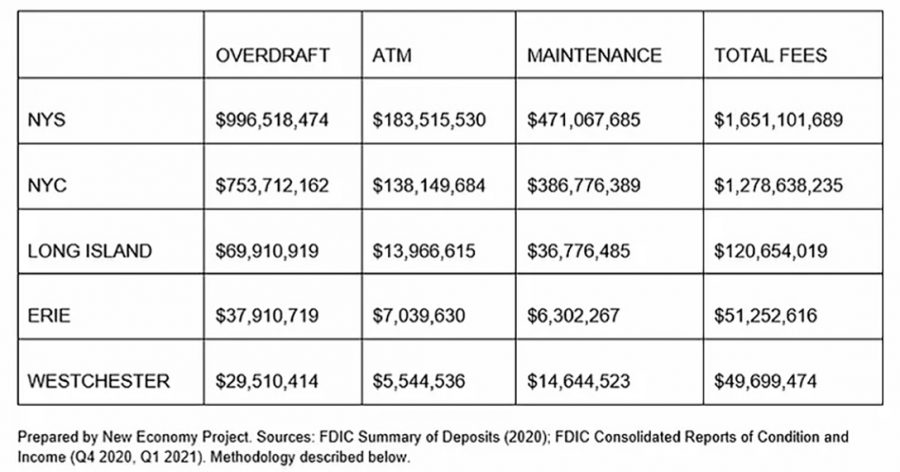 Before the pandemic hit, more than 25 percent of households across the New York metro area were unbanked or underbanked due to expensive bank fees or inequitable access. Activists assert that public banking would go a long way toward addressing those issues and feel that their time has come.

Though public banks exist in much of the rest of the world, in the United States, the century-old Bank of North Dakota is the only government-run general bank. That may finally be changing. New state laws in California are allowing advocates in San Francisco and Los Angeles to pursue a public option for banking.

In New York, supporters are focused on passing two pieces of legislation. One is the statewide New York Public Banking Act in Albany, which would greatly streamline the process for local governments to set up public banks. The bill is sponsored by state Senator James Sanders (D), chairman of the Committee on Banks, and is currently under consideration by that Committee.

In addition to assessing predatory fees, the present private banking system neglects the credit needs of lower-income and minority communities, according to critics. Public banking would solve both problems, they say.

“Bottom-up” economic development would mean funding for worker cooperatives, small businesses, firms owned by immigrants and minorities, as well as lending to underserved neighborhoods neglected by the private banks. It would also mean ready financing for community-based solar energy projects, according to Morrison — who argues that the COVID-19 pandemic reinforced the need for public banking.

Statewide legislation is not the only focus for banking reformers in New York State. They are focused on passing the People’s Bank Act currently before the New York City Council, sponsored by councilmembers Helen Rosenthal and Mark Levine, who have made fighting inequality a centerpiece of their careers.

Under current New York City law, an obscure city body called the Banking Commission selects the commercial banks that handle the city’s business. According to public bank advocates, the selection process is opaque. There is no disclosure of the fees these banks charge New York for public accounts.

And banks are selected with little transparency. In May, after an 11-minute Zoom meeting with no public input, the Banking Commission redesignated Wells Fargo, which agreed to pay billions in restitution for its fake accounts scandal, as an official city banking partner.

Critics assert that not only is the public hurt by the high fees that these banks charge for city deposits, but these banks invest in projects that are harmful to the public interest as well.

Private investment in fossil fuel projects and private prisons is cited as destructive to the lives of New York City residents. The People’s Bank Act would greatly increase the transparency of where the city banks and where it invests the public’s money. It would require the city to publicize a quarterly summary of its bank accounts, including balances and fees charged.

The city’s Committee on Finance held hearings on the legislation in April. It is still listed as being considered by the Committee.

New York Gov. Kathy Hochul (D), who worked as a banking executive before her political career, has not made a public statement about whether she supports the New York Public Banking Act. Nor has Mayor-elect Eric Adams (D) indicated whether he supports the People’s Bank Act (though he has spoken highly of opening up New York to cryptocurrency and has said he will accept his first three city paychecks in Bitcoin).

But backers remain upbeat, in part because of New York’s slow COVID-19 recovery.

“The momentum is building,” Morrison said. “We are really excited about it, and we think this is the year for sure. There is definitely a groundswell.”

When asked if he would bet money that the next public bank would be in New York State, Morrison did not miss a beat.