Want to be a Criminal in America? Stealing Billions is Your Best Bet to Go Scot-Free

A wave of shoplifting crimes are attracting front-page news, while the $15 billion stolen by corporations from workers receives no coverage at all

December 8, 2021 Judd Legum The Guardian
Printer friendly
Want to be a Criminal in America? Stealing Billions is Your Best Bet to Go Scot-Free Published December 8, 2021 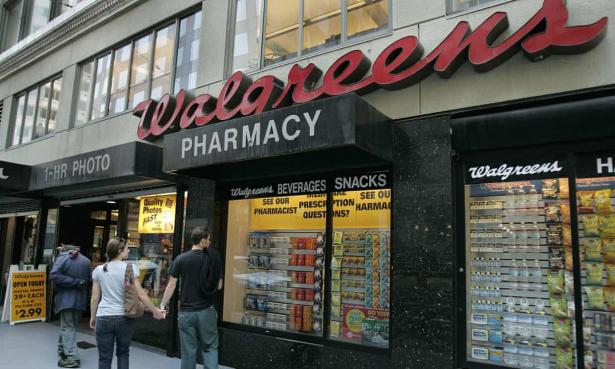 ‘Walgreens workers in California were able to recover wages lost from wage theft by filing a class-action lawsuit. But, for many workers, that kind of lawsuit isn’t an option.’, Photograph: Ben Margot/AP

In the United States, only certain types of theft are newsworthy.

For example, on 14 June 2021, a reporter for KGO-TV in San Francisco tweeted a cellphone video of a man in Walgreens filling a garbage bag with stolen items and riding his bicycle out of the store. According to San Francisco’s crime database, the value of the merchandise stolen in the incident was between $200 and $950.

According to an analysis by Fair, a media watchdog, this single incident generated 309 stories between 14 June and 12 July. A search by Popular Information reveals that, since 12 July, there have been dozens of additional stories mentioning the incident. The theft has been covered in a slew of major publications including the New York Times, USA Today and CNN.

In most coverage, the video is presented as proof that there are no consequences for shoplifting in San Francisco. But the man in the video, Jean Lugo-Romero, was arrested about a week later and faces 15 charges, including “grand theft, second-degree burglary and shoplifting”. He was recently transferred to county jail where he is being held without bond.

Just a few months earlier, in November 2020, Walgreens paid a $4.5m settlement to resolve a class-action lawsuit alleging that it stole wages from thousands of its employees in California between 2010 and 2017. The lawsuit alleged that Walgreens “rounded down employees’ hours on their timecards, required employees to pass through security checks before and after their shift without compensating them for time worked, and failed to pay premium wages to employees who were denied legally required meal breaks”.

Walgreens’ settlement includes attorney’s fees and other penalties, but $2,830,000 went to Walgreens employees to compensate them for the wages that the company had stolen. And, because it is a settlement, that amount represents a small fraction of the total liability. According to the order approving the settlement, it represents “approximately 22% of the potential damages”.

So this is a story of a corporation that stole millions of dollars from its own employees. How much news coverage did it generate? There was a single 221-word story in Bloomberg Law, an industry publication. And that’s it. There has been no coverage in the New York Times, USA Today, CNN, or the dozens of other publications that covered the story of a man stealing a few hundred dollars of merchandise.

While Lugo-Romero has been behind bars since June on allegations that he stole several thousand dollars in a series of shoplifting incidents, no one at Walgreens has had to take personal responsibility for stealing millions from its employees. Stefano Pessina, who served as Walgreens’ CEO during the majority of the alleged wage theft, saw his compensation rise from $7,133,155 in 2015 to $17,483,187 in 2020. In 2021, Pessina transitioned from CEO to executive chairman. Pessina’s 2021 compensation is not yet available, but the previous executive chairman made $8,797,713 last year. Needless to say, neither Pessina nor any Walgreens employee has had to spend any time in jail as a result of millions in wage theft.

Lugo-Romero’s alleged thefts are part of a larger problem of retail theft. But, after accounting for all retail theft, Walgreens recorded $2.3bn in profits in fiscal year 2021. Walgreens is still a highly profitable business. Meanwhile, the median Walgreens employee makes just $33,396. When the company steals hundreds or thousands of dollars in wages from its employees, it has a real impact on workers who are struggling to make ends meet.

The only way in which Walgreens is an aberration, unfortunately, is that it had to pay some of its employees back. Numerous companies steal billions in wages from workers in the United States each year. It is a crime that is seldom prosecuted – or covered in the media.

Wage theft occurs whenever an employer doesn’t pay workers according to the law. And it can take many forms. Sometimes employers fail to pay minimum wage. Sometimes employers don’t pay overtime to employees who work more than 40 hours a week. In other cases, employers force workers to perform tasks “off the clock” and without pay.

A 2017 study of minimum wage violations, which is just one kind of wage theft, found that in the 10 most populous states “2.4 million workers lose $8bn annually (an average of $3,300 per year for year-round workers) to minimum wage violations –nearly a quarter of their earned wages.” In these states, wage theft affected “17% of low-wage workers, with workers in all demographic categories being cheated out of pay”. A typical victim of wage theft “is losing, on average, $3,300 per year and receiving only $10,500 in annual wages.”

If similar levels of wage theft are found in other states, it suggests “the total wages stolen from workers due to minimum wage violations exceeds $15bn each year.” That’s more than the value of stolen goods in all property crimes, according to the latest FBI statistics.

Shoplifting is just a small fraction of total property crime because more than half of the value of all stolen property comes from stolen vehicles and currency. Nevertheless, media coverage of shoplifting vastly exceeds media coverage of wage theft. A search of United States publications in the Nexis news database reveals 11,631 stories mentioning shoplifting so far in 2021. Over the same period, the same outlets published just 2,009 stories mentioning wage theft.

The disproportionately low media coverage for wage theft is partly due to lack of media interest. But it is also a product of grossly inadequate resources for enforcement.

Federal enforcement of wage theft falls under the purview of the Wage and Hour Division (WHD) of the US Department of Labor. According to research by Northwestern University professor Daniel Galvin, in 1948 “the WHD employed 1,000 investigators and was responsible for protecting 22.6 million workers.” Today, according to a report in NBC News, 765 federal investigators are responsible for protecting 143 million workers.

At the same time, corporations have “increasingly embraced subcontracting, franchising, and supply chain models”. These trends both put workers more at risk of wage theft and make it more difficult to lodge a complaint. Fewer employees are represented by a union and it is common for workers to have little or no interaction with the people responsible for paying fair wages.

Walgreens workers in California were able to recover wages lost from wage theft by filing a class-action lawsuit. But for many workers, that kind of lawsuit isn’t an option.

California is one of a handful of states – along with Minnesota, New York, Oklahoma, Massachusetts and Virginia – that offer protections against wage theft beyond federal law. But in some areas, employees are increasingly required to waive their right to sue for wage theft as a condition of employment.

According to a report from the National Employment Law Project (NELP), “75.75m workers in the United States earning less than $13 per hour ... were subject to forced arbitration in 2019”. Millions of these workers are victims of wage theft. But the “employer-imposed collective and class-action waiver” prohibits them from joining forces to take on employers who cheat. Instead, disputes are pushed into private arbitration, a forum that is notoriously friendly for corporations.

This means the only way to recover stolen wages would be for each employee to individually file a complaint. This is something most employees will never have the time or knowledge to do. With few exceptions, they cannot afford legal representation. And even if everyone were able to figure out how to challenge their employer themselves, “public agencies, operating at their current capacity, could recover less than 4%” of wages stolen from employees locked out of class action lawsuits.

A piece of federal legislation, the Forced Arbitration Injustice Repeal Act, would prohibit companies from forcing employees to forfeit access to the legal system. This would allow victims of wage theft to join forces and seek recovery in court. And, perhaps, it could pressure more employers to follow the law in the first place.

Judd Legum is the founder and author of Popular Information, an independent newsletter dedicated to accountability journalism, where this post originally appeared.