The Most Anti-Semitic President in History

Trump combines militant support for Israeli expansionism with irrepressible contempt for the Jews and all they stand for. 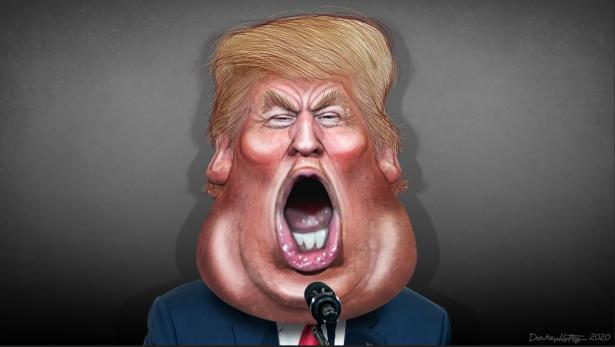 Donald Trump is the most openly anti-Semitic president in American history. There is no close second. While many presidents expressed anti-Semitic beliefs in private, only Trump has done so repeatedly, and usually in public.

If you go through the list of classic anti-Semitic beliefs, Trump has checked off nearly every box:

— Jews are natural negotiators (“I’m a negotiator, like you folks”)
— Jews buy off politicians (“You want to control your own politician”)
— Jews are loyal to Israel more than any other country where they live (in 2019, he described Israel’s Benjamin Netanyahu to a group of American Jews as “your prime minister.” In 2018 and 2020, he referred to Israel as “your country.”)
— Jews are inbred and selfish (“After phone calls with Jewish lawmakers,” the Washington Post reported, “Trump has muttered that Jews ‘are only in it for themselves’ and ‘stick together’ in an ethnic allegiance that exceeds other loyalties, officials said.”)

Trump’s rhetoric has often employed anti-Semitic tropes, such as his 2016 tweet, borrowed from a white supremacist, using a Star of David to label Hillary Clinton as “corrupt” or his ad attacking “a global power structure that is responsible for the economic decisions that have robbed our working class, stripped our country of its wealth, and put that money into the pockets of a handful of large corporations and political entities,” over images of Janet Yellen, George Soros, and Lloyd Blankfein, all of whom happen to be Jewish.

In his most recent comments, Trump casually tells Barak Ravid, “It used to be that Israel had absolute power over Congress,” that Jews run the New York Times, and that “the Jewish people in the United States either don’t like Israel or don’t care about Israel.”

What has prevented this undisguised bigotry from exploding into a scandal — other than the normal dynamic where Trump’s misconduct is always being blotted out by other cases of Trump’s misconduct — is the unusual delinkage on the political right of anti-Semitism from support for Israel’s occupation of the West Bank.

Conservatives, including right-wing Jews, have long argued that support for Israel (in particular the Israeli right) matters far more than any other traditional measure of support for Jewish rights. In the 1990s, Norman Podhoretz once excused a deranged, conspiratorial anti-Semitic rant by Pat Robertson on the grounds that Robertson was a good ally to the Jewish State.

Like so many long-standing pathologies of right-wing politics, Trump represents a comical apotheosis. He combines militant support for Israeli expansionism with irrepressible contempt for the Jews and all they stand for. Trump’s anti-Semitism bleeds out into many aspects of his political style: his attacks on disloyal “globalists,” his demagogic manipulation of the “War on Christmas,” and his blood-and-soil nationalism. That Nazis, who sat out domestic partisan politics, have rallied behind Trump is no coincidence. He is the first major-party nominee to incorporate their themes.

The fact none of this will seriously register on the right as “anti-Semitism” is evidence that the right’s definition of the term has lost all meaning.