With the past half-century’s experience, it’s become harder to deny that suffering arises not from nature’s deficit but humanity’s failure—our failure to reverse the tightening concentration of wealth and the decline of democracies around the world. 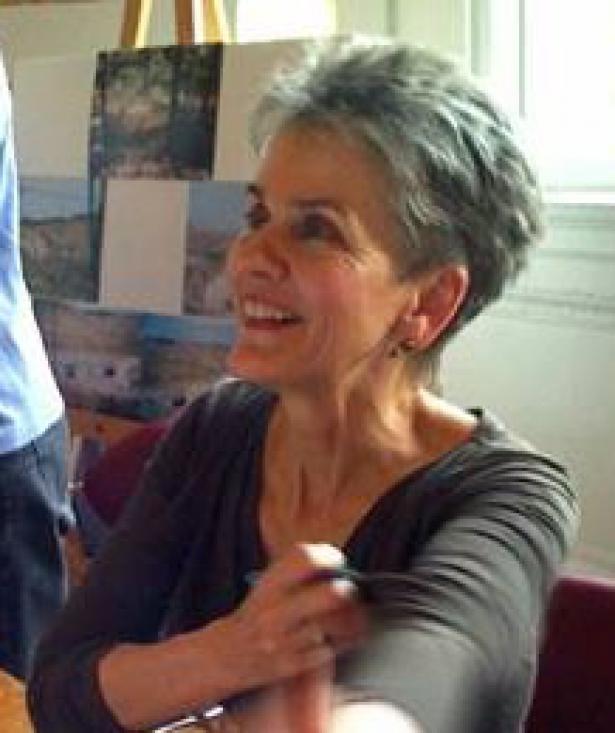 I am a child of the sixties, fed by its energy and hope.

In 1962, in its Port Huron Statement, Students for a Democratic Society called for participatory democracy, and it sure made sense to me.

Fresh out of college in 1967—and pumped up by recent, historic civil rights and voting rights wins—I joined Lyndon Johnson’s War on Poverty. I tried to live up to its premise of “maximum feasible participation” as I worked in Philadelphia side-by-side with single moms seeking decent housing.

But by the late 1960s, a very different energy gripped our culture: fear.

In 1968, Paul and Anne Ehrlich’s Population Bomb exploded, warning that we were nearing the limits of Earth’s ability to feed us. At the same time, Garrett Hardin’s “Tragedy of the Commons” argued that we were having too many babies, saying we can preserve “precious freedoms” only by “relinquishing the freedom to breed.”

At the time, millions of people were dying in African famines.

I had to know: Is scarcity behind all this suffering?

Fortunately, I had access to the agricultural library at the University of California, Berkeley. With my dad’s slide rule and a friendly librarian’s help, I dug in. Soon the math was undeniable: Our world was producing enough food for all, but our meat-centric food system involved staggering amounts of waste.

We couldn’t blame population growth for hunger and starvation. Instead, our supposedly bright species was actively creating scarcity, regardless of how much food we were growing.

I was shocked. I had to share the great news: We are not fated to overrun the Earth. Since we humans are creating the problem, we can fix it.

So I began with a one-page handout, and soon my book, Diet for a Small Planet, was born.

Having discovered the vast waste built into our meat-centered diet, I wanted no part of it. 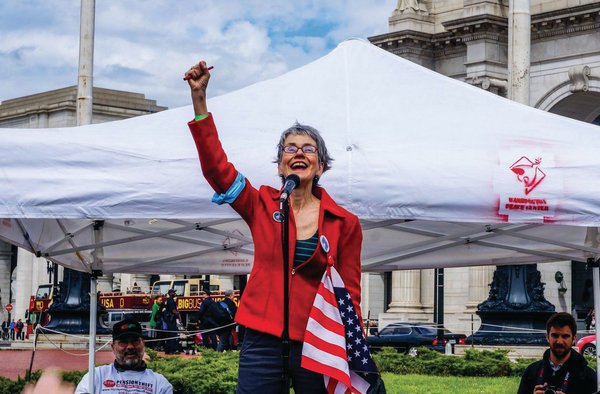 Frances Moore Lappé at the Democracy Spring rally near the steps of the Capitol in Washington, D.C., on April 11, 2016. After marching from Philadelphia to the capital, she was arrested along with over 1,300 others in the largest American civil disobedience action of the 21st century, calling for democracy reforms to remove the power of big money and to protect the right to vote for all citizens.

For me, choosing a “plant-and-planet-centered” diet was an act of rebel sanity. Every day, I could say no to our destructive and unjust food system. In my new food choices, I was no longer a mere victim or observer but a locus of power for the good of the Earth, others, and myself.

But, simultaneous with my “eureka” moment, a new tide of fear was rising.

What in the 1960s stirred hope—the possibility that all might gain their rightful voice in our democracy—now felt downright threatening to some. The movements against poverty and war and for civil rights and women’s rights terrified many in the ruling class.

The resulting “Confidential Memorandum,” dated August 23, 1971, sounded an alarm. “The American economic system is under broad attack,” Powell declared. “[It is] in deep trouble, and the hour is late.” Powell called for sweeping initiatives to protect against “bureaucratic regulation.”

Well-placed people took Powell’s advice to heart with immediate results. Between 1971 and 1982, the number of firms with registered lobbyists in Washington, D.C., rose almost fourteen-fold to 2,445. More money than ever poured into elections. Court rulings largely did away with limits on spending by candidates and their corporate supporters. In the past two decades alone, spending in elections has jumped more than three-fold to $14.4 billion.

In the decade following Powell’s memo, Ronald Reagan swept into the White House by decrying government as “the problem” and celebrating the “magic of the marketplace.”

What Powell began has become the law of the land. Today, there is no question that business is in the driver’s seat.

Fifty years ago, we believed that scarcity was the biggest threat. But, in fact, there is no scarcity. People go hungry not because of a lack of food, but a lack of power. Hunger is not inevitable; it is a choice we inflict on others.

What can crack this false frame? When will its disconnection with our lived reality become too great?

Consider, for example, the United Nations data that confirms that the world’s absolute supply of food has been steadily increasing since the agricultural boom of the 1970s. Yet, three billion of us still cannot afford healthy food, and one in five children under the age of five are stunted, leading to lifelong problems.

With the past half-century’s experience, it’s become harder to deny that suffering arises not from nature’s deficit but humanity’s failure—our failure so far to establish just rules and norms to reverse the tightening concentration of wealth and the decline of democracies around the world.

Today, just over 2,000 billionaires—a group that could easily fit into my town’s high school!—now control more wealth than 60 percent of the world’s population. And the United States now ranks behind almost sixty nations in the quality of our democracy, according to a report by Freedom House.

Waste? Here’s a measure: Roughly 80 percent of the world’s agricultural land now goes to support livestock, which provide only about 20 percent of our calories.

What I’ve learned in the past half-century is that the power of belief—that is, the scarcity scare—has led to a huge loss of precious time. It has kept us focused on measuring quantities instead of improving relationships.

But a better way of seeing is arising: We have not overrun the Earth with people. We’ve wrecked the very ecology on which all life depends.

Tightly held political and economic power threatens all. But engaged citizens—stirred by crises ranging from climate change to racial justice to labor rights to reproductive choice—are beginning to come together, naming and tackling the deepest root, that of our democracy deficit.

False fears have long distracted us, dangerously enabling power to concentrate. Now let us put our legitimate fear to good use. With the courage to ensure all voices are heard, we each can contribute to saving life on our small planet.

What could be more glorious?