Tutu’s reconciliation efforts were supposed to be followed by justice for apartheid victims. That is yet to happen. 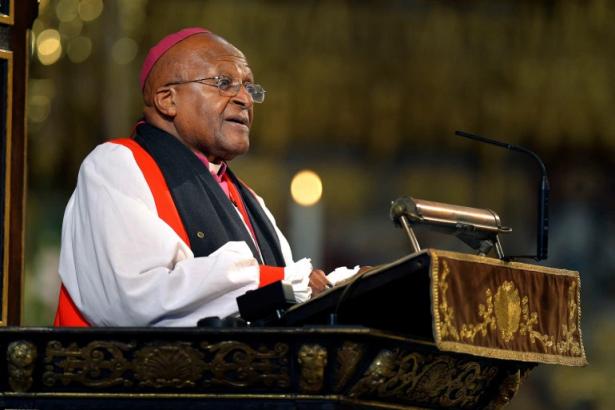 South African Archbishop Emeritus Desmond Tutu passed away at the age of 90 on December 26, John Stillwell, Pool Photo via AP

Archbishop Desmond Tutu, who passed away on December 26, was a tireless campaigner for justice. Though he officially retired in the mid-1990s, he never stopped haranguing those in power and expecting them to do better. As he famously said, “I wish I could shut up, but I can’t, and I won’t.” Over the course of his life, many of his opponents wished the same. Thankfully for South Africans of all ages, the Arch, as he was affectionately known, never learned to keep quiet.

There was no voice quite like his, and his passing is a reminder that the task of bringing justice to the racially traumatised nation he tried to help heal remains unfinished business. Tutu dedicated his life to non-racialism – a peculiarly South African phrase describing a utopian vision that went beyond equality and spoke to a deeper desire to connect with authenticity across racial, ethnic, class and gender divides.

Today nonracialism has fallen out of favour in the country. The kind of hope Tutu espoused is in short supply at the moment. In the last decade or so South Africans have lost their innocence and even the most ardent champions of racial and economic justice find it hard to call for much more than tolerance. For Tutu, of course, there was no room for such an anaemic response to social justice. His enthusiasm for ending oppression seeped out of him in tears and giggles and whoops; his love for people – “abantu” –  was infectious.

Many people divide Tutu’s activism into two parts: his efforts to end apartheid (for which he won a Nobel Peace Prize in 1984 before the award lost some of its moral sheen); and his efforts to build a nation in which South Africans could embody the ideals of the Rainbow Nation he and his friend and comrade Nelson Mandela spoke of with such eloquence. He was widely admired for the former and was more controversial in respect of the latter although, of course, there was little difference between Tutu before and after South Africa’s freedom.

In the 1970s and 1980s, Tutu served as general secretary of the South African Council of Churches and thus occupied a crucial – and perhaps singular – space in the South African liberation movement. He was at the forefront of an era of marches and boycotts, but he was also called upon to minister to the grieving at scores of funerals in the bloodiest period of the South African conflict.

Those were grim times and Tutu was often at the centre of the fray. It was during this period that the now iconic image of Tutu emerged. He was often “a solitary figure in his purple cassock”, negotiating with police to let mourners express their pain.

It came as no surprise that Tutu was awarded the Nobel Peace Prize. In his acceptance speech he wondered if, “oppression dehumanises the oppressor as much as, if not more than, the oppressed”. He suggested that the oppressed and the oppressor “need each other to become truly free, to become human. We can be human only in fellowship, in community, in koinonia, in peace.”

A decade later his country was free, and Tutu was able to test his theory. In 1995, a year after the historic elections that ushered in the African National Congress (ANC) and put Mandela into the role of president, he was appointed as the chair of the country’s new Truth and Reconciliation Commission (TRC), a new entity designed as an experiment in collective healing.

Internationally, the TRC was widely acclaimed for prioritising reconciliation over revenge. At home, there were mixed feelings. On the one hand, the public hearings held by the commission modelled the kind of transparency that had never been seen before – apartheid thrived in the dark of course. On the other hand, Tutu’s insistence on forgiveness sometimes manifested as an institutional reluctance to pursue tougher forms of accountability than forgiveness.

As the TRC collected evidence of wrongdoings perpetrated under apartheid, Tutu wept and harangued and pleaded with witnesses, trying desperately to cajole them into admitting wrongdoing and asking for forgiveness. This was often charming and sometimes confounding.

In a now infamous series of exchanges, Tutu begged Winnie Madikizela-Mandela to apologise to Joyce Seipei, the mother of Stompie, a child she was alleged to have played a role in the killing of in the late 1980s. She apologised, though she was bitter about the exchange for years afterwards.

Today a generation of activists who know little else of Tutu and who hold up Madikizela-Mandela as their hero see Tutu as having been too hard on her. They are not wrong, of course. Still, Tutu was also scathing when it came to addressing former apartheid leaders, like FW De Klerk, who lied and withheld crucial information during their testimonies.

Tutu was neither made nor broken by the difficult exchanges that took place in the context of the TRC. He was a man with nothing to prove and he ran the commission with a deep sense of love and a commitment to truth-telling and forgiveness. This instinct sometimes overshadowed his country’s need for tangible justice, for perpetrators to serve time behind bars and for victims to be provided the details of where their loved ones had been killed.

In the end, however, the most important critiques of the TRC have little to do with Tutu. By focusing on the stories of the most obviously wounded – the relatives of the tortured and murdered – the commission missed an important opportunity to address the structural and systemic impact of apartheid. In other words, in spite of its harrowing stories and its scenes of spectacular grief, the TRC was never given a full mandate to address the group effects of apartheid – the loss of opportunity wrought on generations of Black people by naked racism.

To be sure it is almost impossible to tally such a loss. How do you add up the harms done and would an exact figure lessen the pain? The burden of answering this question falls on the new generation.

The TRC handed a list of apartheid operatives who were thought to have been involved in killing anti-apartheid activists to the National Prosecuting Authority. In the two decades since then, successive ANC governments have done nothing to bring those people to justice, nor have they ever agreed to address the question of redress and compensation for all the victims of apartheid.

The fault for this does not lie with Desmond Tutu. To the contrary, his death reminds us of the unfinished business of the transition from apartheid to democracy. This was not his business – it is ours.

The jaded among us would do well to heed the great man’s words. With his trademark bluntness, Tutu said, “If you want peace, you don’t talk to your friends. You talk to your enemies.”  This insistence on reaching out and across all sorts of divides was the key to his effectiveness.

I am not sure I would be free to be me today had he not put on that purple robe day after day trying to make peace where only moments before there had been strife. For this I – and many South Africans, Black and white – owe him everything.