President Vladimir V. Putin of Russia and President Xi Jinping of China, meeting in a video summit, sought mutual support in their conflicts with the West but have not yet declared a formal alliance. 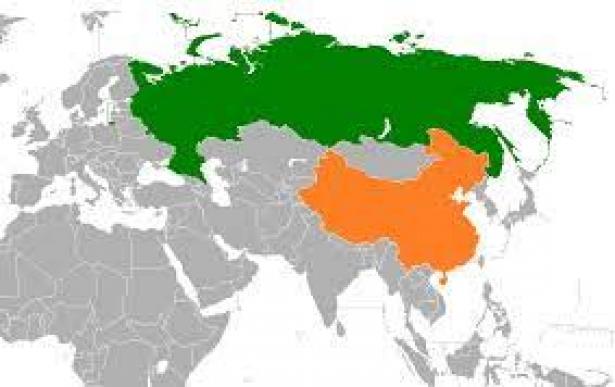 MOSCOW — President Biden may have his alliance of democracies, but as a video summit on Wednesday underscored, Russia and China still have each other.

President Xi Jinping of China, facing a diplomatic boycott of this winter’s Beijing Olympics from Mr. Biden and others, secured a public pledge from President Vladimir V. Putin of Russia that he would attend — the first national leader to R.S.V.P.

The videoconference between Mr. Xi and Mr. Putin on Wednesday — the 37th time the two men had met since 2013, according to Mr. Xi — was both a show of solidarity between two autocrats battling Western pressure and a display of the kind of mutually beneficial, increasingly tight partnership their two countries are building.

“We firmly support each other on issues concerning each other’s core interests and safeguarding the dignity of each country,” Mr. Xi told Mr. Putin, according to reports in the Chinese state news media.

There is still plenty of friction between Russia and China, onetime adversaries that share a land border stretching more than 2,600 miles, over matters like Siberian logging and history. But on trade, security and geopolitics they are increasingly on the same page, forming a bloc trying to take on American influence as both countries’ confrontations with the United States deepen.

The two countries do not have a formal alliance. But Mr. Xi told Mr. Putin that “in its closeness and effectiveness, this relationship even exceeds an alliance,” according to a Kremlin aide, Yuri V. Ushakov, who briefed reporters in Moscow on the meeting after it ended.

The two leaders discussed forming an “independent financial infrastructure,” Mr. Ushakov said, to reduce their reliance on Western banks and their vulnerability to punitive measures from the West. And they floated a possible three-way summit with India, evidence of their broader geopolitical ambitions; Mr. Putin traveled to New Delhi to meet with Prime Minister Narendra Modi last week.

“A new model of cooperation has been formed between our countries — one based on foundations like noninterference in domestic affairs and respect for each others’ interests,” Mr. Putin told Mr. Xi in televised remarks.

In a bit of symbolic stagecraft, both men spoke with both the Chinese and Russian flags in the frame behind them — in contrast to Mr. Putin’s videoconference last week with Mr. Biden, when Mr. Putin spoke next to only the Russian flag.

Get Ready for the 2022 Beijing Winter Olympics

Just months after Tokyo, the Olympics will start again in Beijing on Feb. 4.

Analysts say that an important factor in Russian-Chinese ties is the personal chemistry between Mr. Putin and Mr. Xi, both men in their late 60s who have consolidated control over their countries’ political systems. Mr. Xi addressed Mr. Putin as his “old friend,” while the Russian president called his Chinese counterpart both his “dear friend” and “esteemed friend.”

But Mr. Xi and Mr. Putin came to Wednesday’s meeting with very different near-term priorities. For Mr. Xi, the summit was a chance to deflect mounting criticism over China’s actions in crushing the pro-democracy movement in Hong Kong, in menacing Taiwan and in repressing Muslim minority groups in western China, and over a host of lower profile issues.

He hopes to show that China is not isolated diplomatically, especially on the eve of the Winter Olympics, which are intended to showcase China’s global stature, not the souring of its relations with much of the world.

“I expect that in February of next year, we will finally meet in person in Beijing,” Mr. Putin told Mr. Xi, addressing the Olympics in his televised opening remarks. “We have unfailingly supported each other in questions of international athletic cooperation, including in not accepting any attempts to politicize sports or the Olympic movement.” 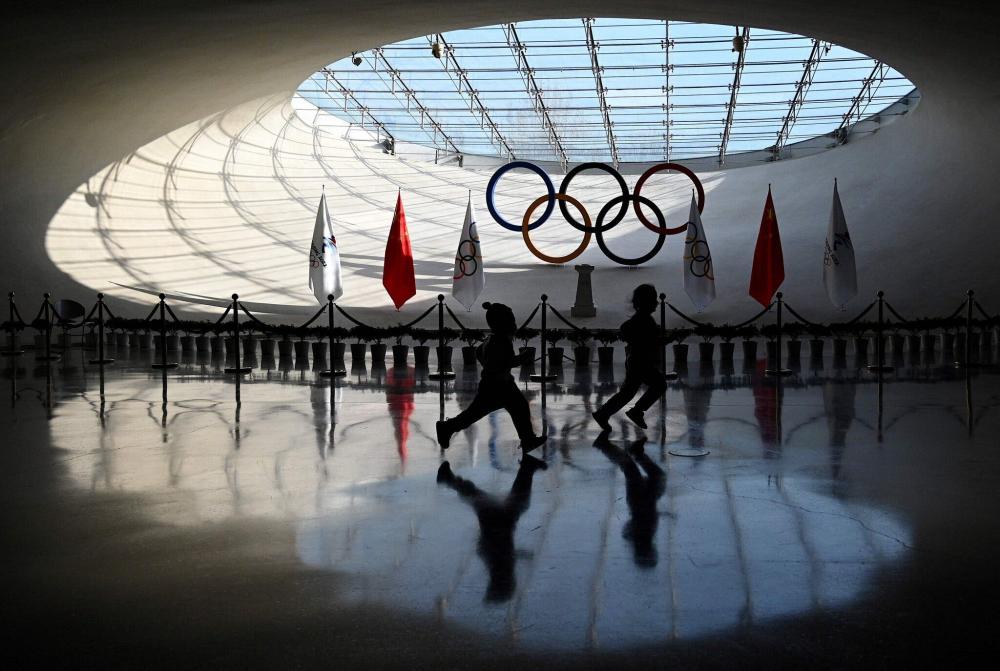 Children running inside the Beijing Olympic Tower this week. Mr. Putin said that he would attend the opening ceremony of the Winter Games in the city in February .Credit...Noel Celis/Agence France-Presse — Getty Images

For Mr. Putin, the talks came at a high-stakes moment in his brinkmanship over Western influence in Ukraine. Karen Donfried, the American assistant secretary of state for European and Eurasian Affairs, was in Moscow on Wednesday for talks on Ukraine. Mr. Ushakov said that Russian officials presented her with a proposal detailing Mr. Putin’s previously stated demands that the West roll back its military support for Ukraine and rule out the expansion of the NATO alliance to include Ukraine or other countries in the region.

Western officials are alarmed by Russian troop movements near the Ukrainian border, worrying that Russia could be threatening an invasion even as it makes diplomatic demands. The Chinese public account of the meeting mentioned neither Ukraine nor NATO, but appeared to allude to Russia’s security concerns over them.

Understand Russia’s Relationship With the West

The tension between the regions is growing and Russian President Vladimir Putin is increasingly willing to take geopolitical risks and assert his demands.

“China and Russia should carry out more joint actions to more effectively safeguard the security interests of both parties,” Mr. Xi told Mr. Putin, according to the Chinese account.

The leaders’ united front in the meeting seemed intended as a riposte to the “Summit for Democracy” that Mr. Biden hosted last week, widely viewed as an effort to build a bulwark against authoritarian governments like those in Russia and China.

“Certain international forces under the guise of ‘democracy’ and ‘human rights’ are interfering in the internal affairs of China and Russia,” Mr. Xi said, according to the Chinese account. “Whether a country is democratic, and how to better realize democracy, can only be judged by its own people.”

Cheng Xiaohe, a professor at the Renmin University’s School of International Studies in Beijing, said the relationship between the two countries gave their leaders the opportunity to demonstrate “mutual support and joint confrontation” in facing the United States. That is especially true at a time of economic uncertainty and rising international tensions. 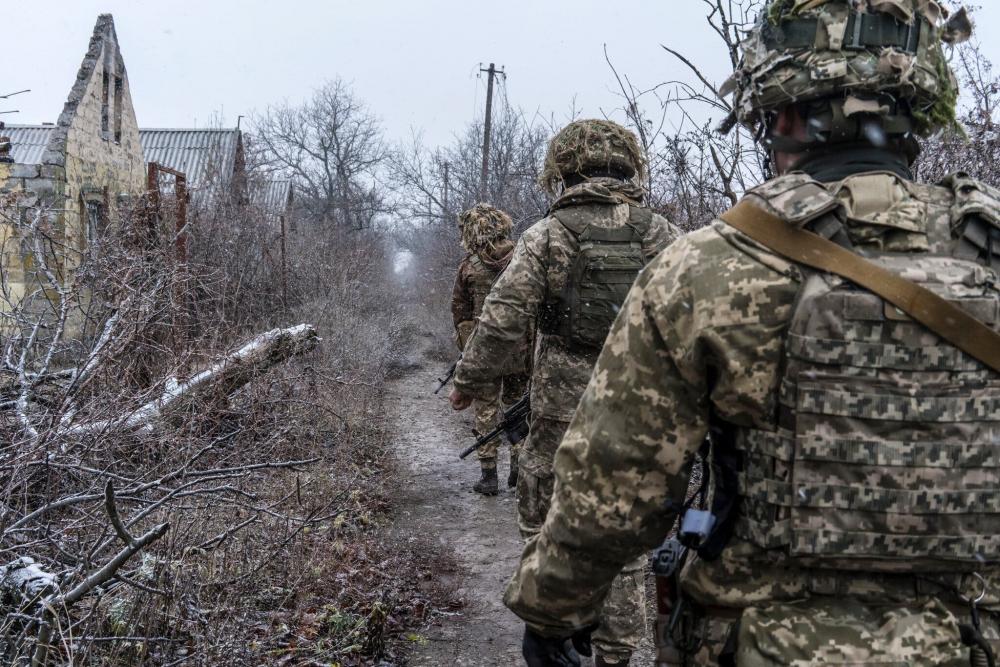 Ukrainian soldiers on patrol this month near the city of Avdiivka, in eastern Ukraine.Credit...Brendan Hoffman for The New York Times

“Both China and Russia face the same pressure from the United States,” he said. “Therefore, the two countries need to support each other in diplomacy.”

The Russian and Chinese leaders meet or speak often — though only virtually since the pandemic began. What was unusual about Wednesday’s meeting was China’s effort to telegraph its message in advance.

“Close strategic coordination” between the two countries is essential in today’s turbulent world, a spokesman for the Chinese Foreign Ministry said this week.

The two countries have deepened a relationship that, over the decades, has been fraught with suspicion and, in 1969, erupted into a border clash near Khabarovsk.

When Russia faced sanctions following the annexation of the Ukrainian peninsula of Crimea in 2014, Mr. Putin turned to China to soften the blow, stepping up trade across the border from energy to timber.

That same year, Russian public opinion of China improved sharply; 70 percent of Russians now have a positive attitude toward the country, according to the Levada Center independent pollster — far better than their view of the United States, the European Union or Ukraine.

The militaries of both countries have also stepped up joint exercises and even operations, including in the air and, for the first time in October, naval patrols in the Pacific. They have also pledged to explore space together. 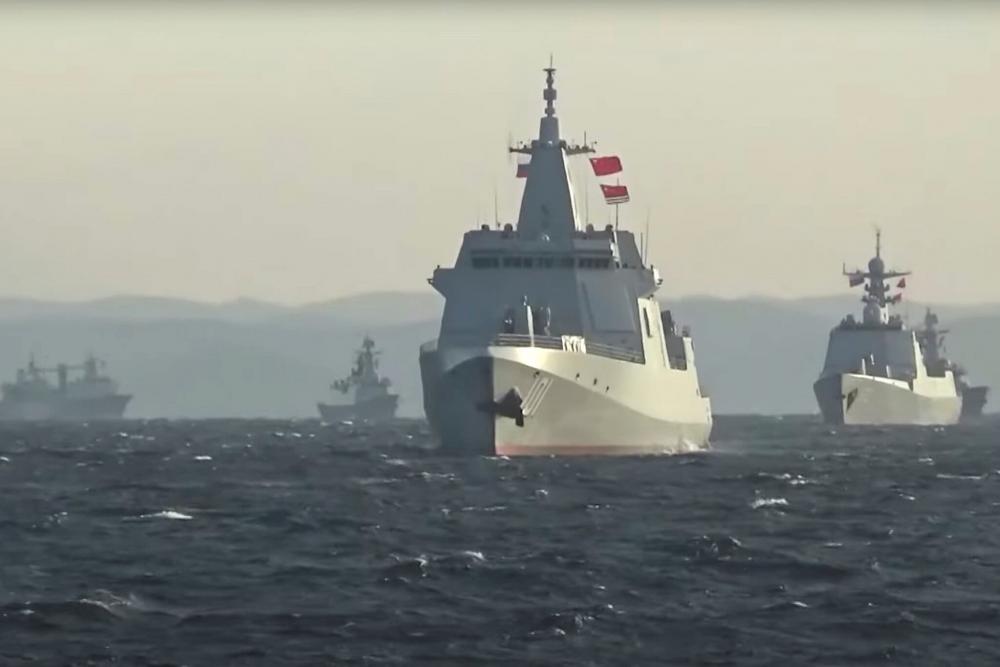 Before Wednesday’s call, Dmitri Rogozin, the head of Russia’s space program, said that a proposed Russian-Chinese lunar station “will be based on principles of equal partnership, transparency and consensus in the decision-making process” — in contrast, he said, to the terms set by the United States in its lunar station project.

Even so, there are limits to this united front.

China has never recognized the annexation of Crimea, for example, nor does Russia side with China on its expansive claims in the South China Sea. They have also stopped short of binding themselves in a formal treaty alliance, preferring to maintain their ability to act independently and flexibly.

“I do not think they are yet at a point where Beijing would endorse any adventurous action in Ukraine, nor would Russia eagerly side with China if the Chinese decided to invade Taiwan,” said Sergey Radchenko, a professor a professor at the Johns Hopkins School of Advanced International Studies Europe, who has written extensively on the relationship.

“I would imagine that they would each show a degree of benevolent neutrality toward the other.”