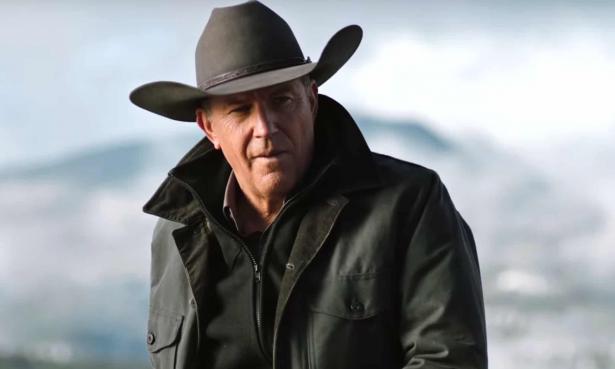 Yellowstone, a violent drama about familial legacy and the tides of changes in the mountains of Montana, is the most-watched show on cable in the US, though depending on where you live, you might not know it.

The Paramount Network drama starring Kevin Costner as the stony, scheming owner of the largest contiguous ranch in the US drew over 11 million people for its fourth season finale earlier this month without streaming, ratings not seen since the heyday of such 2010s staples as Game of Thrones or The Walking Dead, which were both broadly popular and critically feted. (The HBO fantasy epic’s sixth season, for example, averaged 10.61 million first-week viewers including streaming; AMC’s zombie apocalypse staple peaked in its fifth season from 2014-2015 with an average of 14.4 million viewers per episode).

Yet despite batting in the same league as Thrones and The Walking Dead without a clear streaming outlet (full seasons were licensed to NBC’s Peacock, while new episodes land on CBS’s nascent streaming network Paramount+), Yellowstone doesn’t court the critical attention or media scrutiny as its ratings predecessors. Co-creator Taylor Sheridan (who also serves as head writer and occasional director) has drawn accolades for gritty neo-westerns such as Sicario, Hell or High Water and Wind River, but Yellowstone, which premiered in 2018, has been ignored by awards shows. (It received its first major nomination, a 2022 Screen Actors Guild nod for best ensemble in a drama, on Wednesday.) Culture websites such as Vulture and the Ringer publish episode-by-episode recaps, but there’s not nearly the essays, media Twitter chatter or substantive analyses of, say, HBO’s Succession, the buzzy and bruising portrait of a media conglomerate family which parallels Yellowstone’s thematic frame – mega-wealth, squabbling siblings, a family guarding its assets – and offers a stark contrast to its lack of critical attention.

Streaming was supposed to be the great equalizer, for either access to content (see: global megahits like Netflix’s Squid Game, the South Korean dystopian drama which reached a whopping 111m households worldwide in late 2021) or its segmentation into competitive platforms warring for their niche and slice of IP. Yellowstone presents a fascinating rebuke to these trends: a word-of-mouth hit in the heartland, for lack of a better term for the loose but distinct geographical segmentation in the US, and a phenomenon of cultural silos between urban-skewing consumers of premium cable and ex-urban (smaller cities surrounded by agricultural land, suburbs, small towns, rural communities) consumers of basic cable. Paramount is building a popular universe around the success of Yellowstone – the prequel 1883, starring the country super couple Tim McGraw and Faith Hill as well as Sam Elliott, scored the biggest debut for a cable show since 2015 in December – and a good portion of the country hasn’t noticed.

It’s difficult not to compare Yellowstone and Succession, both on a superficial level and as an indicator of cultural bubbles. Though tonally opposite – Succession is serrated, cynical and lyrically profane, Yellowstone elegaic, melodramatic and prone to philosophical musings – both depict ultra-wealthy scions scrambling to protect their assets (a media conglomerate akin to Rupert Murdoch’s News Corp; a ranch the size of Rhode Island) from threats outside the family (other companies; property developers and Native American tribes seeking restitution).

Both traffic in arcane business disputes (hostile takeovers and shareholder meetings, land and water use rights). Both patriarchs prefer to travel via helicopter, while the offspring (three sons and one daughter, the hardest of them all) compete for attention and approval. Both have established lush visual motifs to communicate elevated ambitions – for Succession, airy and impersonal luxury suggest the utter soullessness of mega-wealth; for Yellowstone, wide-shots of mountainous country and unsparing depictions of ranch work argue one’s land is the soul worth fighting for.

But for all the cultural fixation, Succession only pulls a fraction of Yellowstone’s audience. The Emmy-winning drama drew its largest audience to date, 1.7 million viewers across all platforms (including HBO Max), for its third season finale in December, largely concentrated in major cities where it has grown as a word-of-mouth hit (and meme generator) for the online; 73% of its audience for the recent finale were located in so-called A markets such as New York, Los Angeles and Chicago.

Yellowstone, by contrast, has ballooned in popularity outside of the major markets, which account for 28% of its fourth season viewers, according to the Wall Street Journal. The season premiere in November 2021, for example, drew 14.7 million viewers without streaming, and performed particularly well in smaller cities whose agricultural foundations resonate with the show’s bread-and-butter sequences of ranching and focus on property disputes – Abilene, Texas; Boise, Idaho; Cedar Rapids, Iowa; Lexington, Kentucky; and Topeka, Kansas, not to mention the area around Bozeman, Montana, where the show is largely set.

Part of this divide comes down to the mechanics of delivery – basic cable, which contains the Paramount Network, reached peak market saturation in 2010 with 105m households; as of 2021, it’s down to approximately 82.9 million, and skews older. HBO and HBO Max, a premium cable network and streaming service, had in contrast 45.2 million US subscribers last year. Part is due to savvy marketing pushes by Paramount’s parent company, ViacomCBS, which has pushed the show in smaller markets. And part comes down to theme: more than anything else, Yellowstone is preoccupied with property ownership – most conflicts stem from Costner’s John Dutton and his family striving to keep the ranch in their name – an idealization of the American dream of homeownership that resonates with audiences outside cities of mobile renters, and in places where possession of physical assets dictates local power. 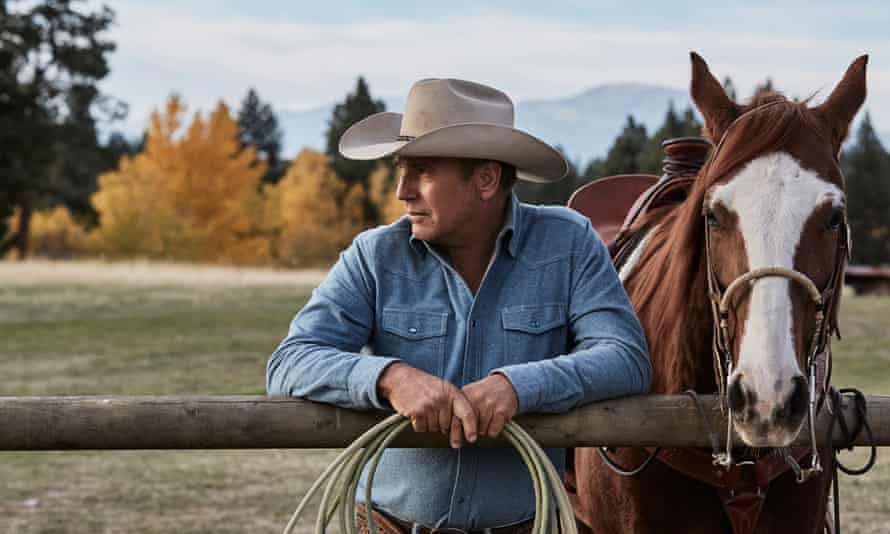 In other words, Yellowstone is the show of what historian Patrick Wyman has called the American Gentry – the class of land and business-owning local elites in smaller markets across the country, whose politics tend to skew conservative and whose influence tends to go under-covered in comparison to flashy oligarchs, billionaires and those whose wealth isn’t tied to a specific place. As inherited wealth in the US tends to go, this class is disproportionately white, as is Yellowstone’s audience; the show consistently scores among TV’s least diverse viewership in the US (in February 2021, for example, Yellowstone drove the lowest proportion of non-white viewership of all shows, with 23%, according to TV analytics firm Samba).

Yellowstone’s conservative ethos has led some commentators to champion it as a rebuke of liberal media – the former View host Meghan McCain, for example, attributed its success to being “not woke”, and several outlets have labeled it “prestige TV for conservatives”. Which is true, to an extent; Yellowstone is conservative in the lower-case sense, as in its main preoccupation is a sense of a way of life (that being white ranch owners) under threat by progress, outsiders and a changing culture. “I don’t know if it’s a uniquely American fear or just a human fear: the fear that a way of life is ending,” Sheridan told the New York Times in late December 2021. “It’s what drives our politics right now. I think it’s a massive theme, this fear of losing someone that you love or a place that you love. That’s pretty universal.”

Sheridan is on to something. It is an over-simplification to dismiss Yellowstone as “red-state Succession” but the show’s aspirational wealth and fantasy of victimhood (and genuinely entertaining romance, insults and conversational chess) has clearly resonated outside the bounds of critical buzz concentrated in liberal-leaning cities. Depending on your social circle, this is either self-evident or surprising – a fact that, like the show drawing millions of Americans to live television a week, demands serious scrutiny.

… we have a small favour to ask. We’d like to thank you for putting your trust in our journalism last year - and invite you to join the million-plus people in 180 countries who have recently taken the step to support us financially, keeping us open to all, and fiercely independent.

In 2021, this support sustained investigative work into offshore wealth, spyware, the 6 January insurrection, the corporate actors behind the climate crisis, and the abuses of Big Tech.

The new year, like all new years, will hopefully herald a fresh sense of cautious optimism, and there is certainly much for us to focus on in 2022 - the US midterms, the ongoing fight for racial justice, the next round in the struggle against the pandemic and a World Cup.