Without meaningful action to change the way hospital systems conduct their business in Minnesota, nurses warned, staffing shortfalls will only worsen, threatening the state’s reputation for quality patient care. 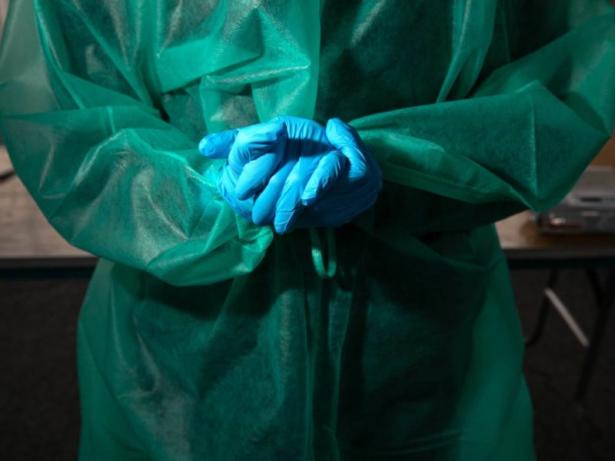 One day after Minnesota Gov. Tim Walz announced a $40 million plan to bolster hospital staffing with temporary hires, long-serving nurses from many of the state’s hospitals met with state and federal lawmakers to make clear that the crisis demands more than a quick fix.

The virtual town hall Jan. 13 drew over 200 participants, with members of the Minnesota Nurses Association logging on to sound the alarm about dangerously low staffing levels in their hospitals.

Many pinned the blame on administrators for ignoring signs of trouble well before the COVID-19 pandemic began. “This problem was not created overnight,” Allina nurse Vanessa Soldo-Jones said.

Without meaningful action to change the way hospital systems conduct their business in Minnesota, nurses warned, staffing shortfalls will only worsen, threatening the state’s reputation for quality patient care.

“We are tired of delivering substandard care and putting patients at increased risk due to lean staffing,” United Hospital nurse Ali Marcanti said. “Hospital administration has been cutting back on staffing year after year, with staffing grid changes that take very little patient acuity into account.”

Marcanti, Soldo-Jones and other union members offered a series of dire reports from the front lines of a pandemic that has strained Minnesota’s health care system. They described treating patients in hallways, leaving patients’ hygiene needs unmet and being tasked with transporting bodies to trailers serving as makeshift morgues.

“There is very often a list in the double digits of patients who are waiting for a bed to open up,” Abbott Northwestern intensive care nurse Kelly Anaas said. “But we don’t have enough nurses to staff all the ICU beds.”

Sue Schroeder, a mental health nurse who works with adolescents at Abbott Northwestern, said violent incidents in her unit have increased since administrators altered staffing minimums for nurses and support staff last spring.

Nine of her colleagues, Schroeder said, have sustained injuries severe enough to require extended medical leave, but administrators have given no indication that they intend to reverse course on staffing levels. “This is unconscionable,” she said.

Nurses described a snowball effect to the staffing crisis; the worse it gets, the more likely others are to leave the profession. Doreen McIntyre, a nurse at Children’s in Minneapolis, said she doesn’t blame colleagues who, after a wage cut, furloughs and two rounds of layoffs, decided to walk.

“Every day I work, nurses are making plans for the future, and the future does not sometimes include being a nurse anymore,” she said. “I also have had many days where I have weighed my options also.”

Burnout, Marcanti added, doesn’t begin to describe how nurses are feeling. And they aren’t alone. Weeks earlier, members of SEIU Healthcare Minnesota who work in hospitals held a similar event to voice concerns about their short staffing in their ranks.

“Every day we go home after a full, 8- to 16-hour shift of providing substandard care, it takes a little piece of us,” Marcanti said. “Every day we walk out that door knowing we could have done so much more for you if we were adequately staffed.”

In addition to their exhaustion and frustration, hospital nurses on the call expressed a shared perception that administrators have been alarmingly out of touch with what’s happening in their units. And it’s not for nurses’ lack of speaking up.

Nurses at Children’s Hospital, McIntire said, filed over 3,000 reports of unsafe staffing in 2021. Abbott Northwestern nurse Adiam Midekssa said she was sent home from her shift and disciplined for refusing to take more patients than she felt she could safely manage.

“I requested that the assignment be modified so I could provide safe patient care, but I was denied that and sent home,” Midekssa said. “Our goal is to keep our patients and ourselves safe, and I feel like things need to change so we can do that.”

The town hall meeting came a day after Gov. Tim Walz announced the state would spend $40 million in federal relief funds to reinforce staffing – primarily among nurses – in Minnesota hospitals. The funding will stretch across 60-day period.

The move was accompanied by calls from some lawmakers to allow nurses with licenses from other states to practice in Minnesota – a move union nurses warned would undermine the high quality of care Minnesotans expect.

“There is no surplus of nurses in other states,” MNA President Mary Turner, an ICU nurse at North Memorial, said. “We are training more than enough nursing students to meet the need here in Minnesota, but CEO’s have made our hospitals into places that push our nurses away from the bedside to serve the bottom line.”

Instead of lowering standards, union members said, hospitals and lawmakers should be doing more to retain registered nurses and bring those who have left the profession back into the fold. Equitable compensation, more training opportunities and greater flexibility, nurses said, should be part of the solution.

“What I’d like to see from the hospital administrators is a little more recognition of our humanity and our limits,” Anaas said. “The stresses that every single person … is living through as a result of this pandemic are happening to nurses too – and then we go to work.”

The solution must also include taking nurses’ concerns about safe staffing and quality care to heart, said Sen. Erin Murphy, herself a registered nurse. Lawmakers and hospital administrators too often have tuned out those concerns, despite work stoppages, lobbying campaigns and thousands of reports documenting unsafe staffing, Murphy said.

“For more than a decade you have been telling us that staffing is inadequate in the hospitals in Minnesota,” the St. Paul DFLer said. “You have brought to bear countless, thousands of unsafe staffing forms. You have come and testified. You have asked for relief. Part of the reason we are experiencing what we are experiencing now is because the hospitals were never prepared for this level of crisis.”